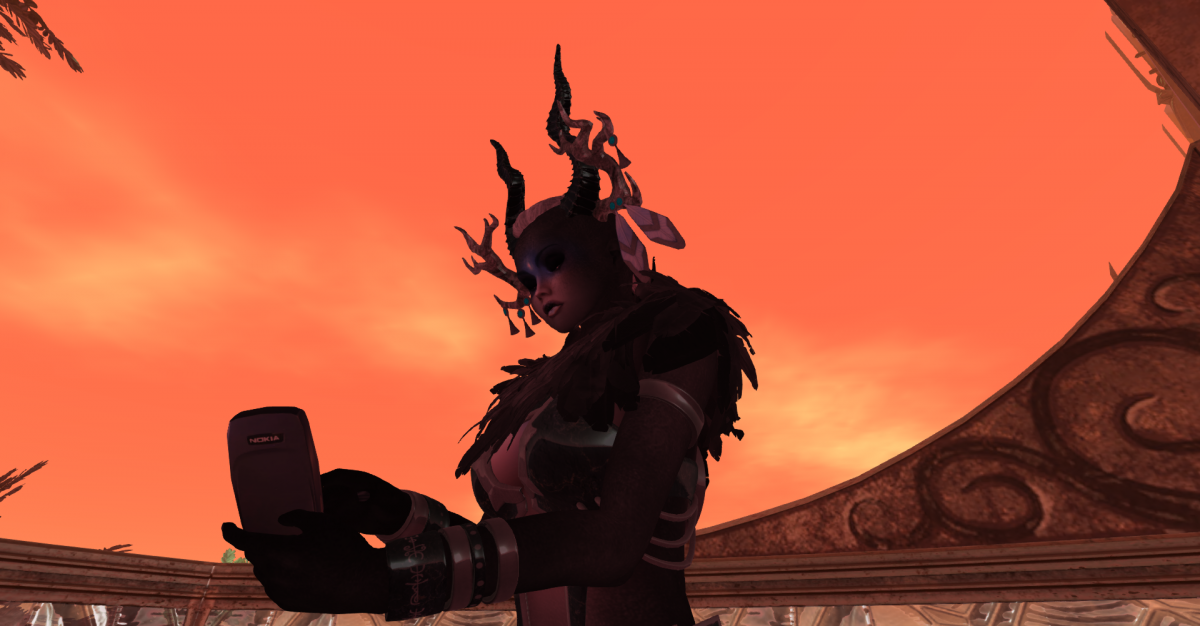 This continues a series of posts I wrote during last years Fantasy Faire, you may want to read the Collector and Oracle Overseer  posts to catch up.

The Oracle returns to her chambers and retrieves a small metal box and heads to a room at the top of one of the nearby spires. Opening it she removes an old mobile phone and turns it on.

Of course she could have sent a physical messenger or conveyed her message by arcane means, but it was tiring and this was quicker. “No Service” the screen says. Unsurprised she touched a symbol on the wall that dropped the wards around the spire that blocked the pollution of radio waves that filled the air beyond the valley of Khol Dracys.

She sends her message as quickly as she can, being bombarded with all the modern electrical signals in the air makes her queasy.

The message simply reads “I think we have another Collector, deal with it” along with her approximation of where the moving Sphere was last stationary. Switching off the cursed device and returning to its box, she reactivates the wards and heads for her Chambers to have a bath, she feels dirty from the exposure.

A considerable distance away in the city of Opet there is a jingle and a buzz, the Handmaiden jumps with surprise. The technological relic high on the shelf has been silent for so long and is rarely good news. She takes it down, dusts it off and hurriedly leaves to convey the message to it’s intended recipent.

2 thoughts on “The Oracles Message”