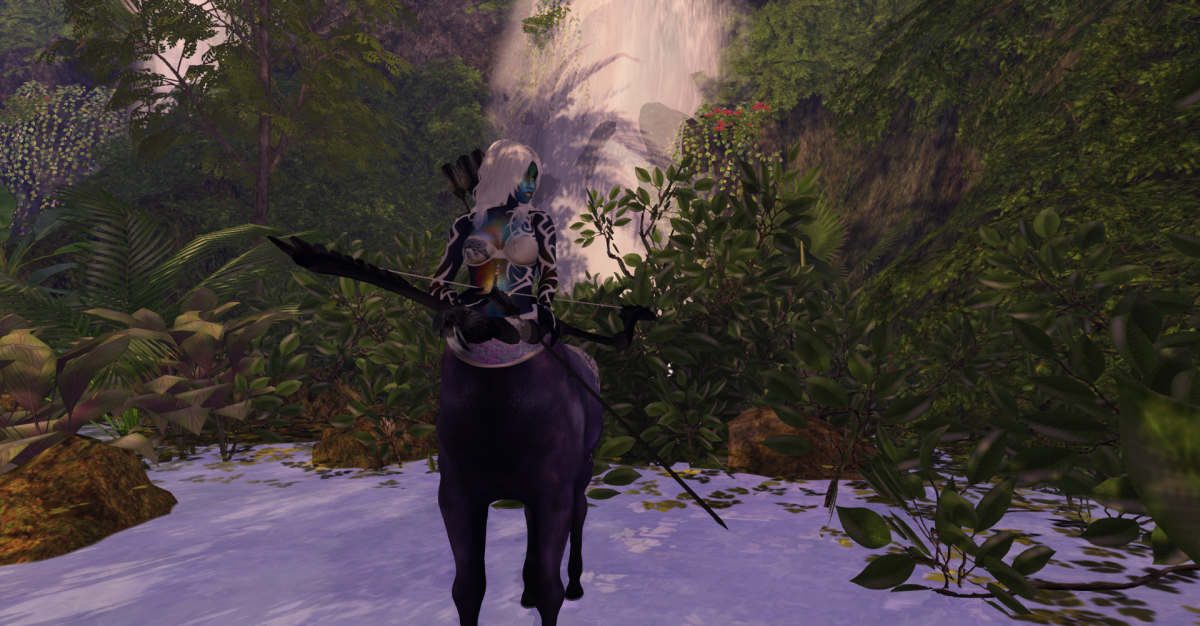 The Centaur patrols the pool below the waterfall, enjoying the cool water on her legs when everywhere else in the forest is warm.

She sees movement in the trees and becomes alert, she relaxes its just a faun come to drink. She doesn’t mind her watch shifts in the summer, she gets to stay cool in the water, it’s the best position to guard the cave behind the waterfall that contains her races sacred Sphere.

Generations of her kin have watched over it, not knowing its true purpose or function, just its importance to continued freedom of the Faire races.

More movement on the shore, something darker, not an animal. She nocks an arrow and wades slowly in the water, trying to remain silent as she moves into cover that will let her see better that area. It’s a human dressed in black, very curiously dressed for entering the forest, but suggests they are not trying to conceal their presence.

She calls out from her cover out of his sight. “Who goes there? What’s your business in this part of the forest?”

There is no response and the Human is even looking in a different direction, as if they had not heard. Curious now she comes up onto the shore and partially out of cover, her bow raised and aimed in no uncertain terms at the man..in a flat cap, this is most odd. 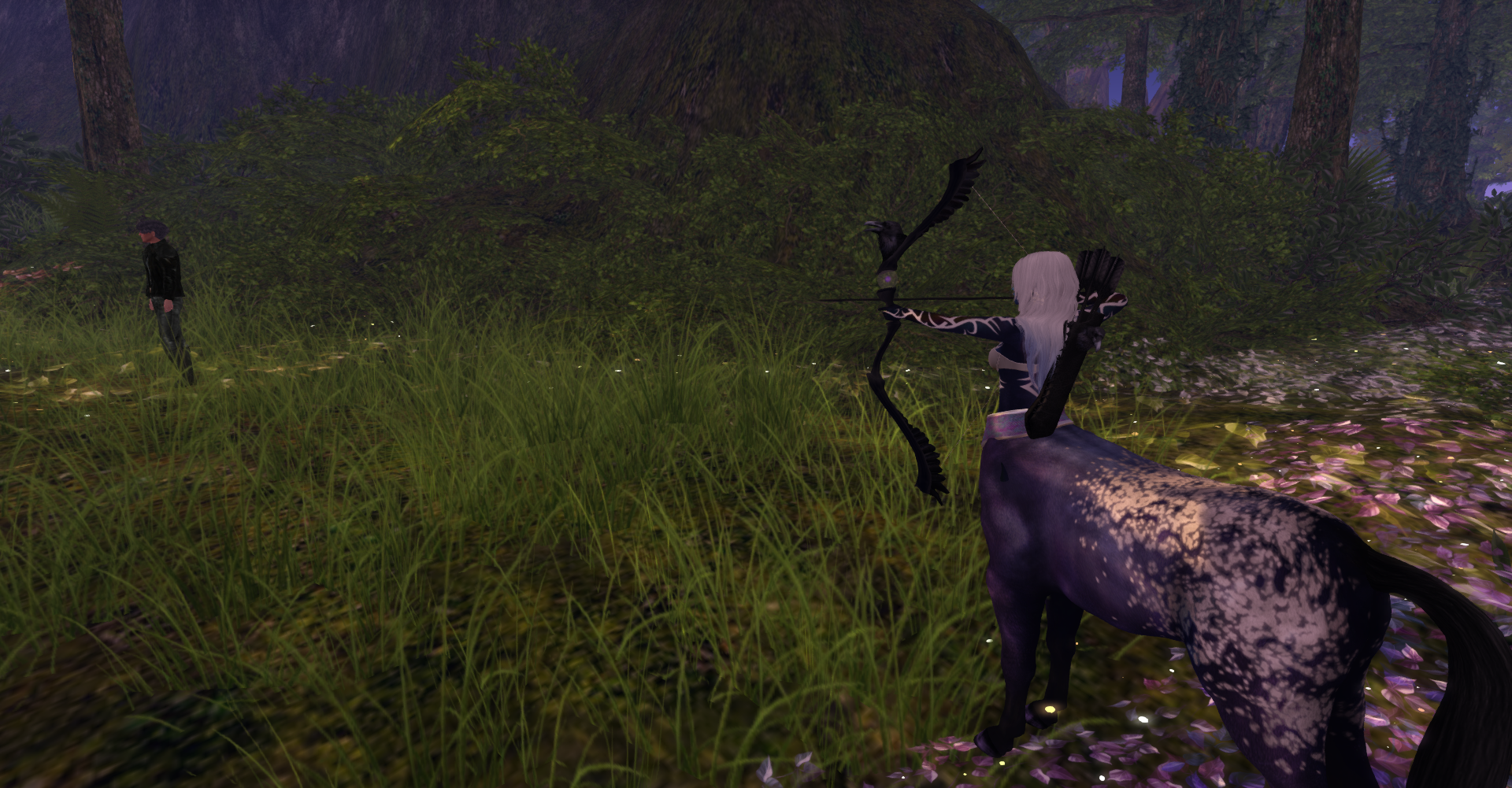 She calls again louder this time and the stranger responds this time. “I hope you’re not going to be loosing that that thing at me” he says. “That depends, what are you doing here in this part of the forest? Are you lost?”

He looks rather confused and asks “Am I not still in the park?” she eases the pressure on the string but doesn’t lower it just yet, “Where do you *think* you are? she asks a little concern in her tone now, this guy is clearly not all there. “Avebury?” he replies, clearly coming to the realisation that he wasn’t. Clearly he’s accidentally done something in the stone circle and transported himself to the Faire Lands.

She lowers her bow and gestures along a path, “Follow that path you’ll come to a cirlce of stones and there should be a glowing archway, walk through there and you’ll be back where you belong…then you will wake up from this weird dream you’ve been having about Centaurs. OK?” The man looks embarrassed and heads off along the way she had indicated.

She goes back to the waterfall and checks on the sphere behind it, satisifed she assumes her sentry position once again.

2 thoughts on “Intruder in the Forest”