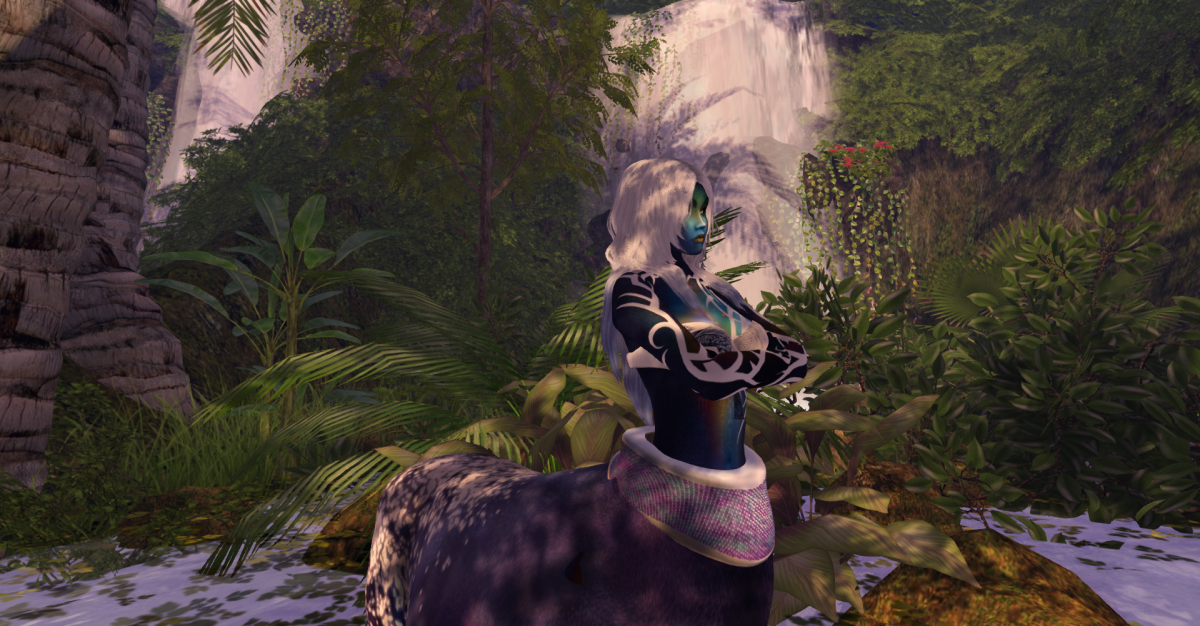 My previous “New Shiny” post The White Witch of Petrichor wasn’t really an entirely new store, so whether it counts for “My New Shiny” challenge is debatable. However now I’ve found a truly new one to write about!

My last few posts have featured a Dryad , a Mermaid and a Demon looking after their respective mysterious “Sphere”. I was considering which other Faire races would have been given such relics. Two that came to mind were fairies and centaurs. I’d started looking at and asking around about Petites for a fairy avatar when someone mentioned a store called Jinx. The main selling point being their Petite supports BoM (Bakes on Mesh) and not just appliers for different skins, so I could use it with my new Petrichor and Fallen Gods skins.

I headed over to the Jinx store in Amethyst Rift and had a bit of a surprise, Jinx creates a whole host of animal avatars. More to the point for me was that they make Centaurs as well as the Petite.I opted first to get the Centaur made up, since there was a FF exclusive skin right there,as well as one for the Felinaur (more on that later).

I was a little concerned how it might work with my existing human (Maitreya) mesh body, but it was so easy! You just add the Centaur body and alpha the lower body then attach the included AO (animation override) which makes it all move correctly when you walk. Your existing AO will continue to function for your upper body, so don’t detach that. That’s it, you’re a Centaur!

For the top half I opted for some more Faire merchant goodies, a Fallen Gods skin, Raven Bell hair, Artoos Ink tattoos and a bow from CKF Falconry.