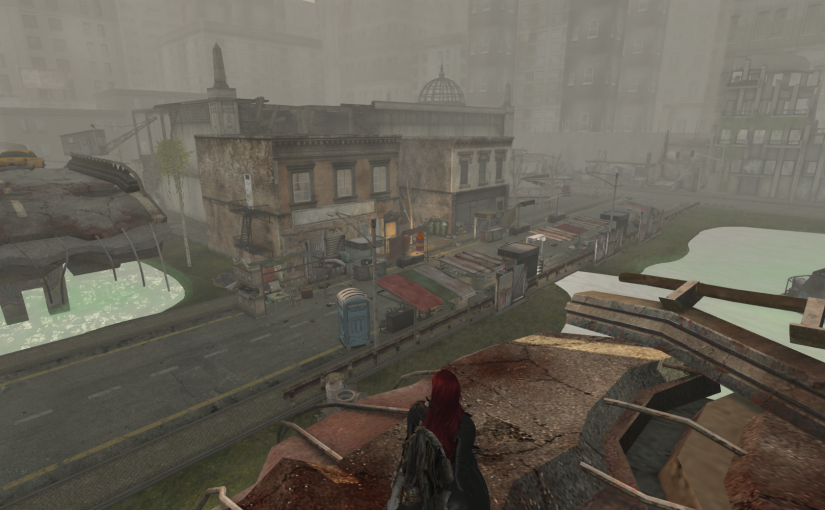 Last Chance City is a post-apocolyptic style urban roleplay region. The storyline that you can read on their website (link below) tells of a computer virus spreading through everything electronic, taking out all services,communications etc. bringing civilization and humanity to it’s basest survival instincts.

The arrival point is in an abandoned underground station… (De-ja-vus?) 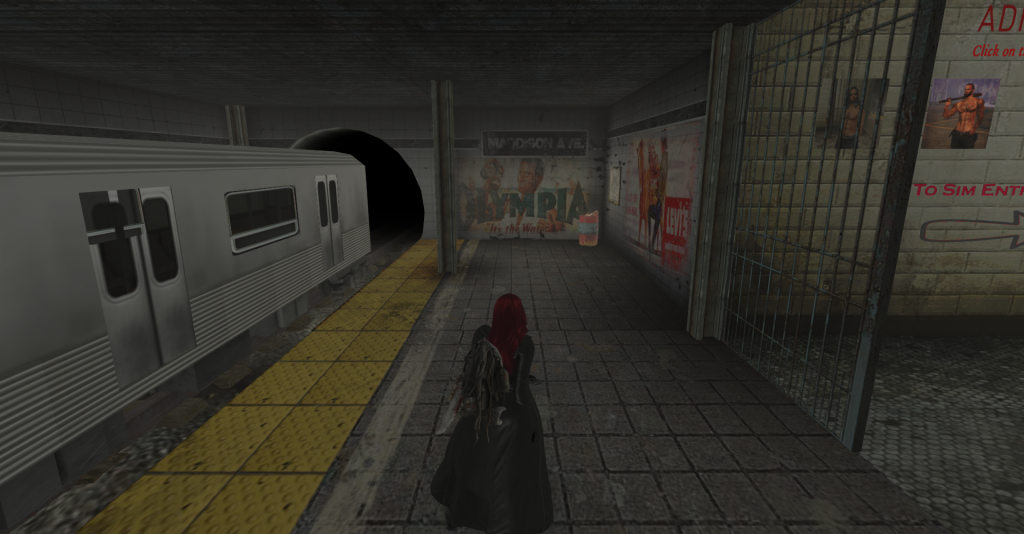 but much lighter environment and larger than the Drune station, as you can see from the pictures.

In fact the whole place feels massive due to a good use different height locations. You’ll notice this as soon as you exit the station up the stairs and arrive at ground level. 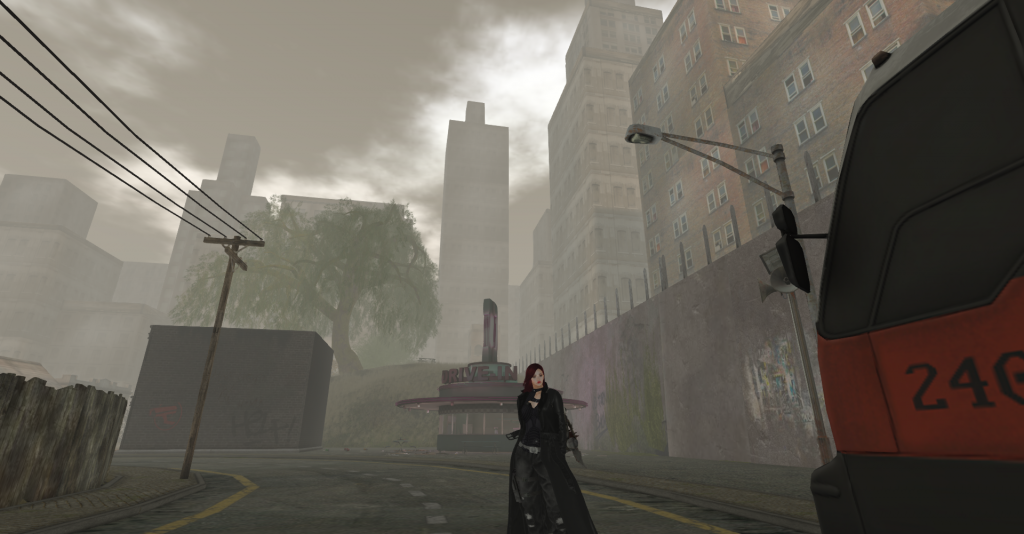 There’s a bus waiting outside the station, but given tech is out, so we can ignore it 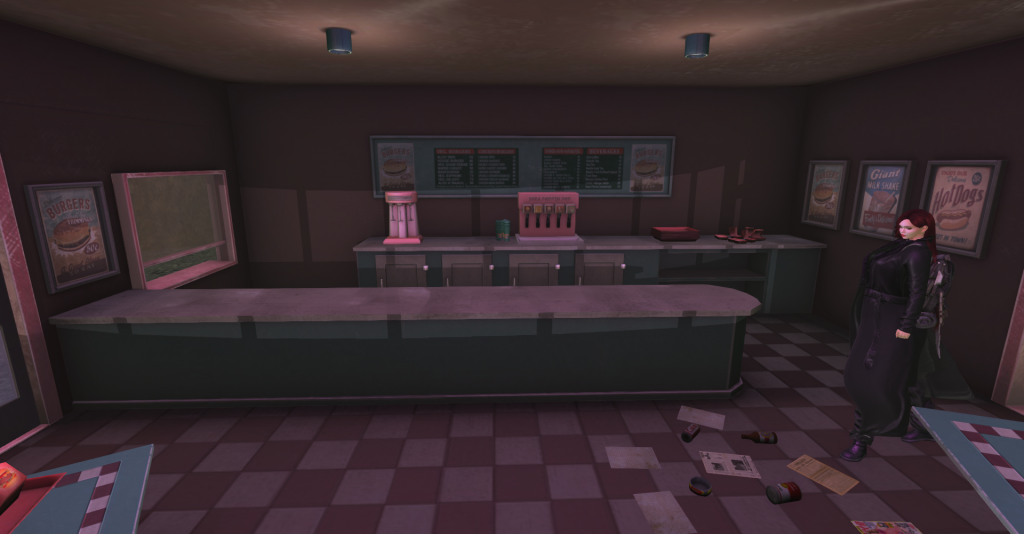 Unsurprisingly empty and cleared out of stocks, so I carried on along the road til I came to an intersection that had a run down church on one corner 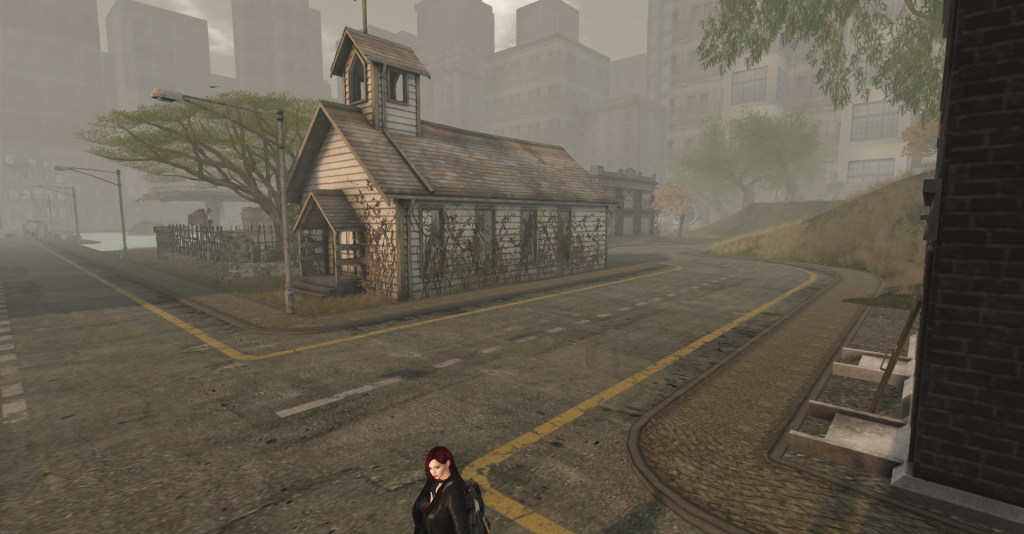 Opposite was an abandoned house so I thought I’d have a look inside. 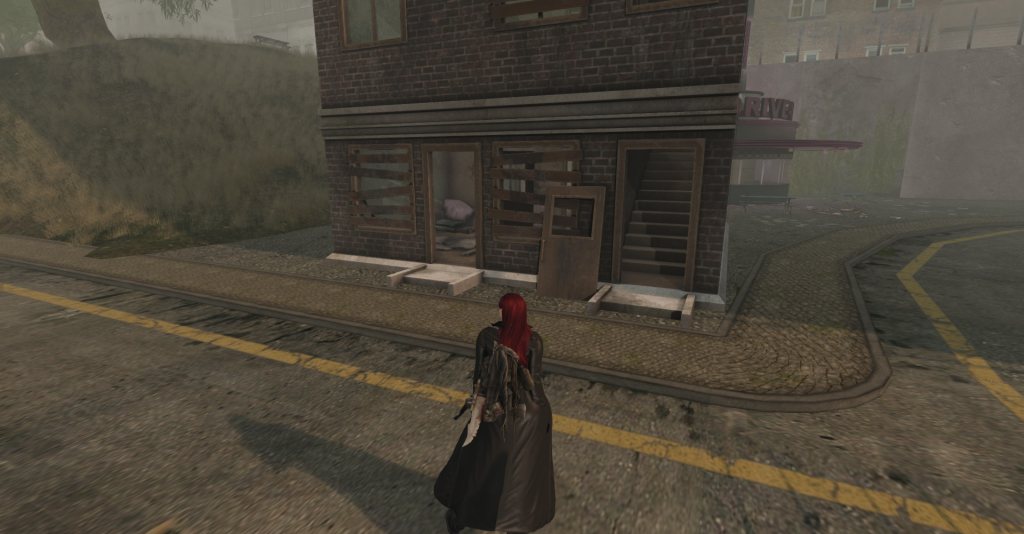 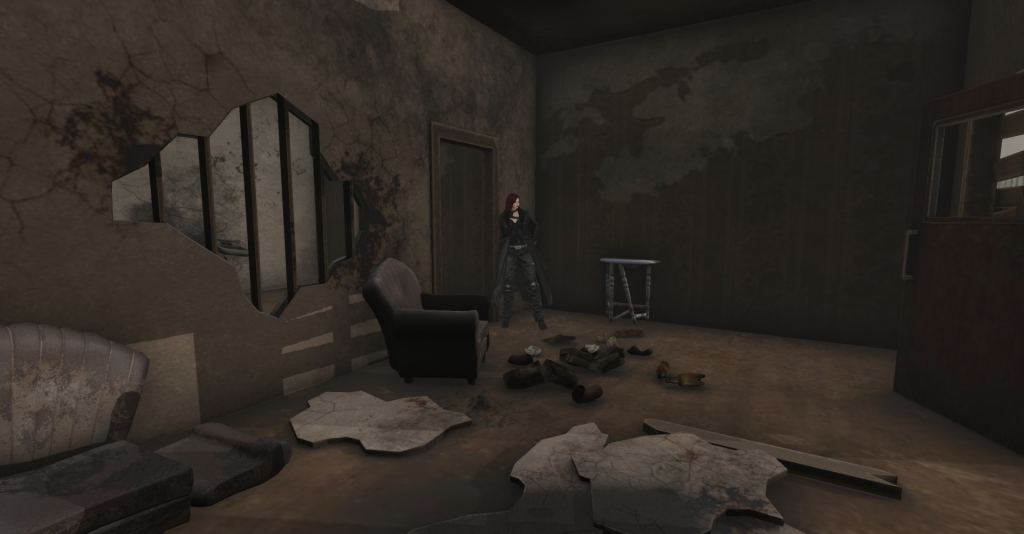 Outside the road turns uphill and at the top I saw a police station and went to investigate. 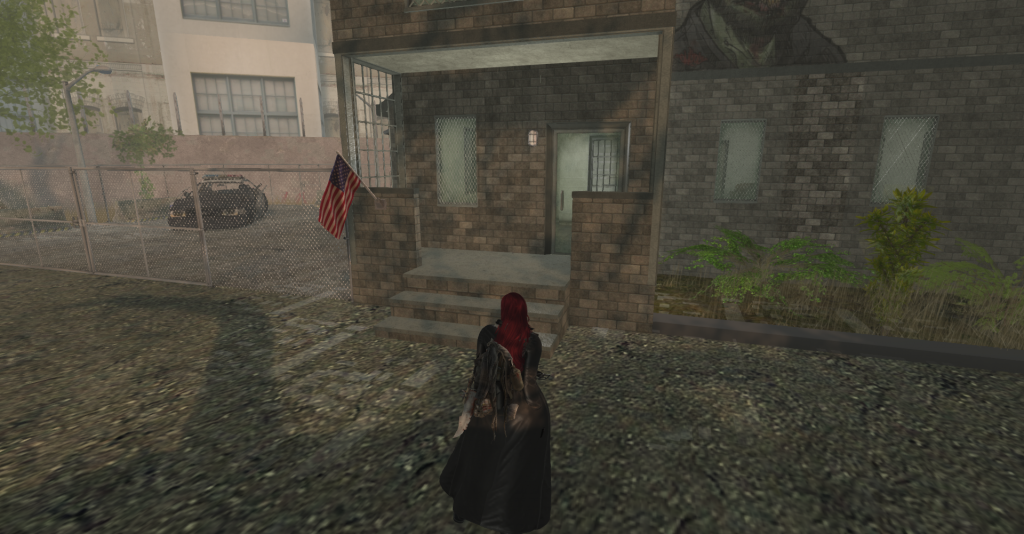 The police station has plenty of rooms to explore and provides lots of opportunities, including cells and an outside fenced area.

As well as a police station there’s a Courthouse in the area, so you could roleplay capture through to sentence, if there were still police around. I suspect the gallows may still see occasional use however.

Continuing along the road I came to a collapsed flyover that someone had decided to call home. 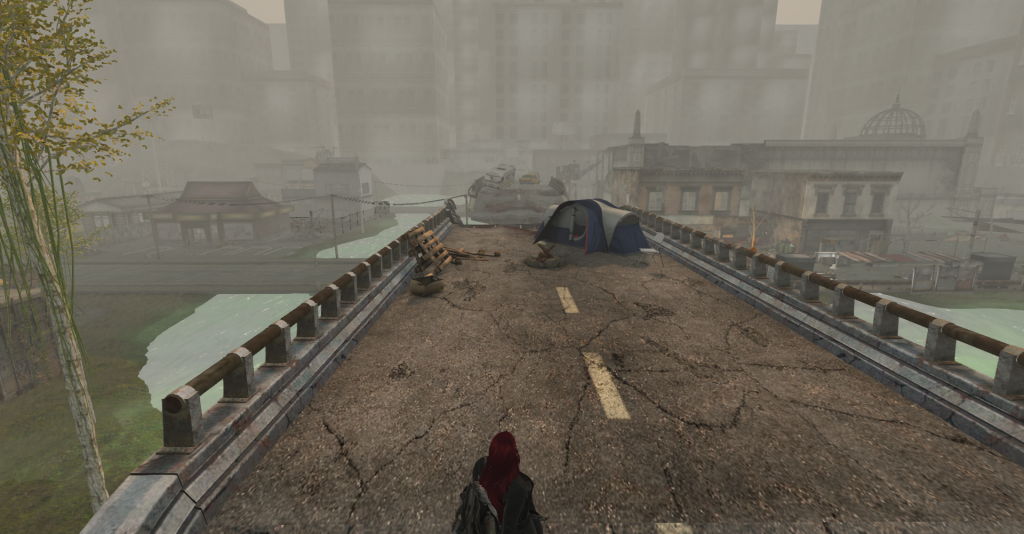 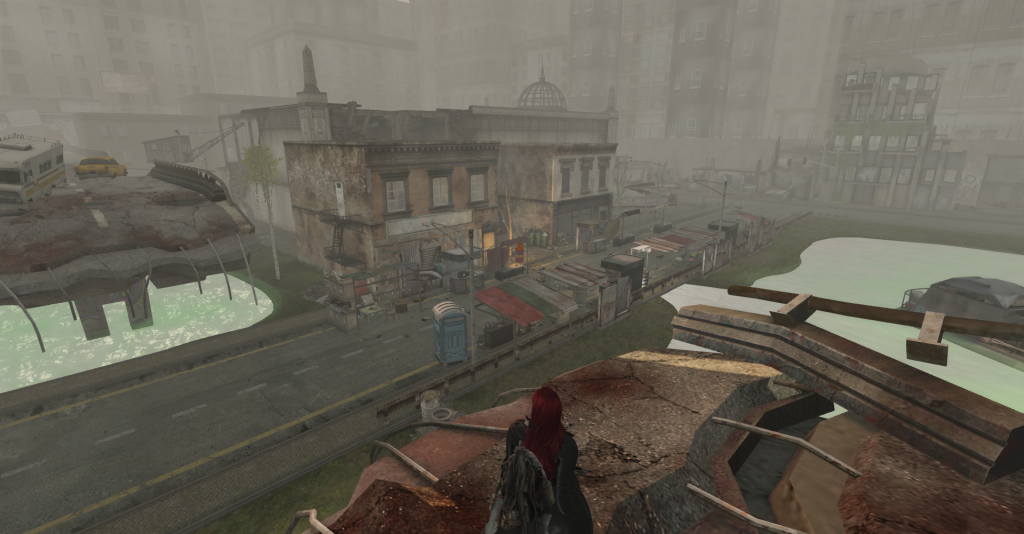 Past the flyover I found the stations of other emergency services, before reaching the imposing doors of what, based on the hazard signs, appeared to be a nuclear facility.

Walking through the gates it’s rather creepy on the other side. 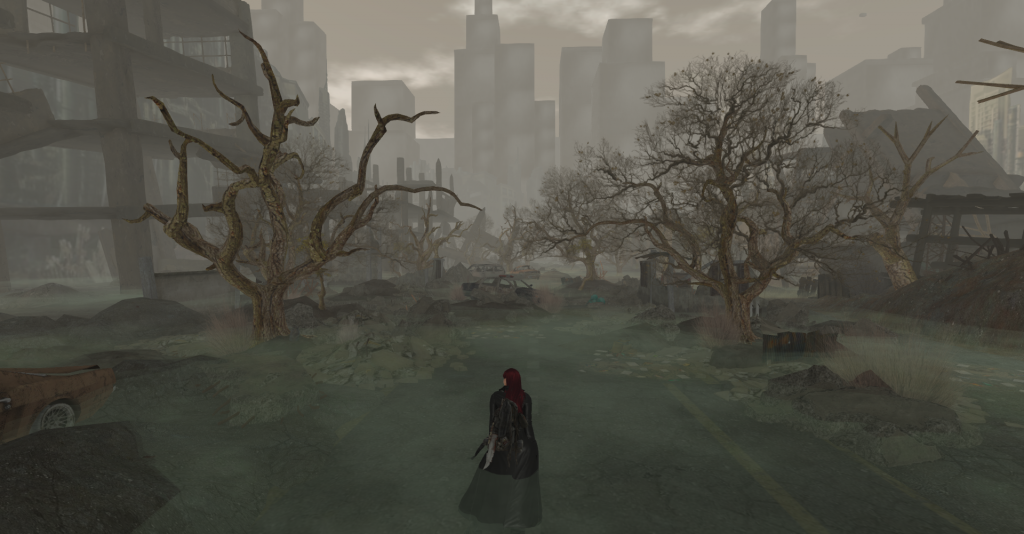 The gates TP you to a different height, so there’s plenty more to explore in this area.

I went back out and continued my way along the road, to investigate what I’d seen from the flyover. 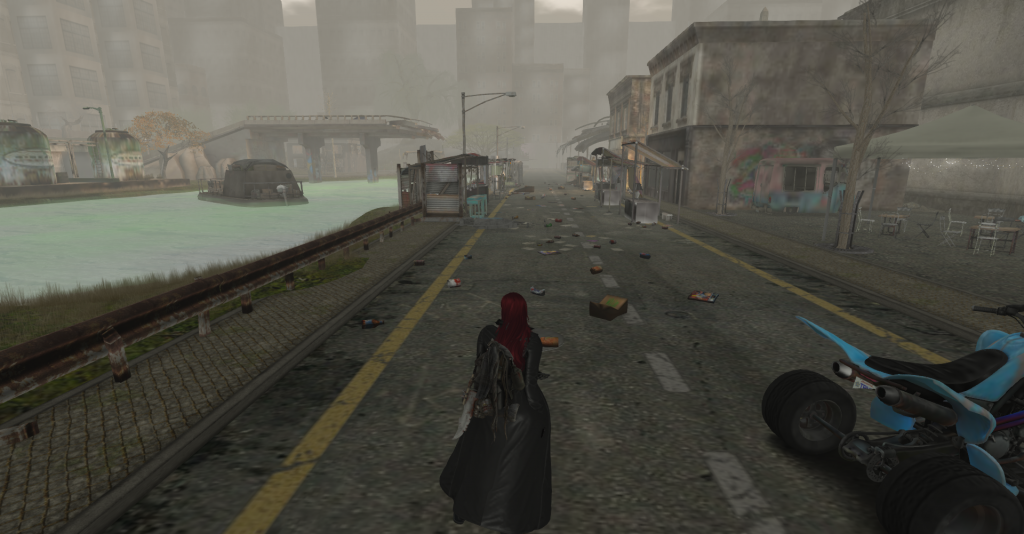 Someone with a sense of humour has renamed the pizzeria..

Just past here I’m back at the rundown church, having made a circuit of the roadway. This time I stuck my head inside to have a quick look. 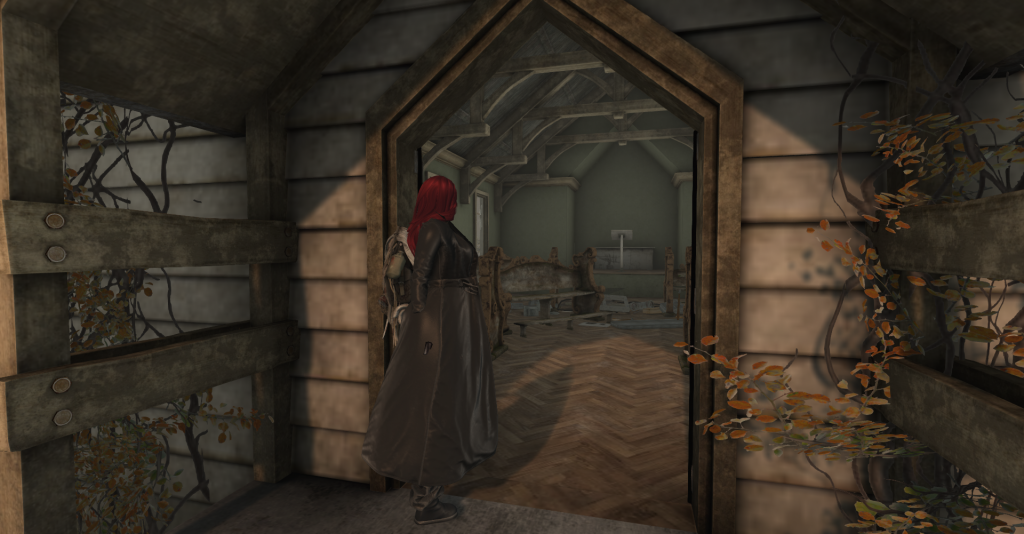 There’s lots to see and explore at Last Chance City, with plenty of RP venues. I just made a circuit of one roadway, there may well be lots more TP doors taking you to other locations. But if you want to RP regularly there, I’d recommend you read up on their Lore and rules.

Landing Point:http://maps.secondlife.com/secondlife/Huntington%20Beach/198/126/1003 Region Rating: Adult
(Although content could well be classed Moderate or below, it’s the potential roleplay that requires the rating.)
Website: https://lastchancecity.wixsite.com/lastchancecity

As I mention Death Row Designs (DRD) as maker of my backpack, I thought I’d add that several of the buildings,large parts of scenery as well as little details come from that store. To name just a few parts: The Diner, abandoned house, Courthouse,Flyover bridge…go look for yourself, its impressive.

One thought on “Last Chance City”