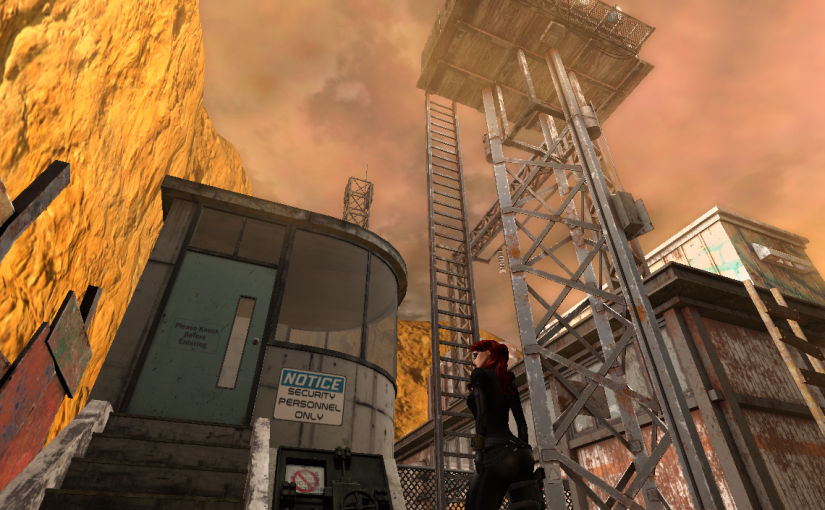 I have an update to share about the Hellas Platina Crater Roleplay set on Mars.

So what’s new? After the expansion I wrote about  (and was featured on Secondlife Community Blog) at the beginning of August,a new RP area has been added. This consists of an office, a watchtower and a security bunker. Penny, who I first met IC (In-Character) during The Unexpected Delivery RP, showed me the new additions.

The largest of these additions is the bunker.

Having a dedicated security headquarters,will give my character more of a functional base to work from rather than a container crate home. It was decided my character with her history of dealing with weapons (see The AMZ Delivery Lady) should take on the role of handling crater security and the bunker is where that will be run from.

With these additions, there have also been removals. The cargo container accommodations previously mentioned have been removed.

These container homes are all very well as being a known story element location to refer to, but since most people don’t usually RP in them much, they don’t actually need to exist.

Penny reworked the area with some greenhouses once they were removed. 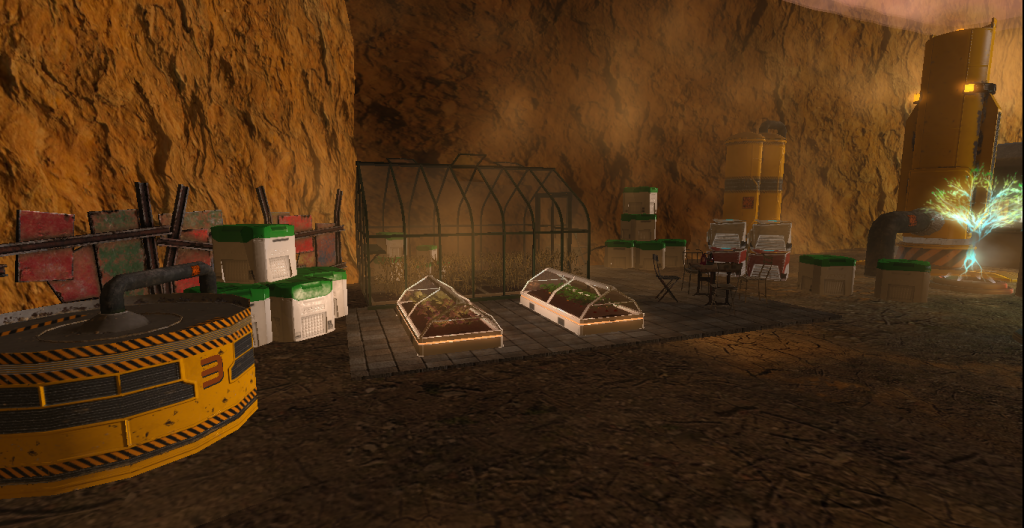 I’m looking forward trying out theses new areas in an RP, maybe we’ll need a troublemaker that needs dealing with. Come along and join in!