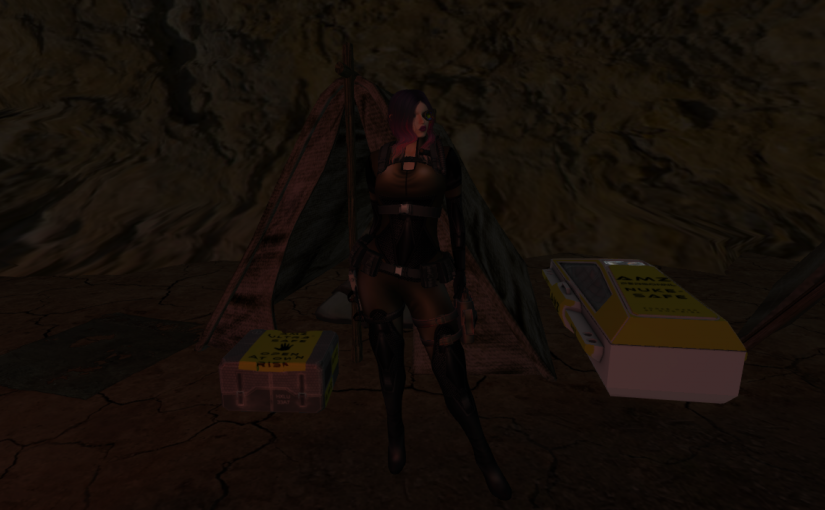 So after some thought and discussions around suggestions made by others, I’ve made a change to my Mars RP character.

My previous story was around a bounty hunter hiding out on Mars after the Hunter became the Hunted. However this really was a poor recycling job of a previous character. Also it is apparently a very common unimaginative character role choice in this particular community.

One of the members suggested why not something much more mundane, maybe I was simply delivering a package when the city was evacuated. Which made me think of a certain global retail and tech giant.

I decided I could have some fun with this, so after some thought I came up with “AMZ Armory”.  The weapons shipment branch of the “All Mars Zone” the go-to company for anything on Mars. 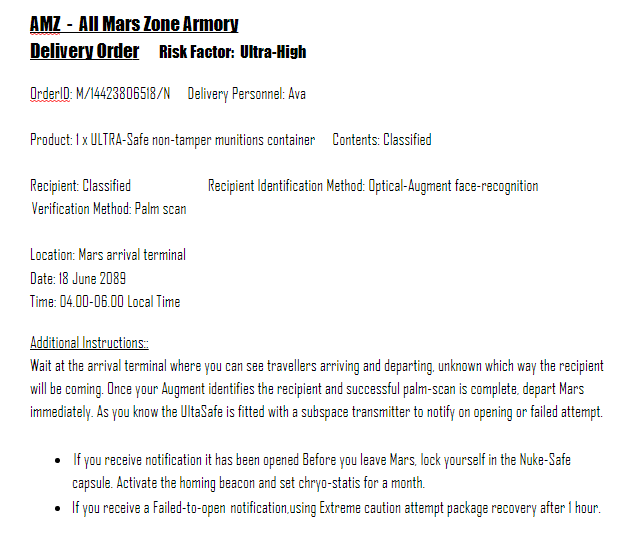 Obviously since SecondLife is a 3D environment, so couldn’t not create the props for the RP.

Next-up will be my first IC (In-Character) RP in this scenario, coming soon!

2 thoughts on “The AMZ Delivery Lady”