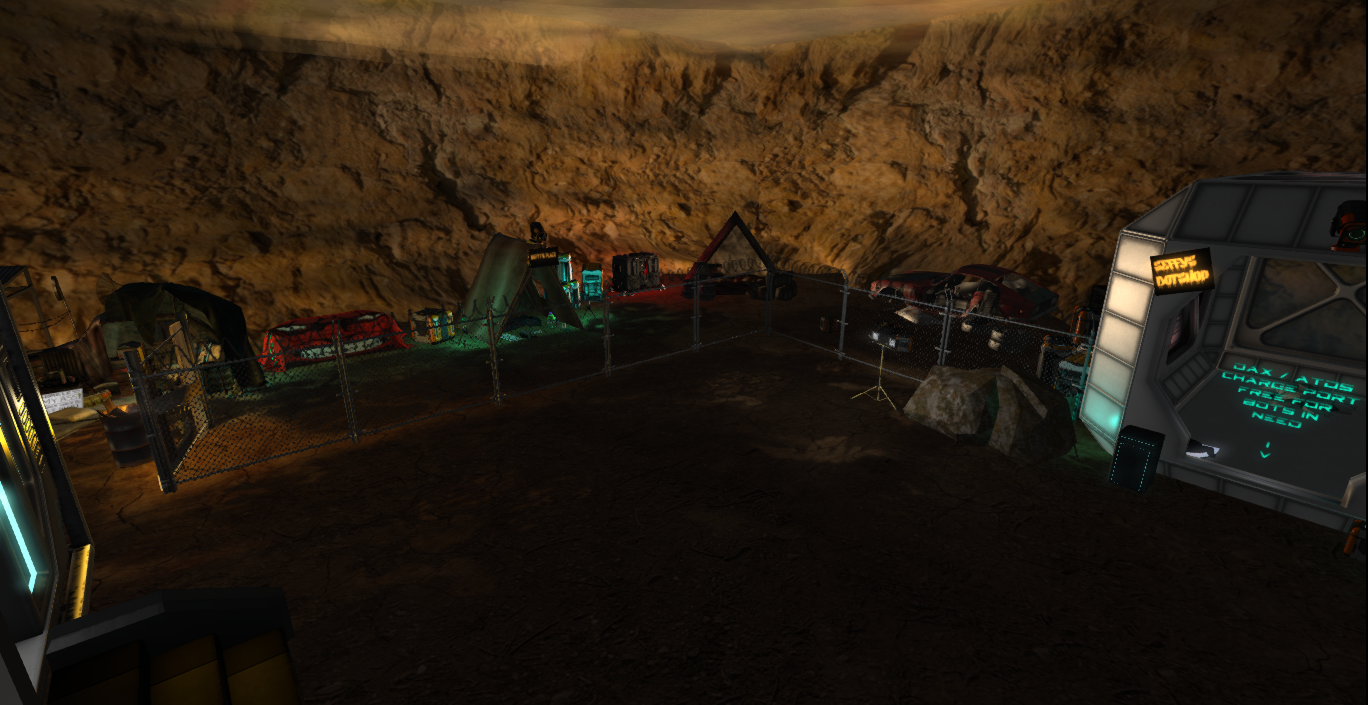 A few of the more active members of the Helix community got together and set up their own RP location.

Fortunately my single RP at Helix had made enough of an impression I was invited to join them.

The rough story, (which is still a work in progress), is that there was a disaster of some kind and the city was evacuated. The RP is in a crater where one of the groups of evacuees ended up, here’s a few pics of the small but intruiging place:

For some reason I never really feel part of an RP group til my character has somewhere to sleep. Some space was cleared for me to put up a tent:

I shall see where the story goes next, I really have no idea, but often they are the best kind of stories!