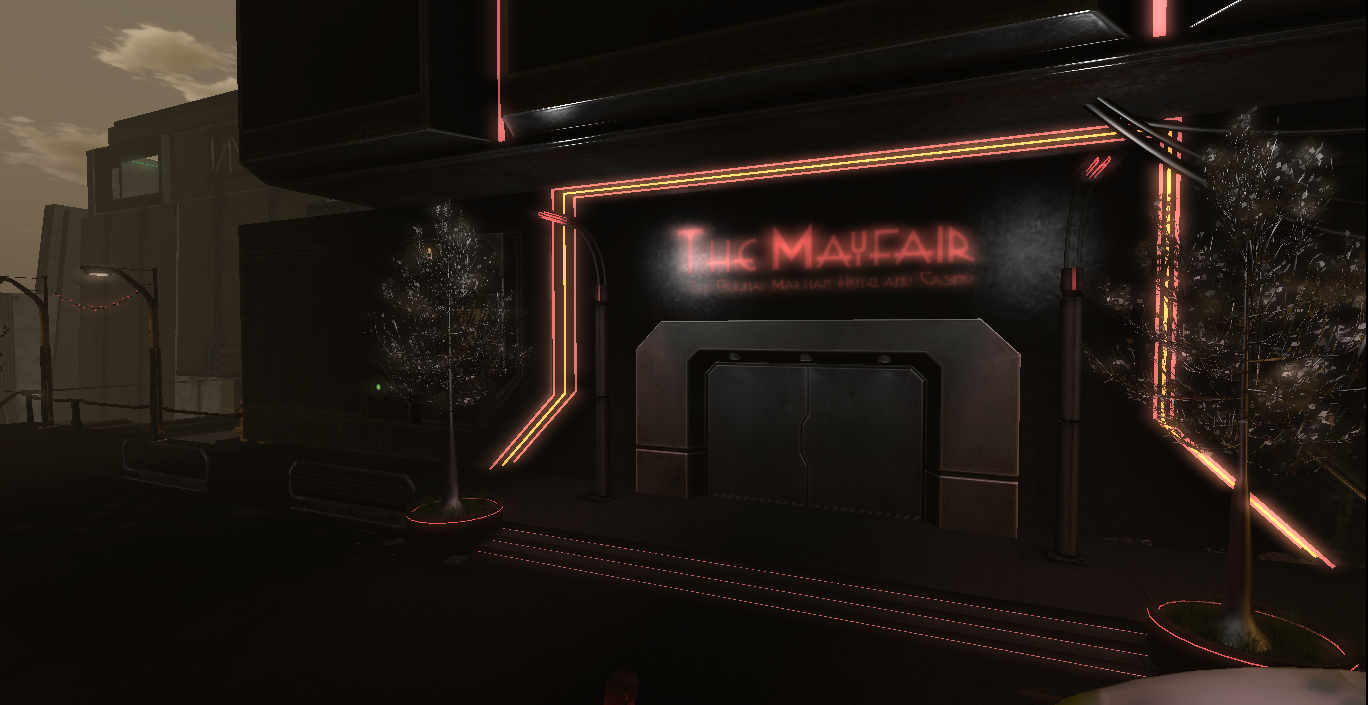 I paid another visit to Helix City, following up on my previous Helix City introductory review post.

I looked around at their various rentals they offered. If I was going to be visiting, I really needed at least somewhere safe to retreat to if the streets got too dangerous.

I opted for the cheapest option, which was a room in a hotel. I figured it was also quite realistic approach. Finding some temporary accommodation when new in town, makes more sense than renting a big apartment if you’re not sure how long you’re staying.

I then went for a bit of a wander to see what was in the immediate vicinity. I found a small back alley place where some of the locals were hanging out.

I introduced myself and reacquainted myself with the woman I met on a hover bike on my first visit. They invited me to sit and have a drink with them. So I joined them and we chatted.

I was asked the obvious questions of what brought me there. I hadn’t thought too much about my story at Helix yet so I recycled one. I adapted the ‘bounty hunter’ approach from my RP at Liddell Correctional Facility to fit the scene. I said I had been pursuing a bounty and had the tables turned on me, I was now the one being pursued. Hiding out in the crime – ridden Martian city made sense.

I padded this out when asked how I’d come to be a bounty hunter, I said it was a matter of dishonourable discharge from service, although I did not clarify *which* service and politely declined to expand on the “why?” because I had just met them all.

Overall a good beginning to a promising RP story.