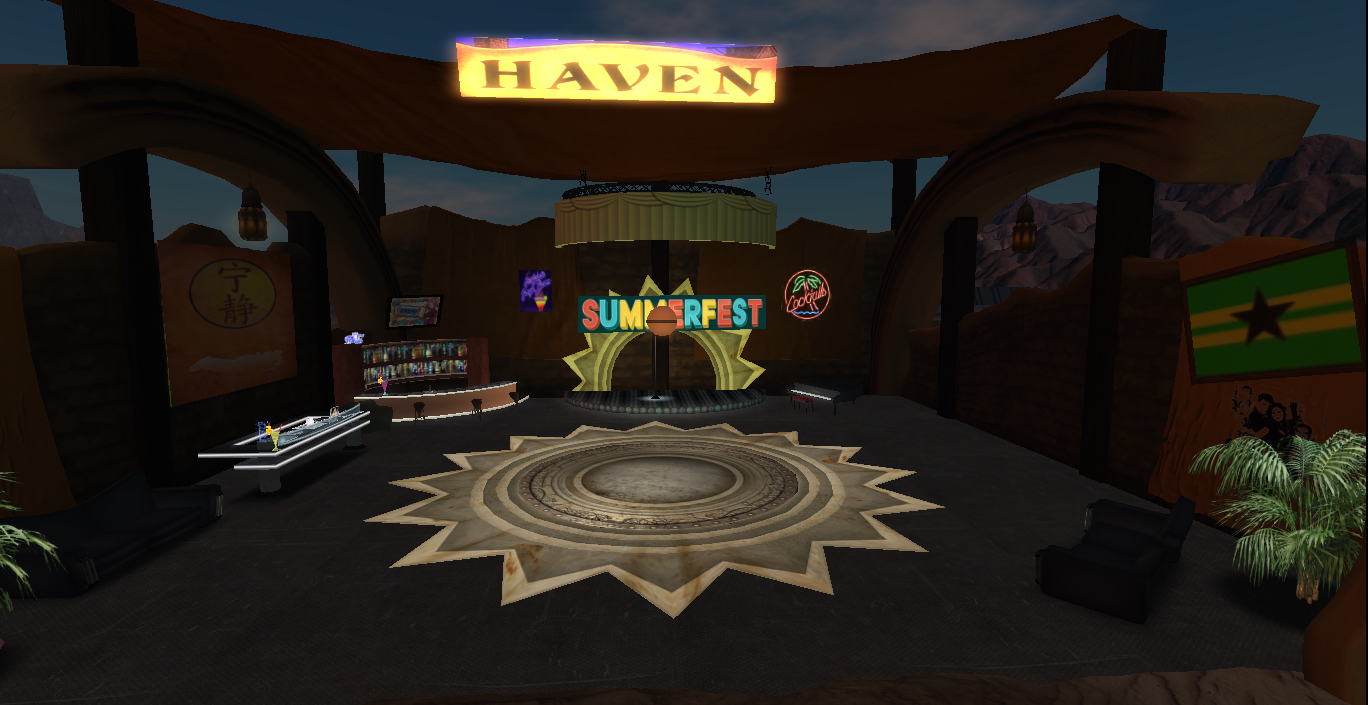 With the closure of Helix RP region, one of the other suggestions made was a place called Haven, so I went over and had a look.

On arrival I read through the info available, the rules and storyline etc. Here I found that Haven is just part of  a group of 3 RP regions, collectively known as “The Verse”. It’s based around the FireFly TV Series from 2002-2003.

Though being aware of the show, I never followed it, so just went by what the Do’s & Don’t s in the Rules notecard before going for a brief explore. You Do need to click the cube for the InfoPack,it has the rule nc’s (if you’re too lazy to read them, the basic rules are on yellow boards on the walls) but also landmarks for the various key locations throughout the 3 regions. You’ll need these because there doesn’t appear to be a tp pad to leave the arrival point.

I just explored the ground level with just a brief visit to the Capital city that also looks like there’s lots more to explore. Certainly a possibility that needs further investigation.

One final point that may please the Trekkies is that unlike Helix, you’re welcome. Provided you obey the Prime Directive (I’m sure I don’t have to explain that here). There’s info about agreeing with the admins in the notes, if you want to do business or missions you’ll need permission.