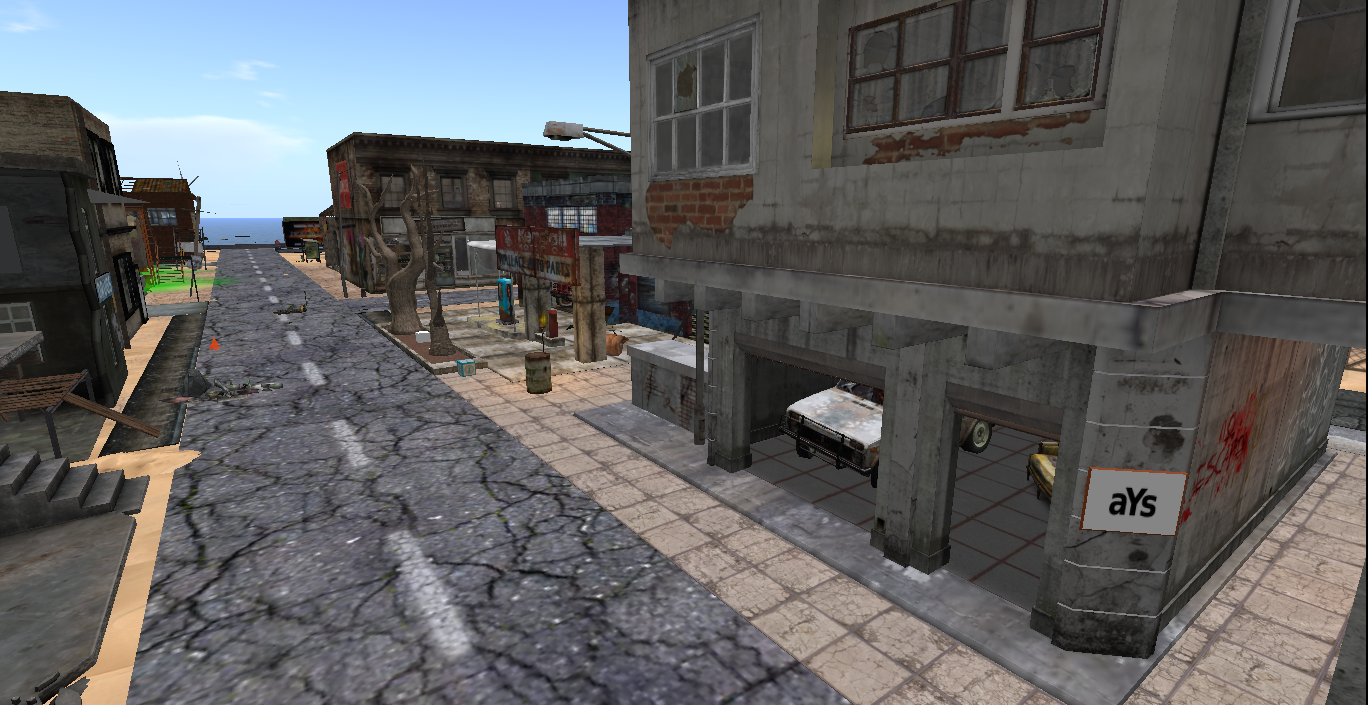 I was invited by a friend to go and visit an RP region by the name Deathlands. The name conjures up various possibilities of what it may be like, from a massive graveyard to a giant killing zone like in films such as Predators,The Running Man or Mad Max. The latter type is closer to accurate when you include the words ‘post apocalyptic’. 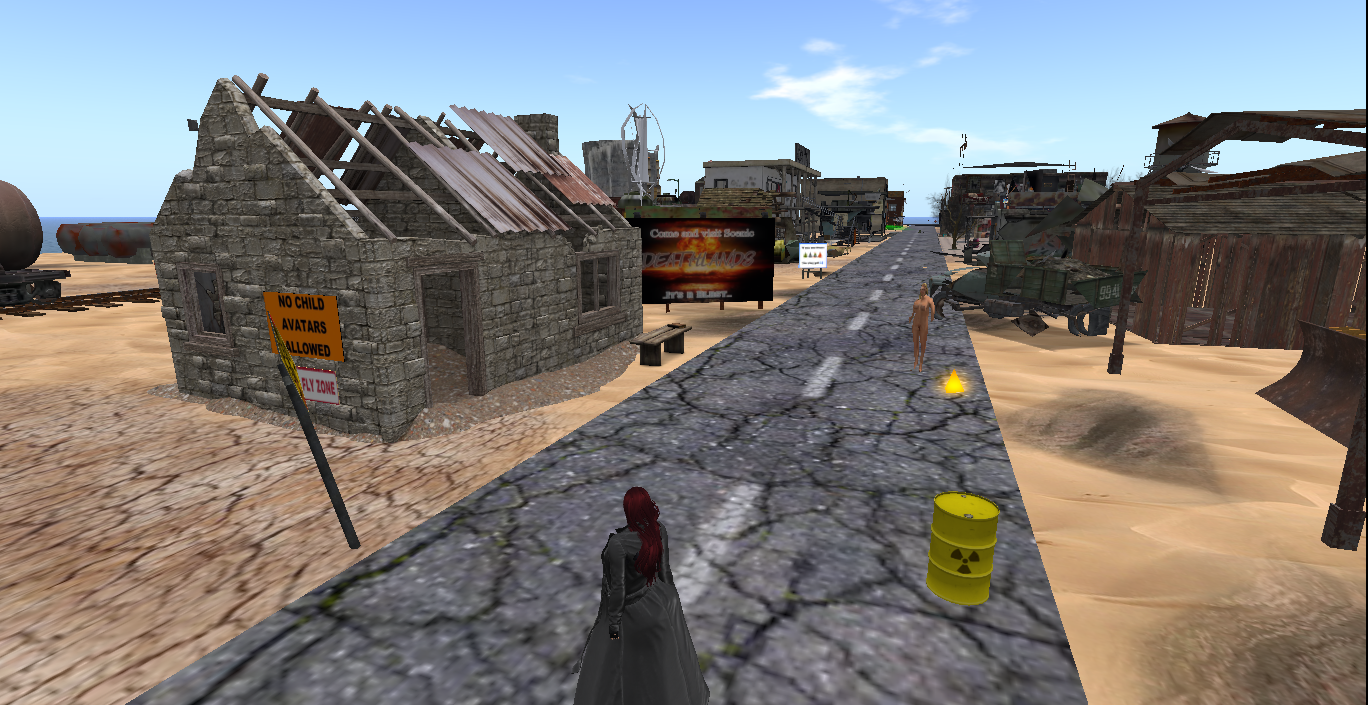 It’s an abandoned mining town setting with military base aspects, the welcome notecard describes it as:

The history describes a nuclear attack approximately 60 years previous. This leads to the possibility of mutations of your choice in generations since. So plenty of variety possible excluding any advanced technology, there aren’t even any functioning cars. Varied remains of main street stores through to a submarine.

It’s an interesting place that could lead to some fun RP. I’ll probably be back to explore some more, see what the mine has to offer for starters and see if anything develops.