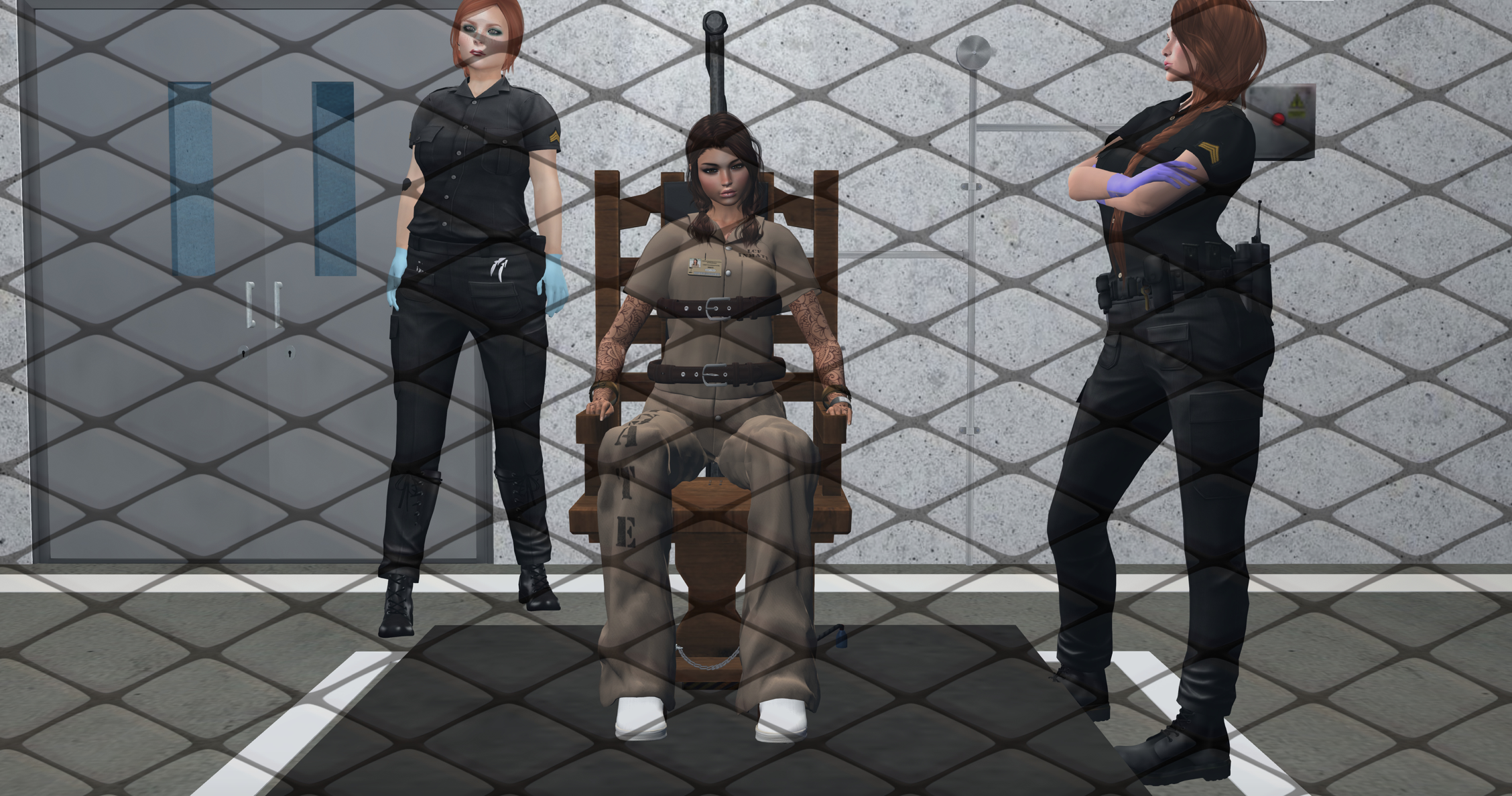 A while ago I applied to RP at Liddell Correctional Facility (LCF) which you can read about in this post.

They didn’t technically accept my application, since the character role of Bounty-hunter was unsustainable. However I was able to participate in a storyline into which my character would fit: they had a mass escape.

My story centred around the tracking of an inmate by the name of Jessica May. 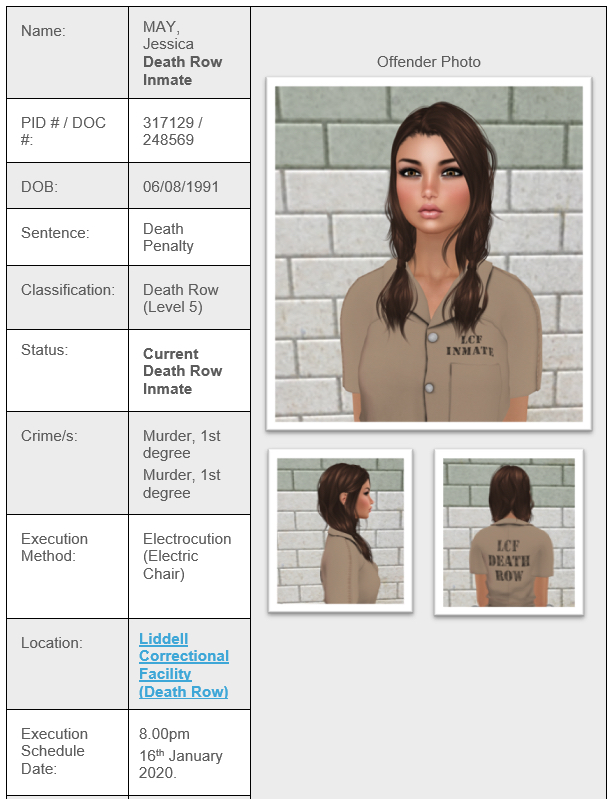 In the process of her escape she had taken my friend Megan Sommers, a prison guard, as a hostage.

I went to the prison to offer my services in locating Jess and Megan, they were both very keen on the idea OOCly.

Now I’ve recently tried to not use too many chat logs in my posts, they can be tedious to read, but I will include some here in places as well as summerising.

RP Scene 1: Tracking
At the prison I met with an officer by the name of Frank Timberwood l and played out using some information from him and one of their computers to locate the GPS on Megan’s phone and her car, since Jess had conveniently for me, used that as her getaway vehicle.

[01:32:02] Ava Delaney looks around for a bell or buzzer to get someones attention,finding none  she calls “anyone here?”

[01:32:53] Ava Delaney turns and sees an officer outside the glass doors to the yard

The location of Megan’s car was in a rather rundown part of town, the only place showing any signs of life was a tatty looking bar with a couple of probable prostitutes loitering outside.

Unsurprisingly I found Jess inside having a celebratory drink enjoying her newfound freedom, but no sign of Megan.

Jess hadn’t thought to leave the car somewhere further from where she might be found. This confirmed what I’d been told, that while Jess was  psychotic murderous bitch, she wasn’t too bright.

(I should clarify here for those not so familiar with RP, that I am referring to the fictional characters described personality, created by their typist. Most definitely Not calling the real-life person behind the keyboard stupid.)

There followed an inevitable confrontation in the bar where I was too bold and ended up taking a gunshot in the chest as a result. Thank heavens for modern bullet proof vests.

Jess bolted out the door and met an accomplice, by the time I was up on my feet and able to pursue the pair of them had quite a head start.

I came in sight of them again near the waterfront where they were already in a boat, seems Jess might not be so smart but her unknown accomplice was. 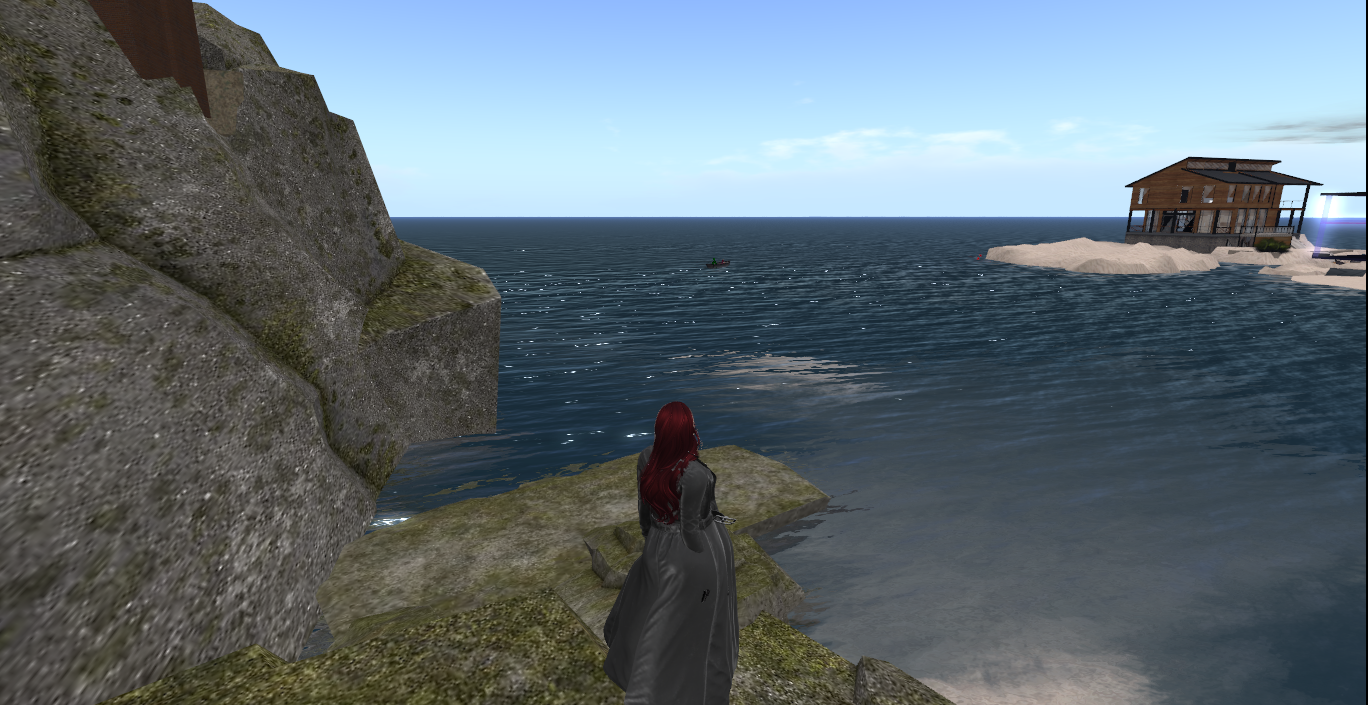 I fired a few shots at them but I couldn’t risk killing Jess because I didn’t know where Megan was and the boat was too small for her to be onboard. 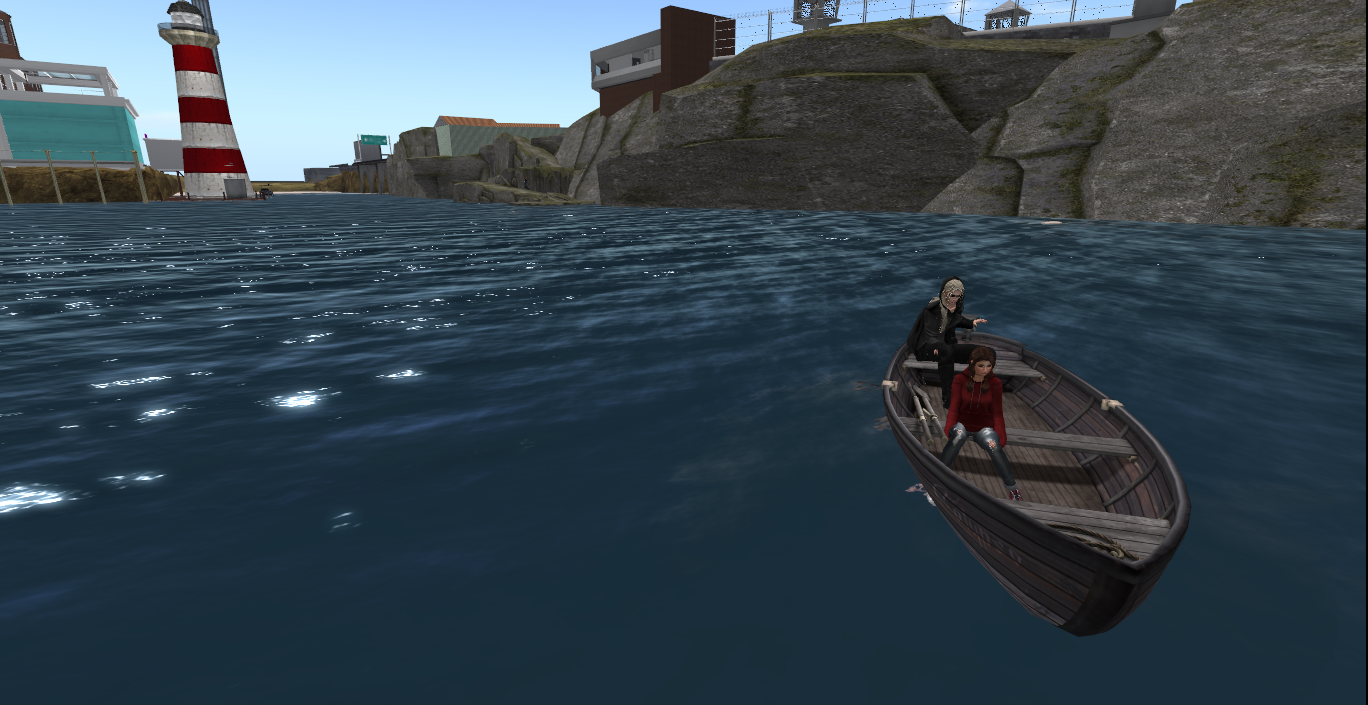 So I made a call on the radio I’d borrowed from officer Timberwood to update him and suggest they call the coastguard to follow them.

[06:25:15] Ava Delaney stands on the rocks looking out over the harbour as her quarry escapes. She takes out the radio she got from Frank and switches it on “Calling officer Timberwood, this is Ava Delaney. I have an update on Jessica May. Over”

That unfortunately became the last part of the chase I was able to play out, but not the end of the story. Due to a combination of timezone differences and the inconvenience of the Christmas holidays, I was unable to make it to the locating Megan or the Capture of Jess stages of the storyline. Which was very disappointing.

However I did make a visit to Jess at the prison after her capture. When I was supposedly dropping off an application to become a guard at the prison, which never happened, but also to gloat a little. Although obviously I was not too pleased about getting shot, I conceded that I was pushing my luck in the situation  resulting the damage to my rather expensive vest.

As you may have seen from Jess’s prison record above she was a Death Row inmate. This meant her escape and subsequent re-capture didn’t really change her sentence, just delayed it a little while. I was unable to attend the event but I have some pictures taken on the day, provided by Jess. You can see however that they are quite thorough and take it very seriously.

The original date scheduled for her execution was 16th of January 2020, in the end the (Roleplay) Death of Jessica May by electrocution (or “zap-zap chair” as the group call it) happened on 15th of February 2020.

Jess has since created a new character to play at the prison, which is fairly common in these situations. The new character may well have a different temperament, attitude and definitely a different appearance. Just as an actor plays a character in a movie or play.