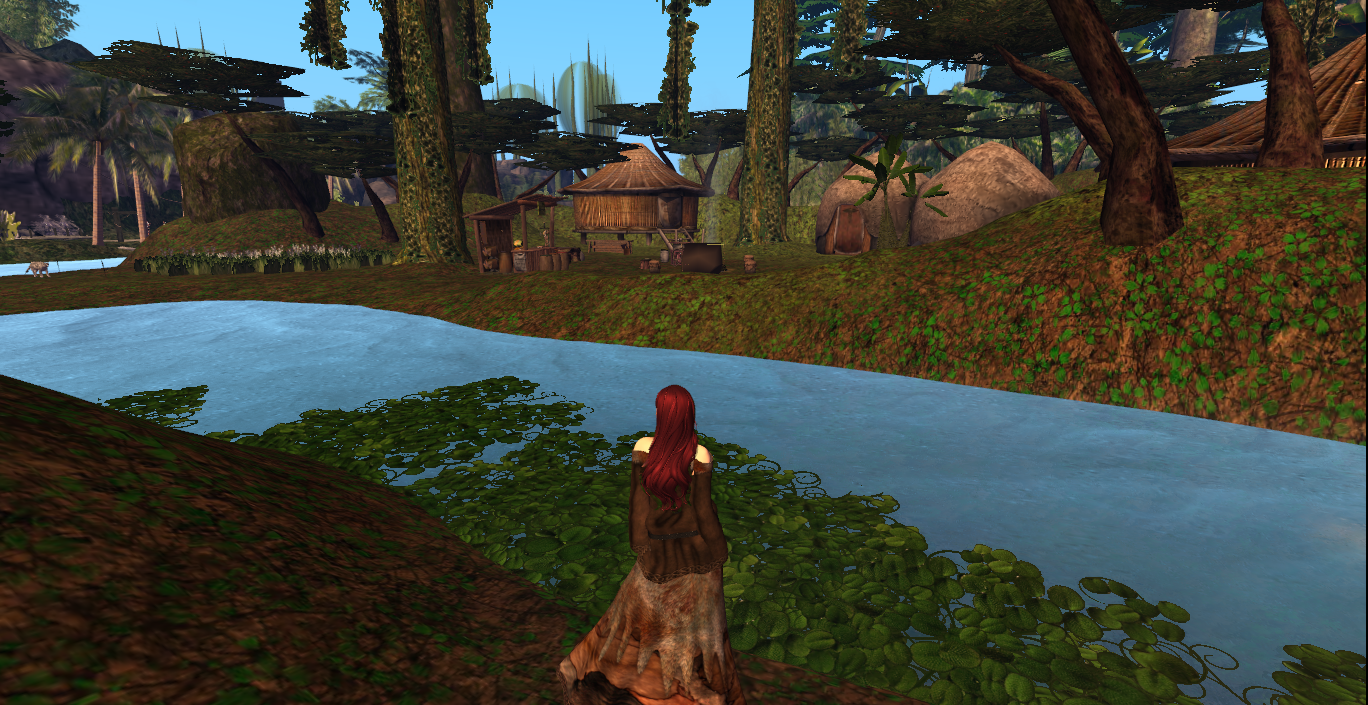 The next stop after the Ikeri became surprisingly convoluted. I intended to visit the camp of a tribe I had known as the “Veck ‘En”, however as with other places, the landscape had changed quite a bit. I followed the path from the arrival point, but I ended up at waterfront.

It’s common for a trade area with a bell being what you arrive at first when approaching such a camp. I could see where it was but there was no immediately visible way of reaching it without getting wet. However the camp was clearly empty.

So at this point what I had intended to be an IC (In-Character) meet with whoever may now inhabit the camp, became an OOC (Out of Character) tour of the nearby regions.

An old friend by the name of Angel was in the nearby camp of the Wa Ngao, she TPed me across to her.

She then took me on a tour of the nearby places, given my character history as a Tavern Keeper, first stop was the Drunken Oak Tavern. Accompanied by a not-so-suble “which is currently without a keeper” remark which I found rather amusing.

When I posted my Tavern Fire RP (which can be found towards the end of Part 1 of my Gor story) via Notecard among the SL Gor community I had a number of offers of Taverns that were in need of keepers. So it shall be interesting how many I get as I attempt to re-connect with people.

Then we passed through her tribes territory

Until we came to a border crossing in to the neighbouring tribes territory, the Sa Jesuil. 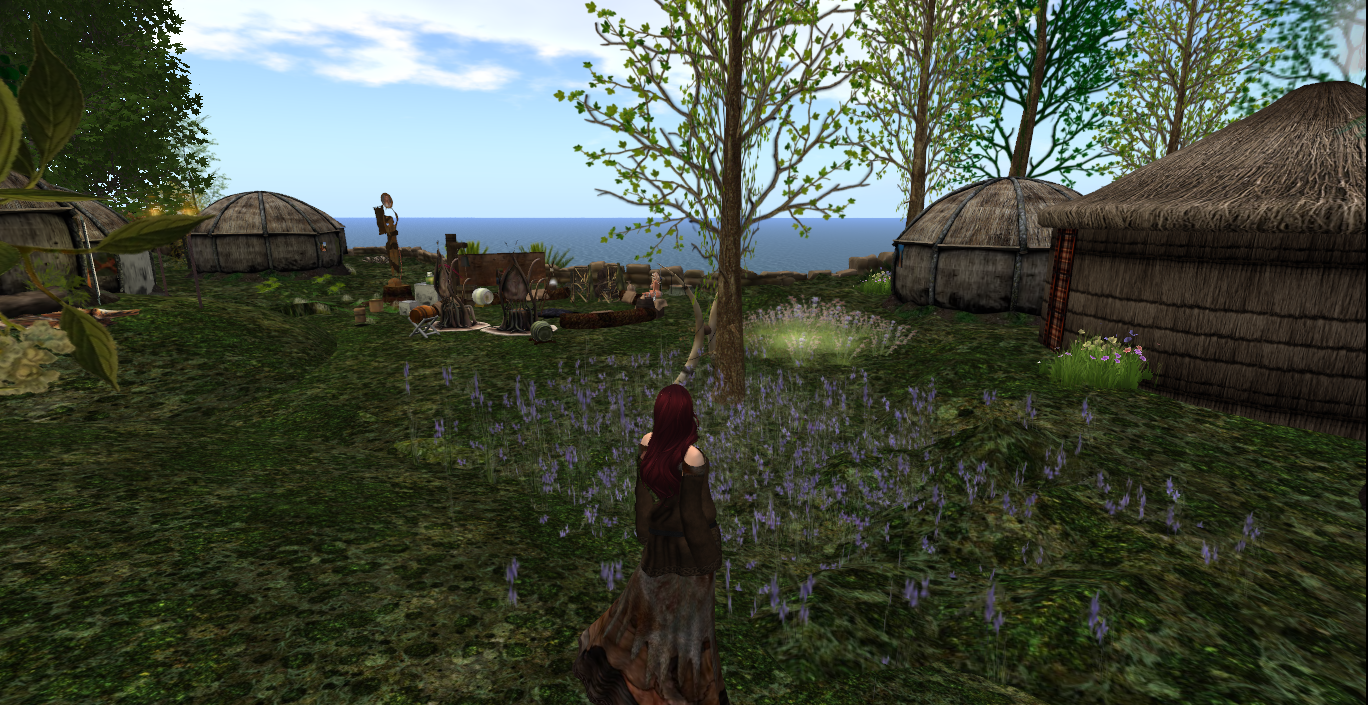 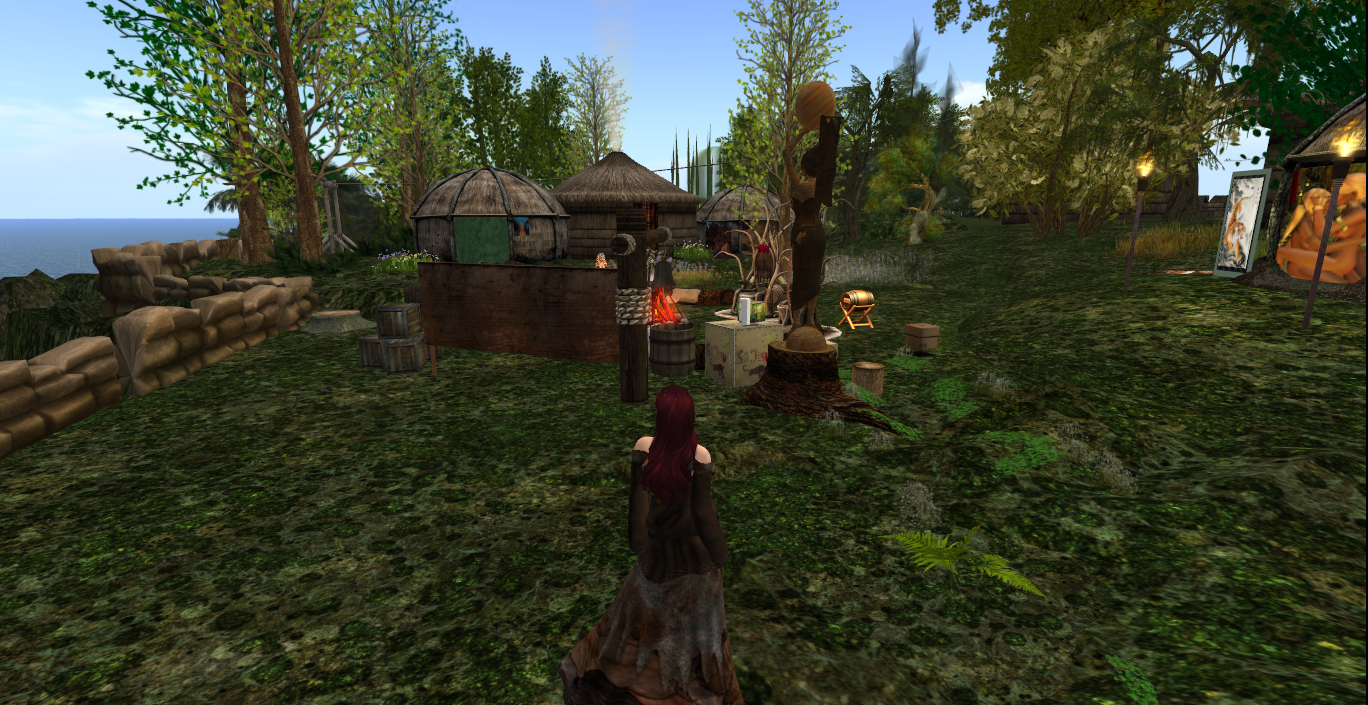 By this time I admit I was rather lost, the camps and a trading station cover 4 regions in a 2×2 square layout. The paths in between the various camps zigged and zagged in an irritatingly pointless fashion, except perhaps if they were like that for defensive purposes I thought. When I queried this, I found out that a lot of the areas were non-combat, RP only.

Once we were out of the maze and back to one of the docks, there was a sign, showing which areas were combat or RP areas.

I think to do this place with it’s numerous and varied inhabitants justice and make sense of it, I shall have to return. Next time however starting from each of the 4 regions landing points. The fact it has large RP-only areas quite appeals to me, since one off-putting thing about Gor RP for me is the constant risk of capture. For many players in SL Gor combat,raiding and capture RP is their main draw to it,but not for me.

One thought on “The search for friends: Into the Jungle”