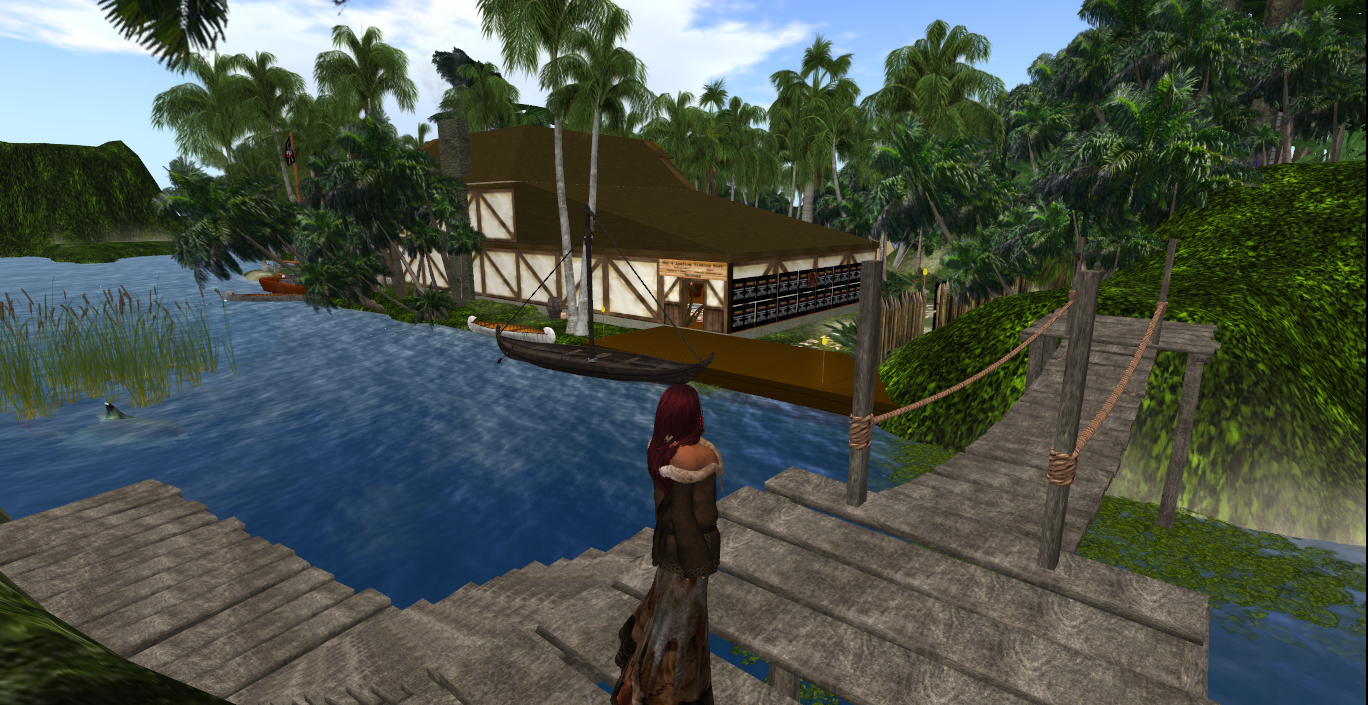 As I mentioned I would in a previous post I returned to the Taluna continent which is styled to represent the Southern Jungles of the planet Gor.

It is made up of 7 regions and they are described as follows:

Seven lands comprise the Taluna Continent. Three are Safe Lands, places for healing, rest, and learning. There is no forced collaring and absolutely no threats of violence will be tolerated in Safe Lands. These are:
• Jungles of Gor
• Korat Cove
• Jungles of Mist

The remaining four lands allow full Gorean role play. Prior to combat and capture, some Role Play (RP) must be conducted. These are:
• Jungles of Schendi (Southern Jungles)
• Jungles of Ushindi
• Jungle of Sheba
• TMP

The Korat Trading Post is a non-combat Safe Zone (as all trade points are, by Gorean custom). All taverns are non-combat.

I arrived at the Kort Village landing point since that was the landmark I had from years past. 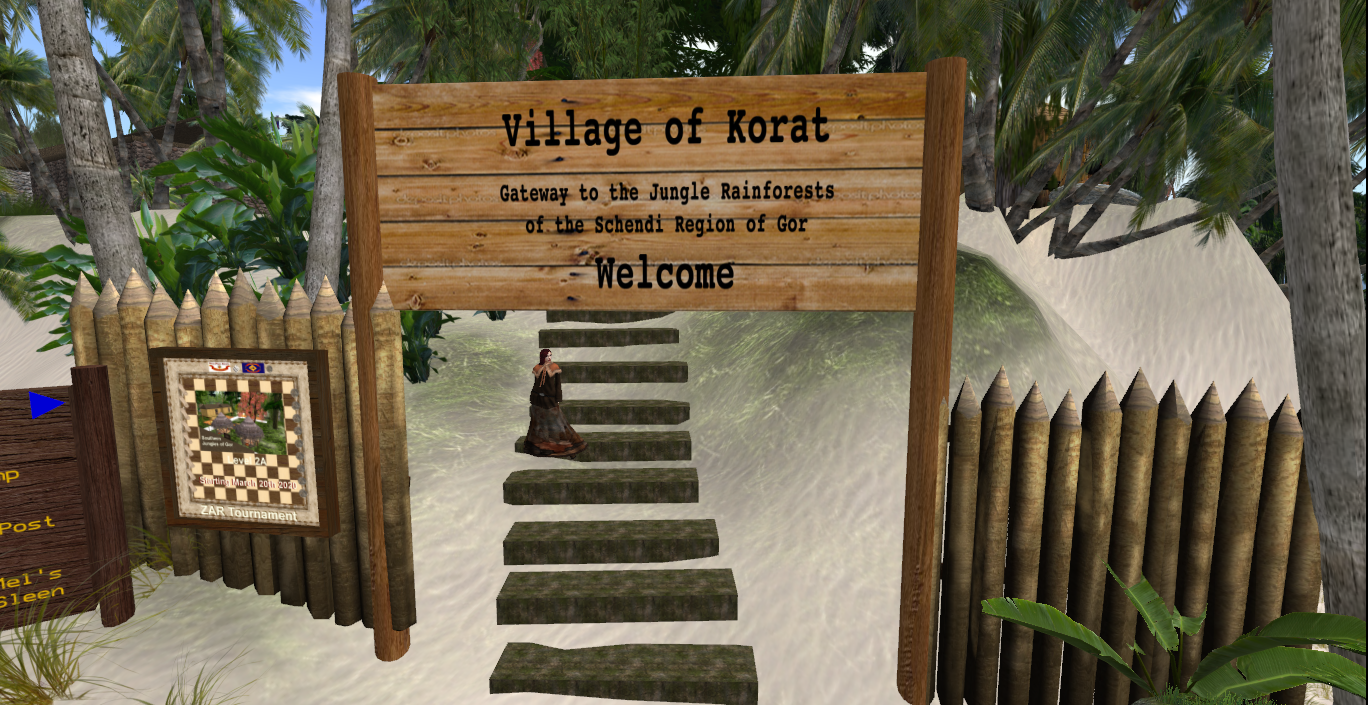 among a number of straw huts 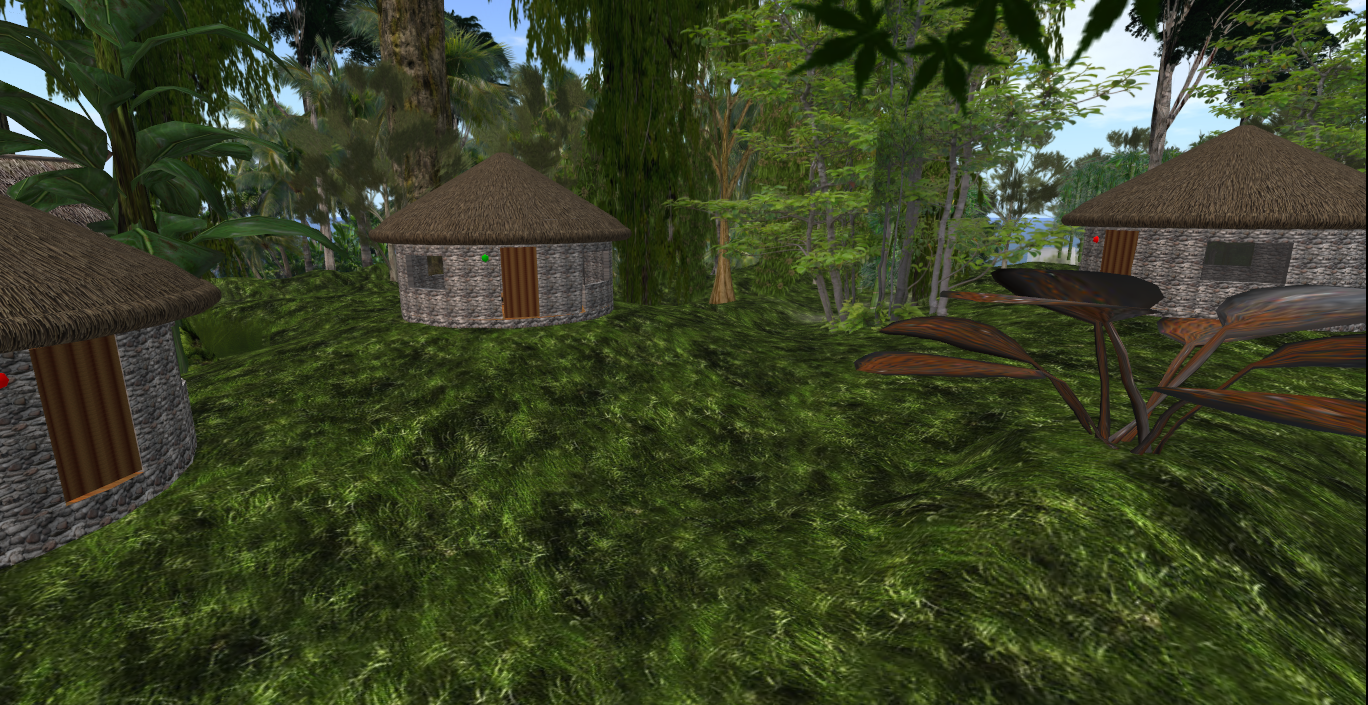 There is also a 2 storey building that seemed a bit out of place. I wandered around but that was pretty much all there was to see here. I headed back down to the dock where I had arrived. Where I found a small boat that I’d missed when I arrived. 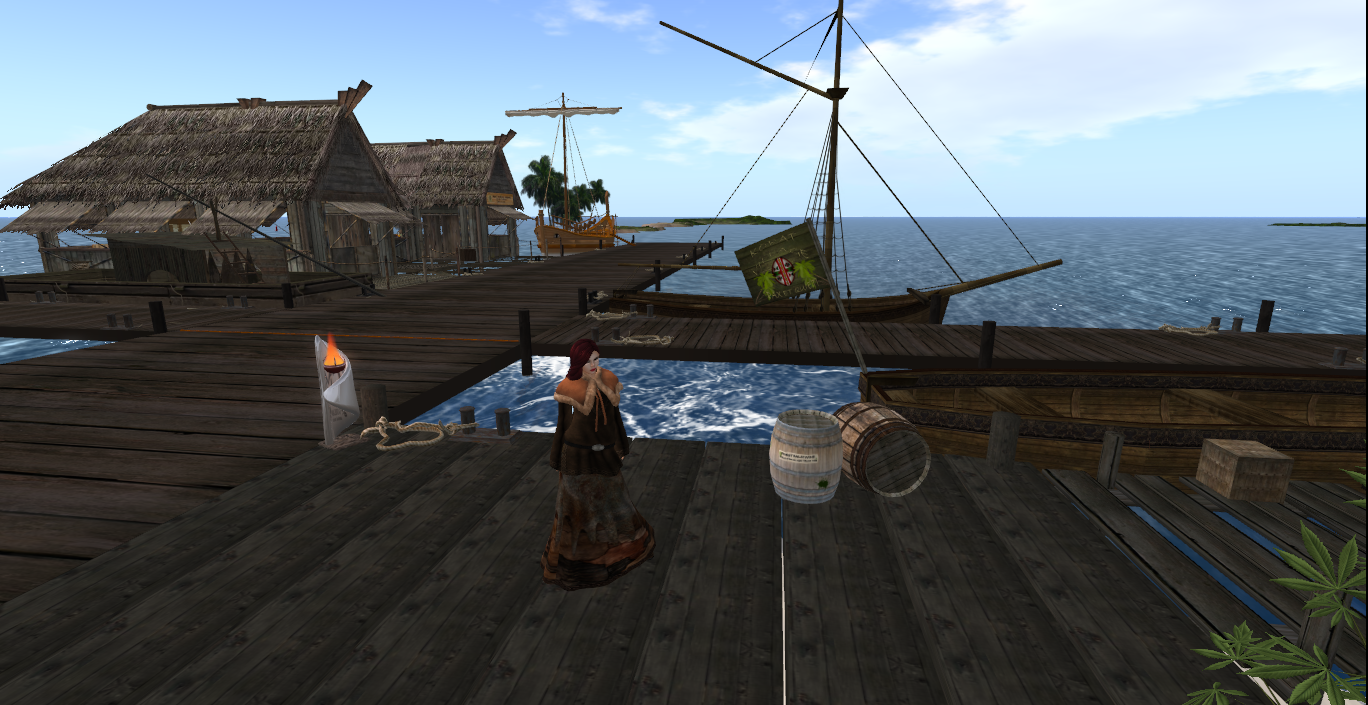 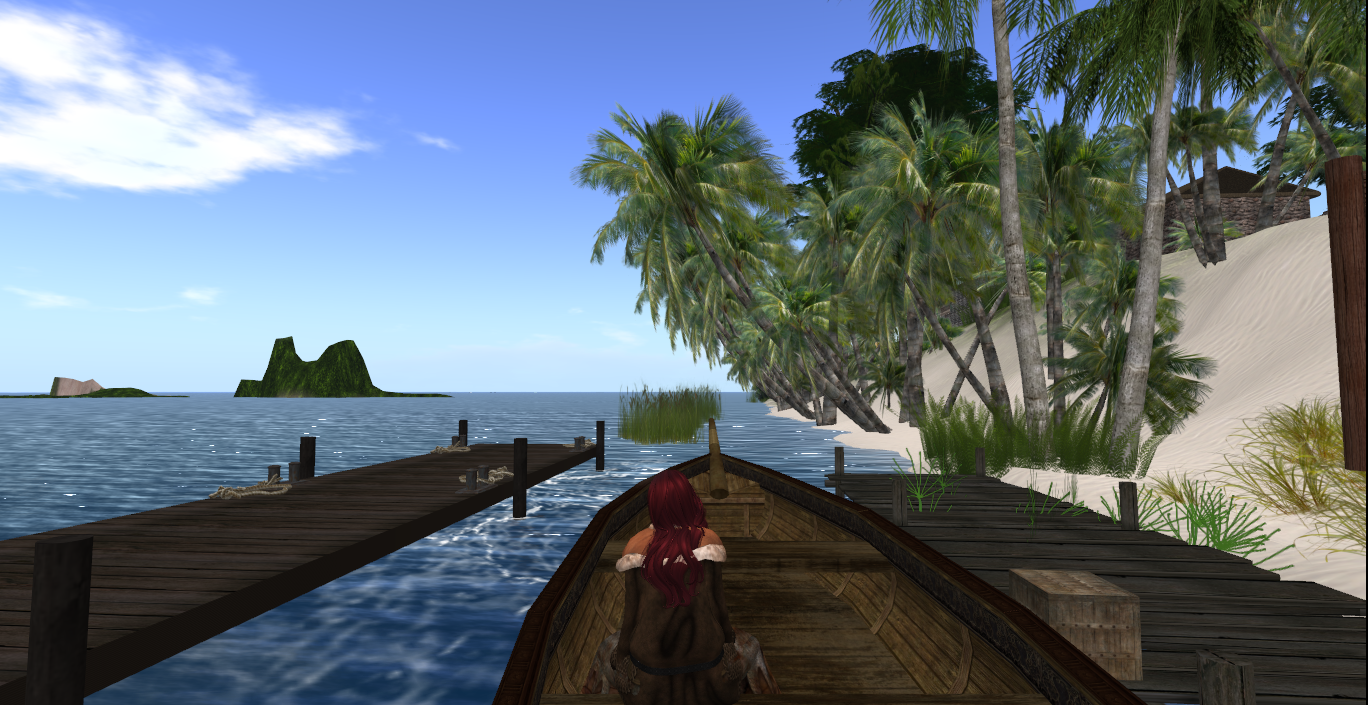 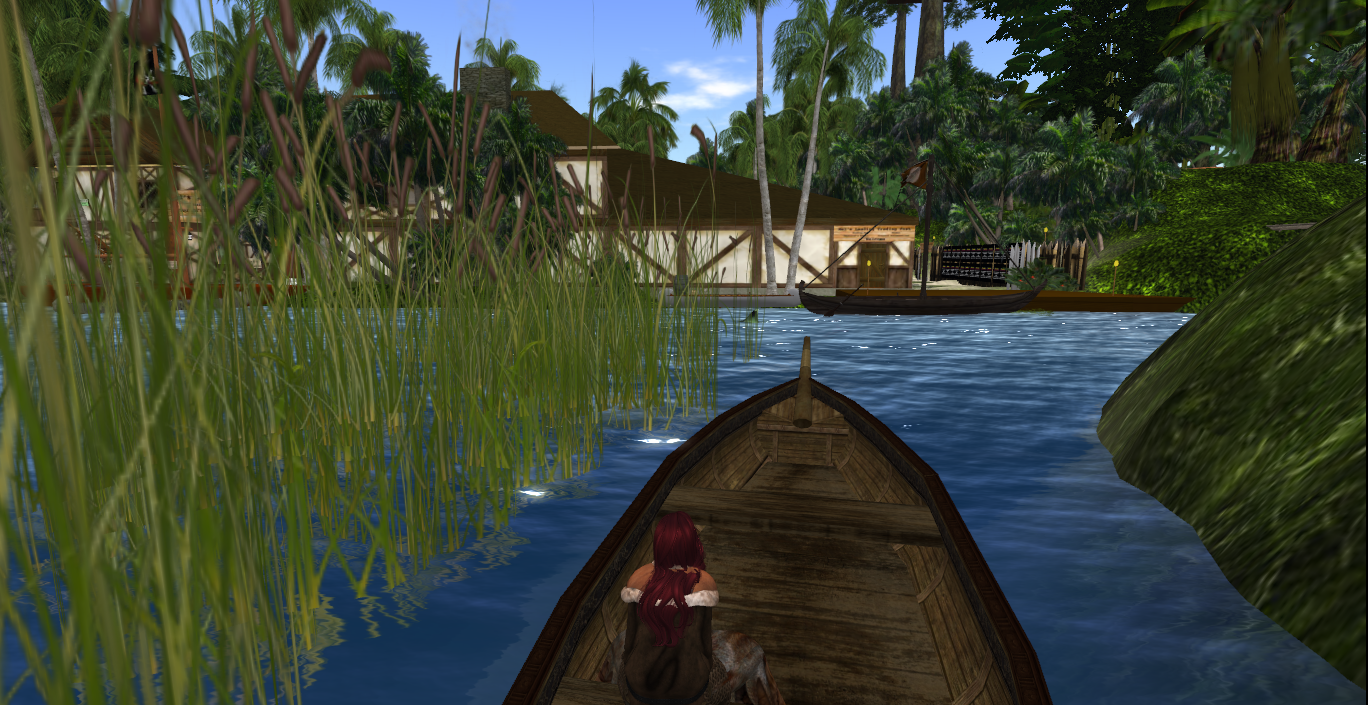 (Remember to stand up as soon as you arrive or the boat will vanish and drop you in the water!)

I entered the main trade area where there were a number of trade carts as you cross through the main area before you come to a number of buildings including a tavern and a healers premises. You can see here there are a number of signed entryways heading into the jungle.

The fact there is a second seaward entrance, makes me wonder which way the region owners actually intend for you to arrive. But either way these places provide plenty of opportunity for RP for those that don’t want to play “pew, pew” with bows and arrows in the jungle.