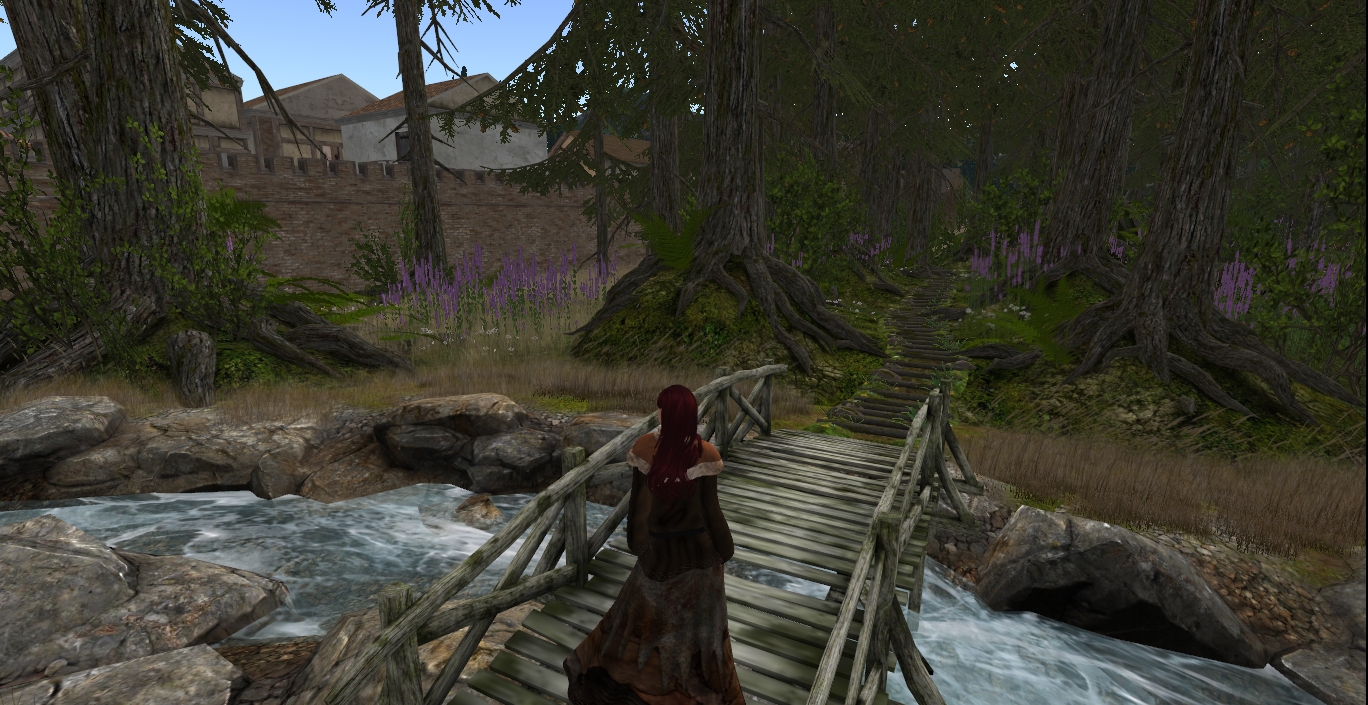 As I mentioned in my last post one of the risks of being female in SL Gor RP is the risk of being captured. I experienced a prime example of this very recently.

To the rear of the tavern building I’ve adopted is a bridge leading into the woods. 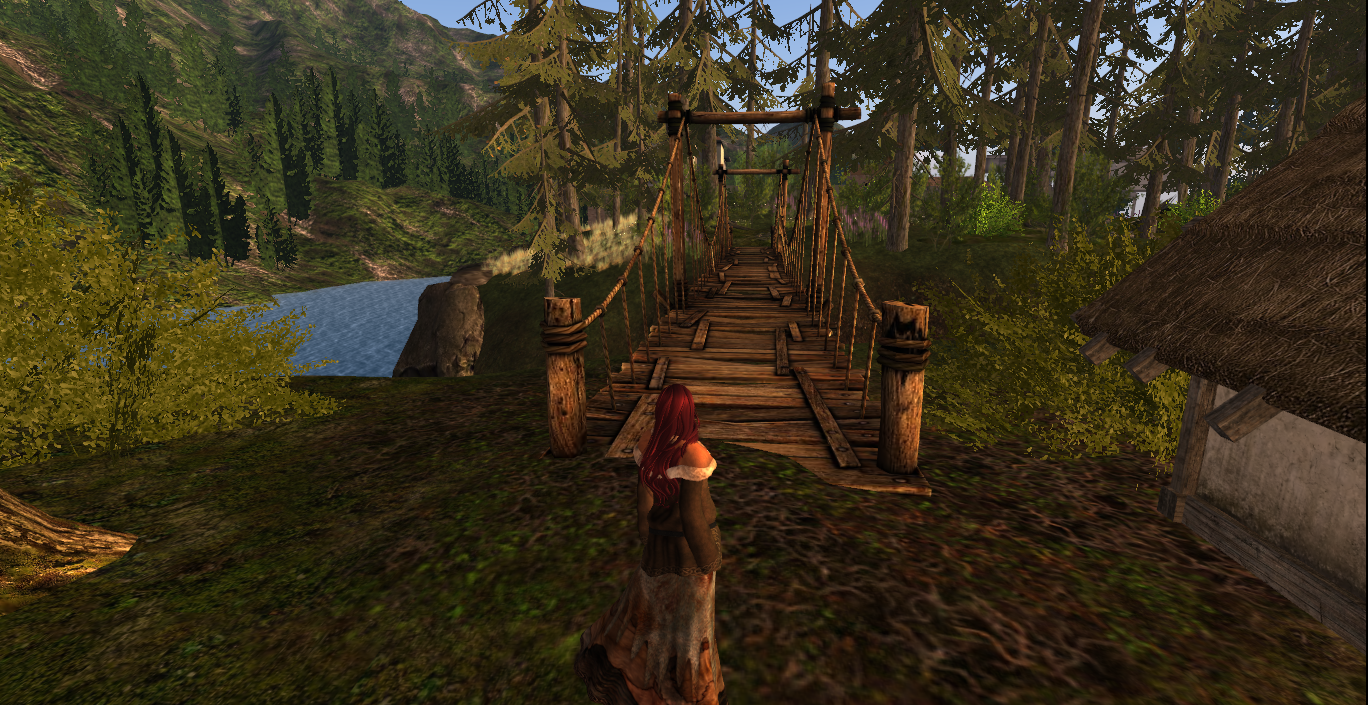 Crossing the bridge takes you into the next region over and through the woods is a path leading to a city, by the name of Lydius.

Previously I’d had a look around but not RPed with anyone there, however my friend Sigmond the Healer is based there.

I could see on the map there was someone there at the back of the city, so I thought I’d go knock on the door and say hello.

However while I was stood knocking on the gate, someone came up behind me. I turned to greet them and it transpired they did not have my best interests at heart. Below is a transcript of the RP.

[04:40:51] Maddock Bracken (maddock) found himself in the company of fortune this day . . a lone woman inside the gates could be a challenge . . but here, he found one outside the gates, alone and unknown . . he closed upon her, thick dark hands reaching to grasp her
[04:43:26] Ava Delaney (avadelaney) takes a step back ” looking at his outstretched hand “What are you doing? I’m not some wench you can lay your hands on, I live in the fort just to the north”
[04:44:47] Maddock Bracken (maddock) paces her as she steps back . . the firm gate and stone wall soon making itself a barrier to her escape, leaving her words unanswered, he locked a firm grip upon her arm
[04:45:39] zCS # [Mod] Estinie Resident [RP] logged into the region.
[04:45:40] Long Range: Estinie Resident [94m]
[04:46:43] Ava Delaney (avadelaney) thinking since she’s agains the gate she may as wel try getting someones attention again and hammers the wood “Anyone home!”
[04:47:02] East Gate Door L shouts: AvaDelaney Resident knocks loudly at the door ♫
[04:47:33] Maddock Bracken (maddock) grabs the other arm, pulling them behind her, he wrenches them into the small of her back ..  drawing out rope
[04:47:46] Ava Delaney (avadelaney) shouts: Anone Home in there?!
[04:47:50] Rurik (Estinie) shouts: Coming!

As soon as Rurik announced himself, my would-be captor departed with great haste. No exit RP, like maybe “hears the voice of the guard and backs away” or something, he just ran. Given the contents of his profile he only had capture and more on his mind. This is the kind of behaviour that gives Gor RP a bad reputation.
To say I was fortunate in IC terms that Rurik came along is quite an understatement. Because despite his dubious intentions, my would-be captors actions would have been legitimate in the RP setting.

I was once captured when I was new to Gor, it wasn’t much fun, but was a bit of a mix up due to my newness and was resolved rather promptly. It was shortly after that time I switched from playing a fair-game panther girl character to Free Woman Inn keeper.

While my assailants RP was mostly legitimate it would have been debatable. Free Women in Gor have a high status and given the location, he was being very reckless.

For a comparison to the real world, it would be something like abducting a minor celebrity from outside a police station at gun point when there’s a SWAT team inside. That’s the level of nerve (or stupidity).

That’s not my ego regarding the value of my person, it’s based on the way Free Women are depicted in the Gor book series. Here are a few quotes to illustrate my point:

“A free woman is inordinately precious. She is a thousand times, and more, above a mere slave.” (Players of Gor, p.92)

“For example, there is no higher person, nor one more respected, than the Gorean free woman.” (Hunters of Gor, p.311)
“A free woman may often make a man angry with impunity, she being lofty and free, this latitude is seldom extended to the slave.” (Blood Brothers of Gor, p.221)
Additionally a comment from a Gor Reference site:
“Free women are rarely raped unless it is leading to their direct enslavement. Even a Slaver who enslaves a free woman will treat her with courtesy until she has been branded.”
(Taken from this page on Gor-now.net)
So as you can see, my assailants actions were questionable at best.