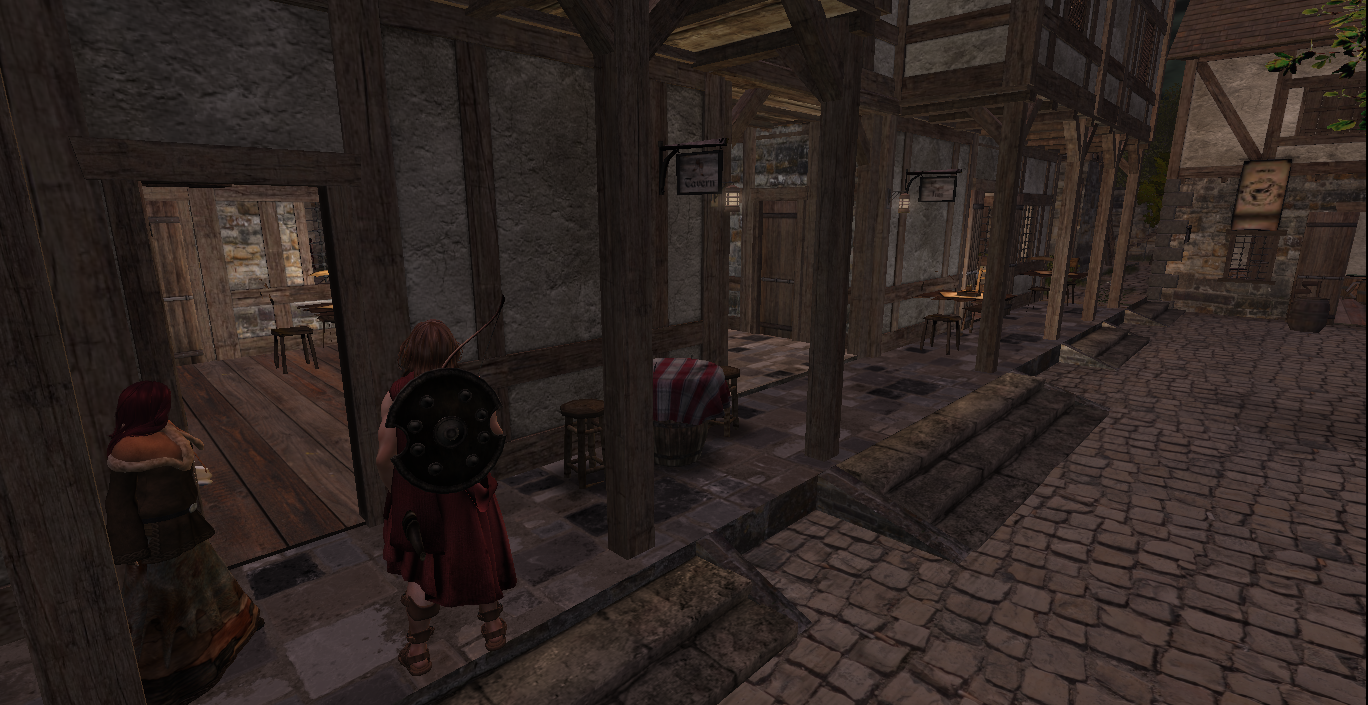 In a previous post I visited the Tavern outside the walls and another time I had explored inside the city with potential plans to move there.

The decision has now been made for me however, the forest homestead is closing due to funding issues. So everyone based there is moving to the Lydius region, which is Full region rather than Homestead.

So I paid another visit to the City to explore housing and character role opportunities.

So I approached the gates of Lydius to find them surprisingly open and a guard sleeping in the doorway.

I stated my business and intent to find new lodgings and perhaps run the Inn or Tavern. When I mentioned I already had girls that could work in there in various roles,(which is true I’m still in contact with a couple of them from my old Tavern) he seemed very interested in showing me the places.

The potential issue here however is the differences between an Inn and a Tavern in Gorean lore. Lydius is a BTB (By The Book) region, meaning it’s supposed to stick strictly to the lore.

In Gorean lore the only females you’d find in a Tavern would be those on their knees serving drinks, dancing mostly naked, or on their backs in curtained-off alcoves. Taverns are basically male-only drinking dens. So having a female proprietor would be most irregular.

On the other hand an Inn is a much more respectable establishment. More suited to providing accommodation to visiting merchants or similar.

Neither place is currently used often, mainly due to lack of proprietor and serving girls.

I have to decide if I want to take on the role of innkeeper or not. It may be dependant on the availability of my former serving girls, (or recruiting new ones) since no place can be run properly without them.

This post was featured on the SecondLife Community Blog on 11th June 2020.