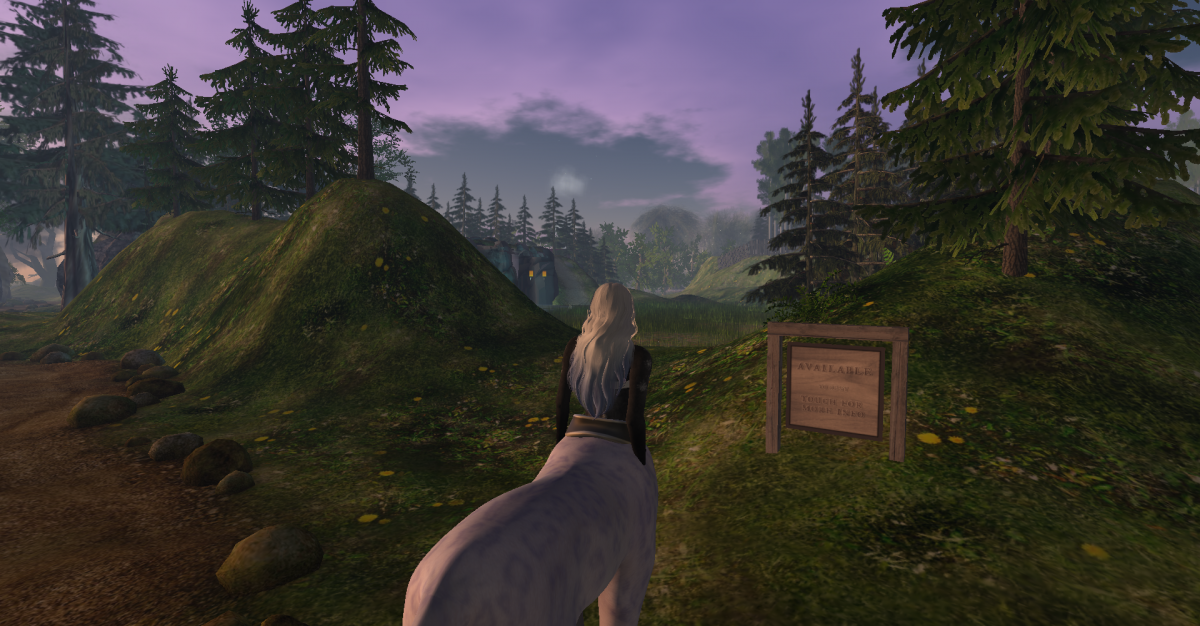 Following up on my previous posts featuring my new Centaur avatar and the Centaur Parade, I’ve come to visit the Ancient Order of Centaurs (AOC) .  Although today I visited as a different “Taur”from Jinx called the Felintaur, which has the body of a large feline instead of a horse and was kindly donated to the Blogger room.

You arrive at a large circular landing point with four exits leading in different directions.

I opted for the one located directly behind me because I saw something interesting in the distance. 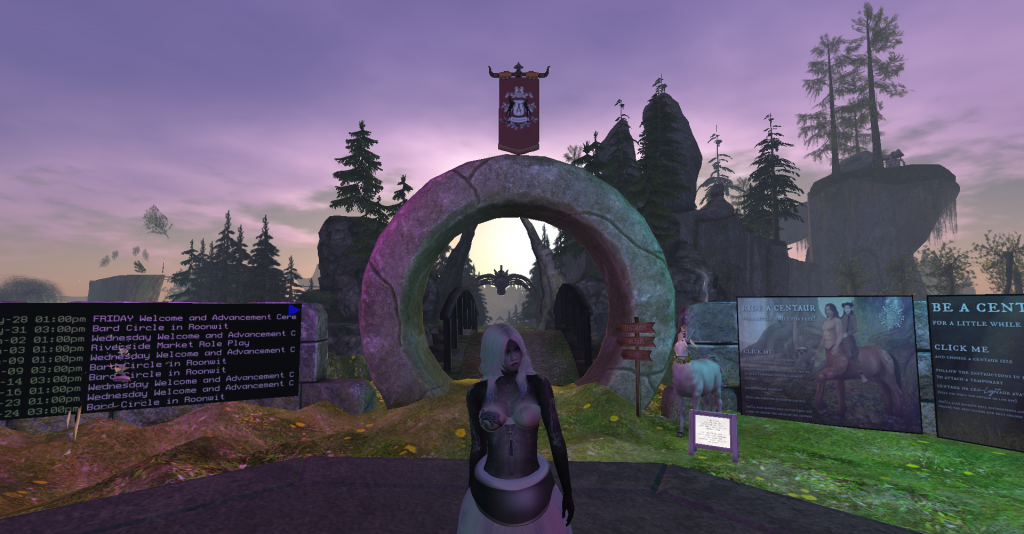 There was an intruiging arch that seemed to be mad of some large creatures rib cage over the path. 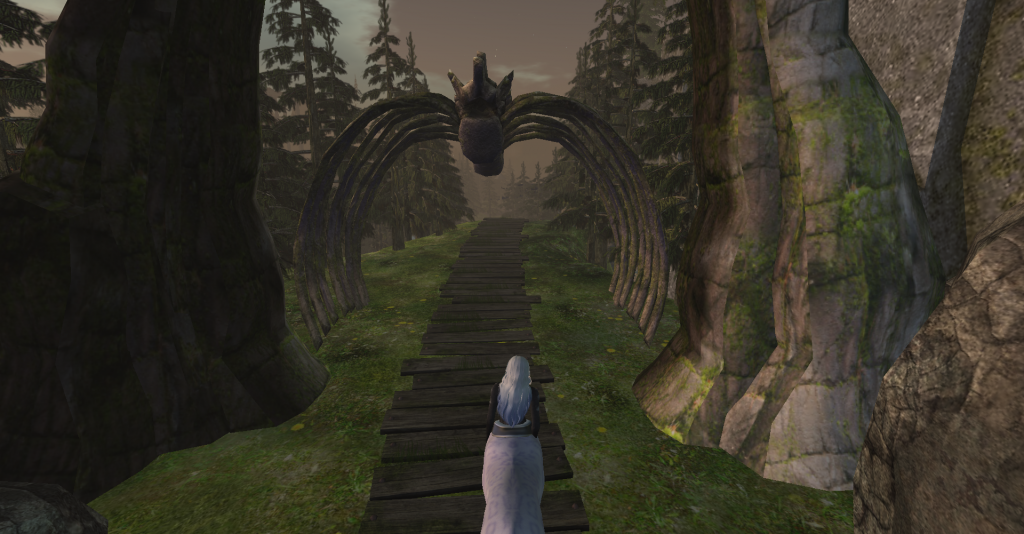 Leading to some lovely places to see and explore. Some of which are available to rent, I only spotted the “Private Property” outside the first one on the way *out* however.

No fantasy location would be without an abandoned castle..

If you want a nice aerial view over the place, there’s a handy lift:

There’s even a market where you can shop for many things Centaur related that I may well be returning to soon. 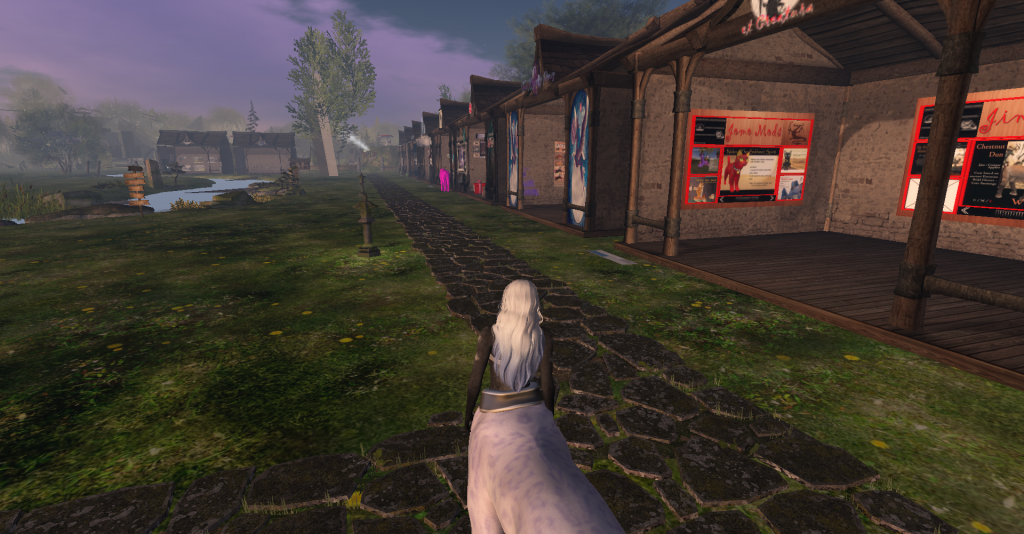 As usual with my blogging photo trips it’s not usually good for SLT so no-one around, but they do have regular meetups, a timetable is located at the landig point. I think I’ll try and make it to one of those at some point in the near future.

One thought on “Ancient Order of Centaurs”