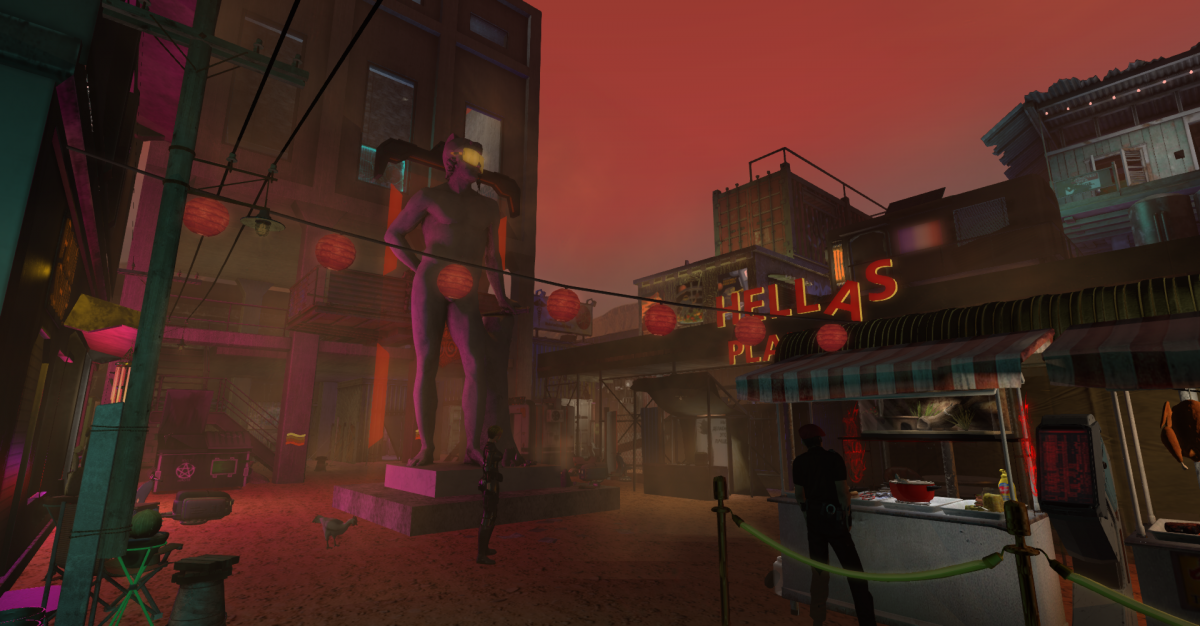 Continuing my SciFi Cyberpunk roleplay set on Mars. A large statue has been placed in the middle of the Mars crater town. The residents are not at all pleased with it’s arrival.