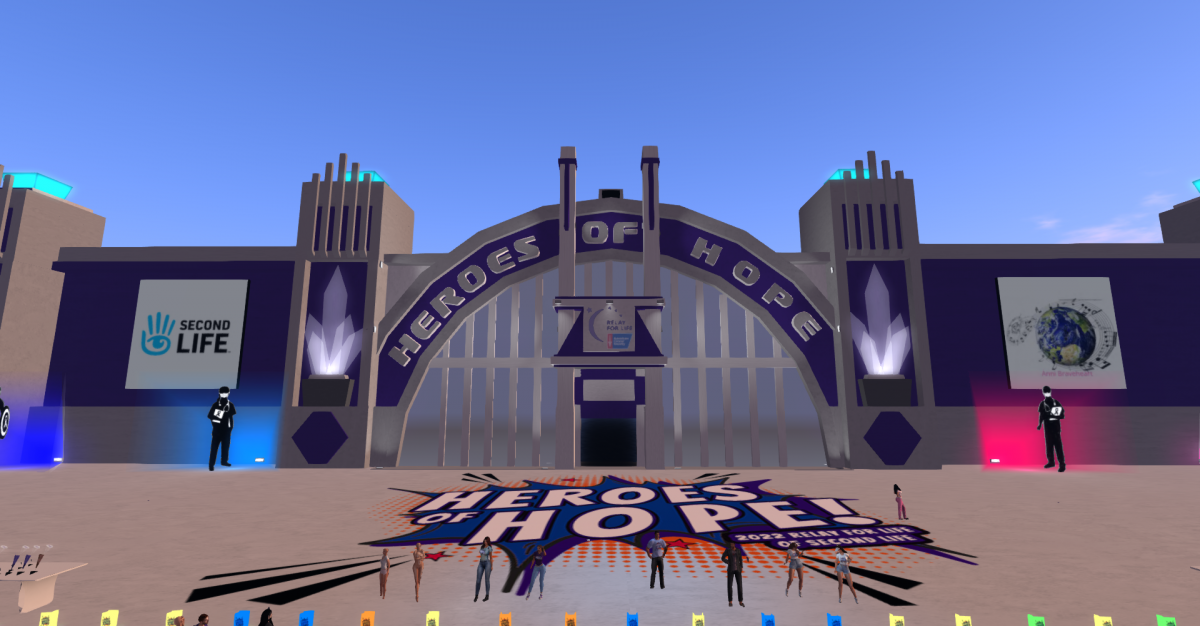 This weekend has been the finale weekend of the Relay For Life “Relay Season”, raising money for the American Cancer Society through events in Second Life.

The events schedule technically started in February but I didn’t get involved until Fantasy Faire in April. Since then I’ve paid a visit to the SciFi Con event an after-con-party, followed by the opening (and closing) ceremonies of this weekends events.

The main focus this weekend was the 24 hour relay around a track in SL. Sounds simple, right? When the track is the virtual equivalent of 9.2 Kilometres or 5.2 Miles, it’s definitely not so simple. There were relay teams (138) doing this as well as individuals, who could choose to record their laps completed. This year there were 1185 avatars doing so.

Together they completed 5413 laps of the track. That all adds up to a whopping total of 49882.153Km or 30995 Miles covered! (I was going to say walked/ran, but this is Second Life there were all kinds of weird and wonderful non-human avatars relaying too, which involved flying or other forms of locomotion.)

It’s not like any other relay race you might come across in the real world though. Certainly you get rest stops along the way, but on the RFL Relay track there are themed locations or “campsites”, all the way around the track. This is just a small glimpse of some of the fantastic locations that have been built.

The regions are going to be there until Thursday 23rd June, so you have plenty of time to go explore for yourself.

Try starting HERE it’s a part of the track in front of where the ceremonies were held.