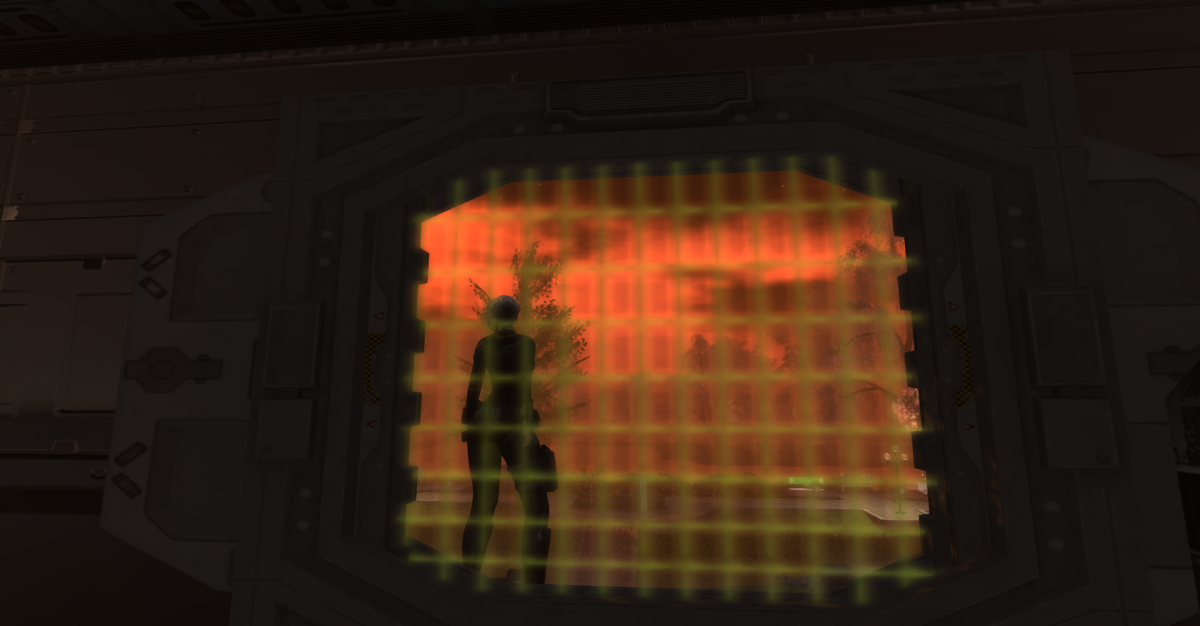 Ava wakes with a start in her bunk in the makeshift office. There’s no question of what’s woken her, it’s the roaring sound of thrusters loud and powerful enough the building is shaking.

She jumps down and runs to the doorway, it’s still night, but from the emergency lights on the surrounding buildings she can see what’s happening. Where the Helix soldiers camp had been is now bare earth except for a few empty crates and torn tents, the noise is a fleet of their transport ships taking off.

Time is going to be short, the civilian residents are going to panic when they realise what’s happened. Ducking back into her office she switches on her drone control terminal, it bleeps to indicate its running on battery power since the outposts generators had gone along with the soldiers. Logging into the system she brings up the list of nearby AMZ craft, now very glad she’d disguised the signature of the cargo ship as just another drone when she left it in orbit. The soldiers would only know if they actually saw it and right now it was fortunately on the other side of this miserable rock. Sending the command to wake up the droid pilot and initiate landing sequence as close as safely possible, she enters the data wipe command on her terminal and heads for the door.

Moving quickly she dashes from door to door of her friends that had also been woken and says to each of them “Get your shit together, we’re leaving. Clearing at the top of the hill in ten minutes if you want off this rock.”

Ava stands at the top of the loading ramp, one hand on the security forcefield control, the other holding a pistol. There’s only so many stasis pods on board and she’s being very selective who gets one.

If they weren’t a resident of the community from the Hellas Crater, they weren’t getting onboard and there are already two bodies on the ground as testament to her resolve.

Once there are as many people as stasis pods she closes the ramp and presses an intercom panel on the wall to instruct the pilot. “Tinman, get us out of here, set course for Mars, the Southern end of the Hellas Crater”, she says before heading to the freighters minimal living space with the others.