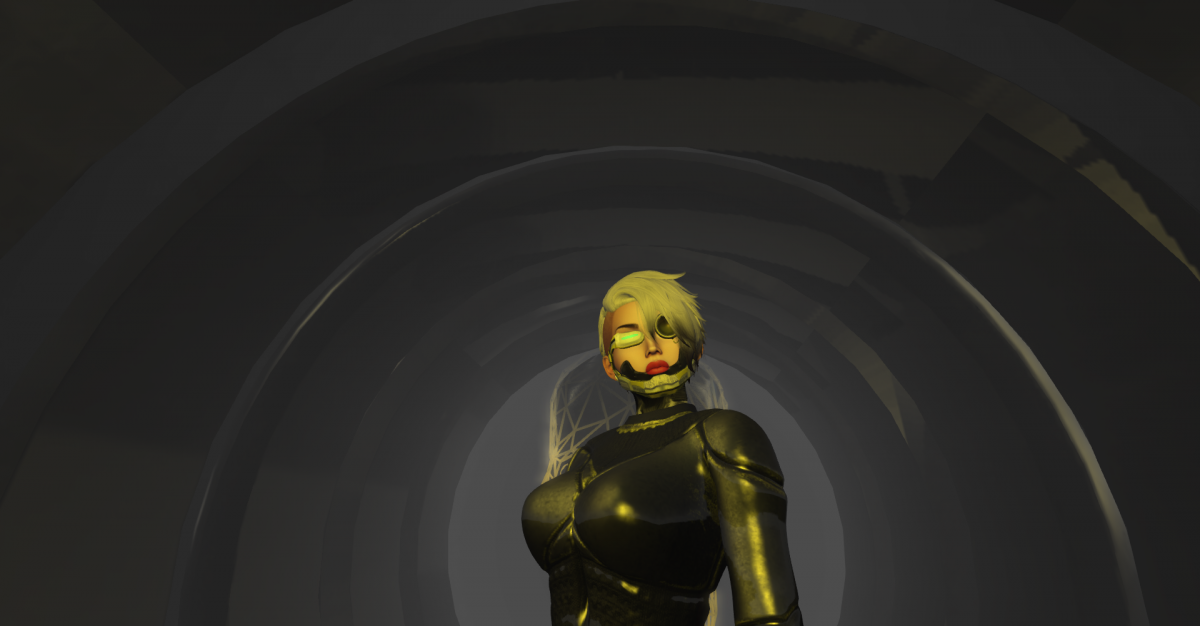 Since my return to the Hellas Mars crater Sci-Fi roleplay coincided with the opening of the CyberFair event this month I thought it was time I gave Ava’s AMZ characters appearance a bit of an overhaul, along with some embellishments and extra details to her story. 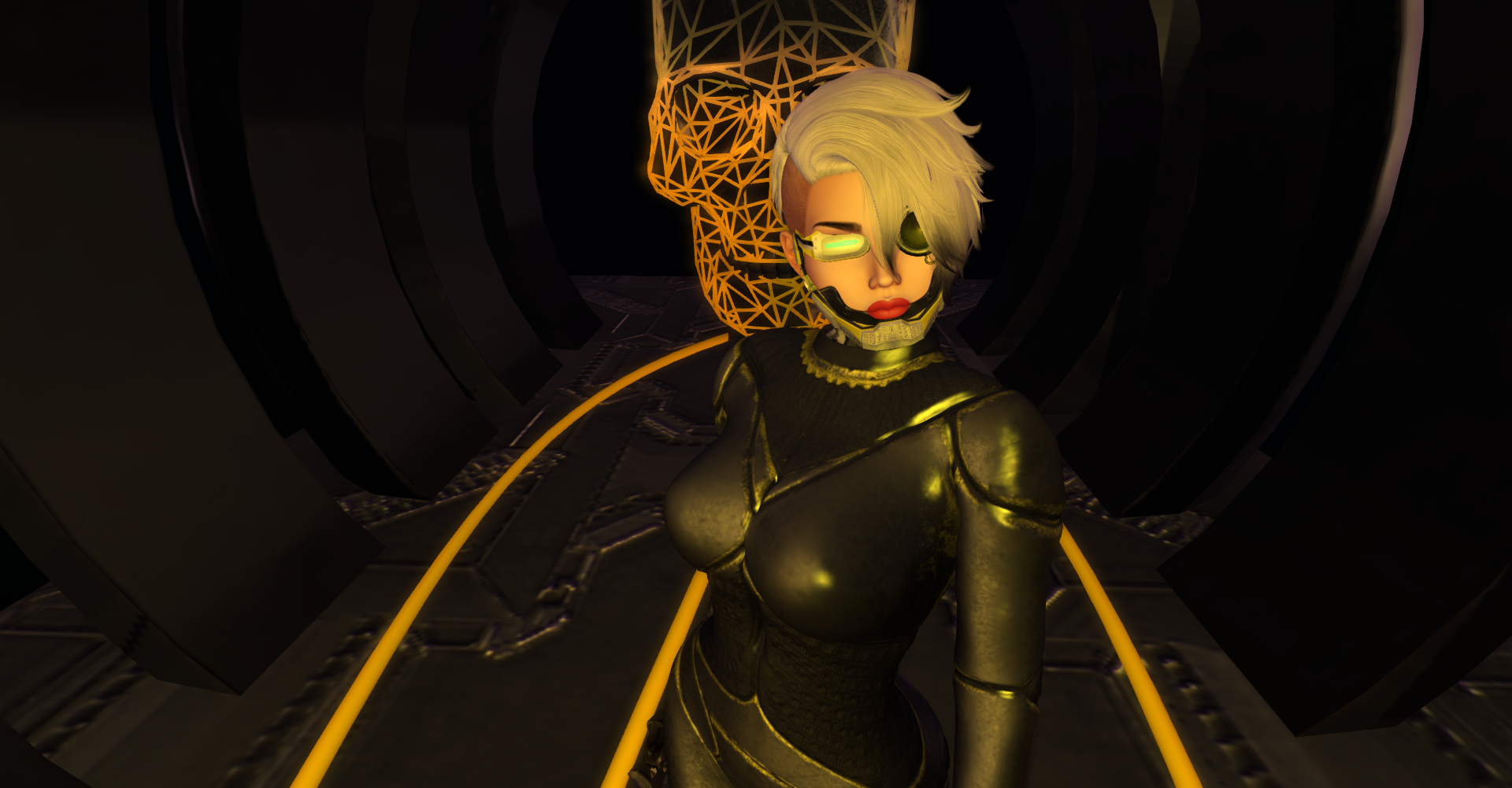 The Story so far:

Ava is a courier for AMZ (All Mars Zone) that ship pretty much anything anywhere. She was sent to Mars originally to deliver a particular dangerous package (given that she was sent with a personal bomb shelter capsule), to the Martian city of Helix. The delivery wasn’t originally made because the city was evacuated. Later she met the local courier that she was supposed to give it to on Mars, but not the final recipient, so she was stuck on Mars with a useless dangerous crate and a portable bomb shelter.

After some time spent with the refugees of Helix she was recalled to Earth by the company. When she explained the situation on Mars and the surprising growth of the crater community to her employers, they sent her back. Her instructions were to establish an office there and negotiate shipping contracts with whoever or whatever organisations or entities required them.

The resulting “Office” being a very loose term for a storage crate painted in company colours and signage placed under the shuttle landing pad.

AMZ are now using unmanned drone ships for the long haul to Mars, controlled by an AMZ employee for take-off and landing, or if the there is problem such as the pod deviating from its set course. The company’s focus is customer privacy, confidentiality and shipment security. To this end the drones cargo compartment can only be opened by AMZ employees with biometric authentication. Additionally customers can ship goods in AMZ crates with similar protections, so only the intended final recipient can open it.