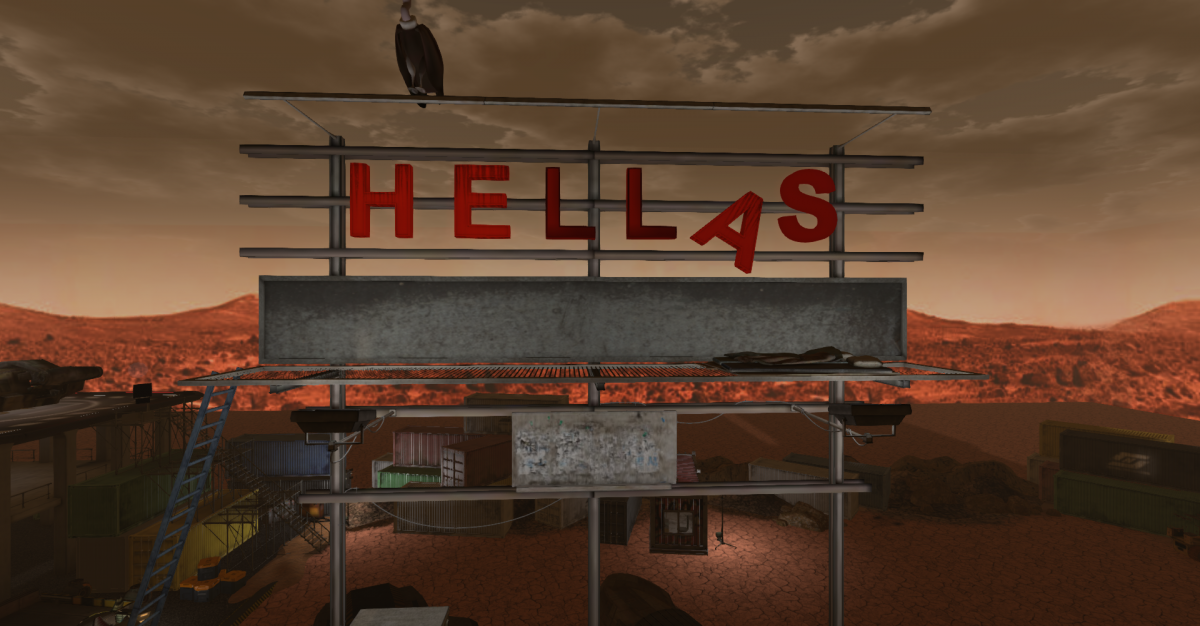 I’ve been meaning to do this piece for quite a while, but the folks kept adding,expanding or moving things, now apparently it’s complete.

Because I like to write about places from perspective of a newcomer and I’m a member of the community here I decided to go in disguise,using an Alt avatar. I’m sure they’ll forgive my little deception eventually, but it did help get a fresh perspective on the place.

The arrival point is on a landing pad next to a rather battered old spaceship and provides a good view of the surrounding area, which is mainly shipping crates I thought at first, til at the back I saw a vehicle, I thought it would be best if I didn’t try to drive it off. You’ll also find a teleporter here that takes you to the Deep Space Hub located at Moonbase 3. 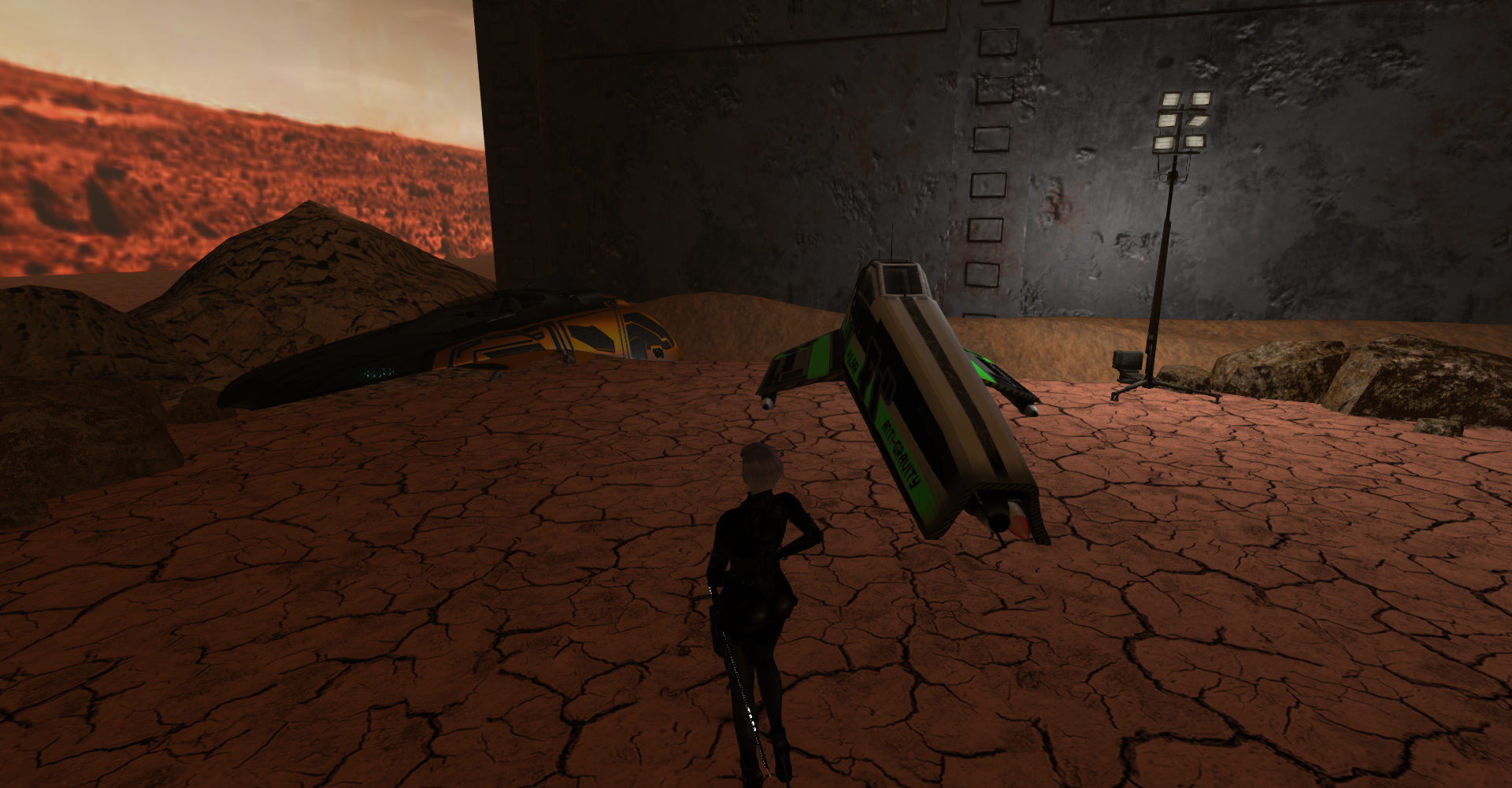 Heading on towards the entrance I was greeted warmly by Jadzia, who told me a whole bunch of useful stuff and answered my questions. Quite a lot of it I didn’t actually know, because the place has changed a lot and there are lots of new storyline elements I wasn’t aware of. (So it wasn’t a waste of your time and breath, Jadzia.) 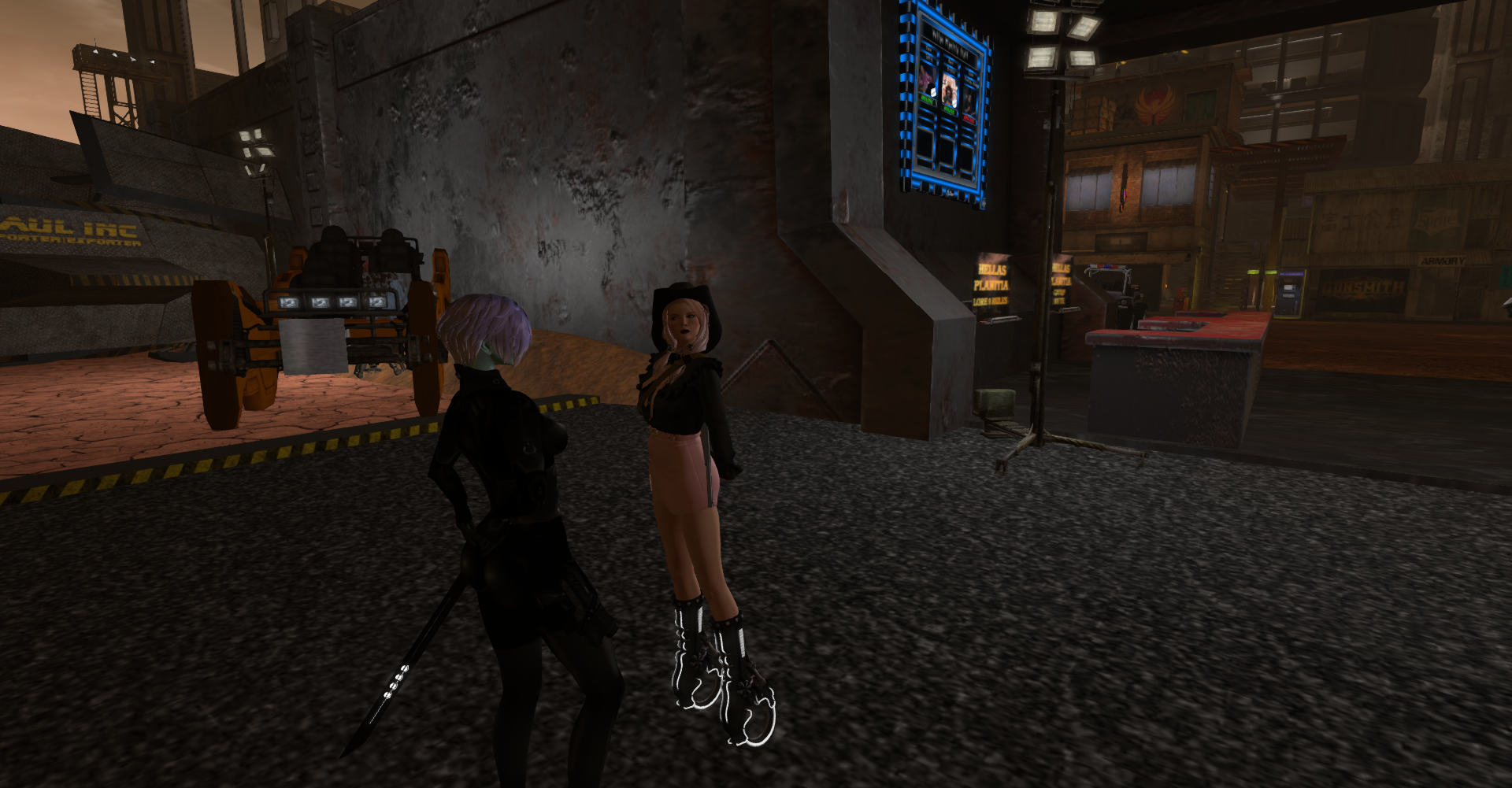 I continued left into town and followed the main street to do a circuit of the place. There’s lots of places to see and explore here, providing lots of opportunities and locations for roleplay.

There’s a few other places that you reach by Teleport doors, but I’ll let you find those for yourself, wouldn’t want to spoil everything.

What’s different I find about Hellas is the community effort and storyline that’s genuine. They did live in a city called Helix which had to be evacuated (the region closed) and they did find themselves homeless, so they settled in a dusty crater and built lives for themselves.

This story and the environment it creates, very much gives you the feeling of an old Western frontier town or mining colony. Like the old West, it has attracted some not very nice characters(story wise), doing things that would make them criminals on Earth. As a result the authorities on Earth are taking an interest and trying to assert themselves on the populous. Alongside this you have a not-so-reputable mining company that are trying to do the same, as they restart mining operations in the crater. Hence some newer less derelict-looking buildings about the place.

There are lots of post-apocalyptic, dystopian and shiny space station locations in SecondLife which I’ve seen lots lately. Hellas is different in that Earth is still happily ticking over, life going on as normal. The citizens ignorant of or uncaring for those that have chosen this remote life.