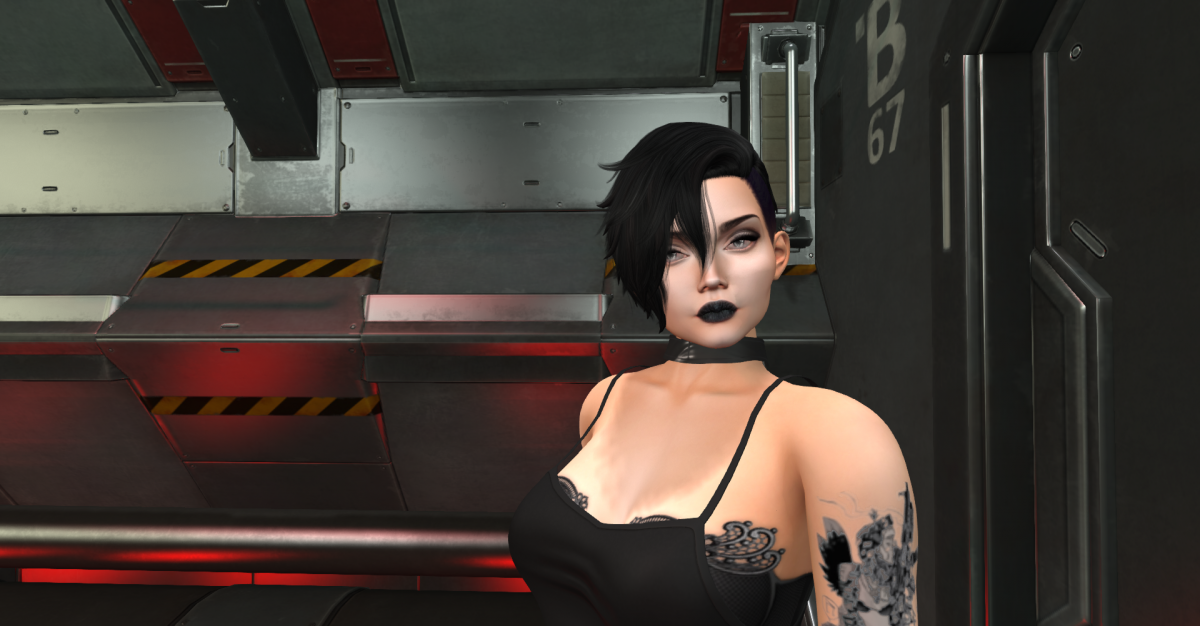 One of the things I love about SecondLife is the variety of creations available to dress our avatars in weird and wonderful ways. I enjoy making themed outfits inspired by books featured the SecondLife Book Club, but I’ve recently been reading a book not featured at the club: Armada by Ernest Cline, author of Ready Player One (&Two).

A character we meet early on is Alexis Larkin a gamer girl (call sign: Lexecutioner) I thought it would be fun to make an avatar outfit in her described image. As I read the (usefully detailed) description of her, I was sure it wouldn’t take me too long…except for the tattoos! 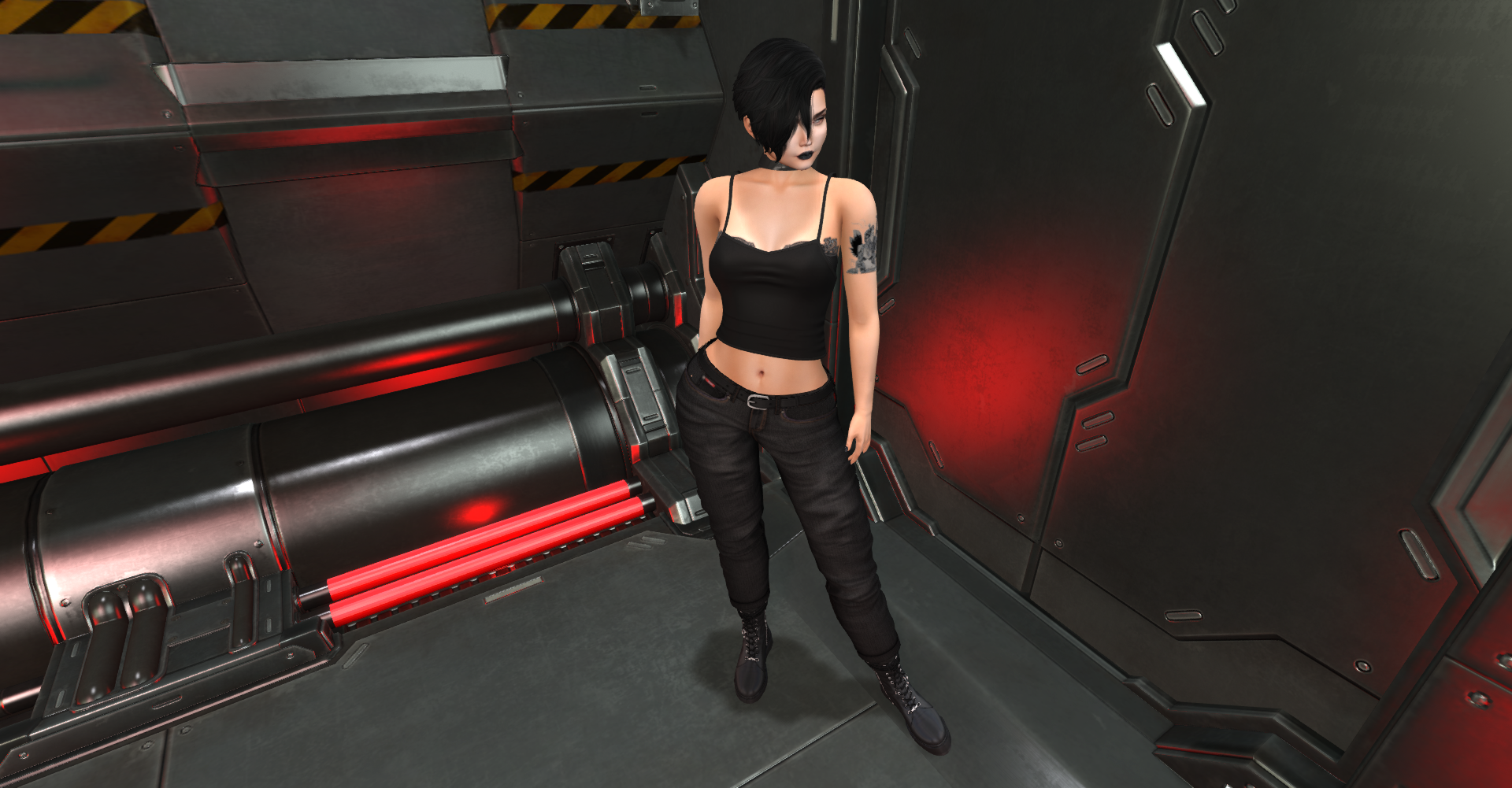 I was able to make the tattoo that reads “EL RIESGO SIEMPRE VIVE” on her right arm fairly easily, then found a picture of TankGirl that looked close enough to the description (after a bit of tweaking) for left arm.

Of course any Sci-Fi outfit wouldn’t be complete without their respective gadget. In this book it’s called a “QComm” and can do pretty much anything communication wise from anywhere, including controlling drones.