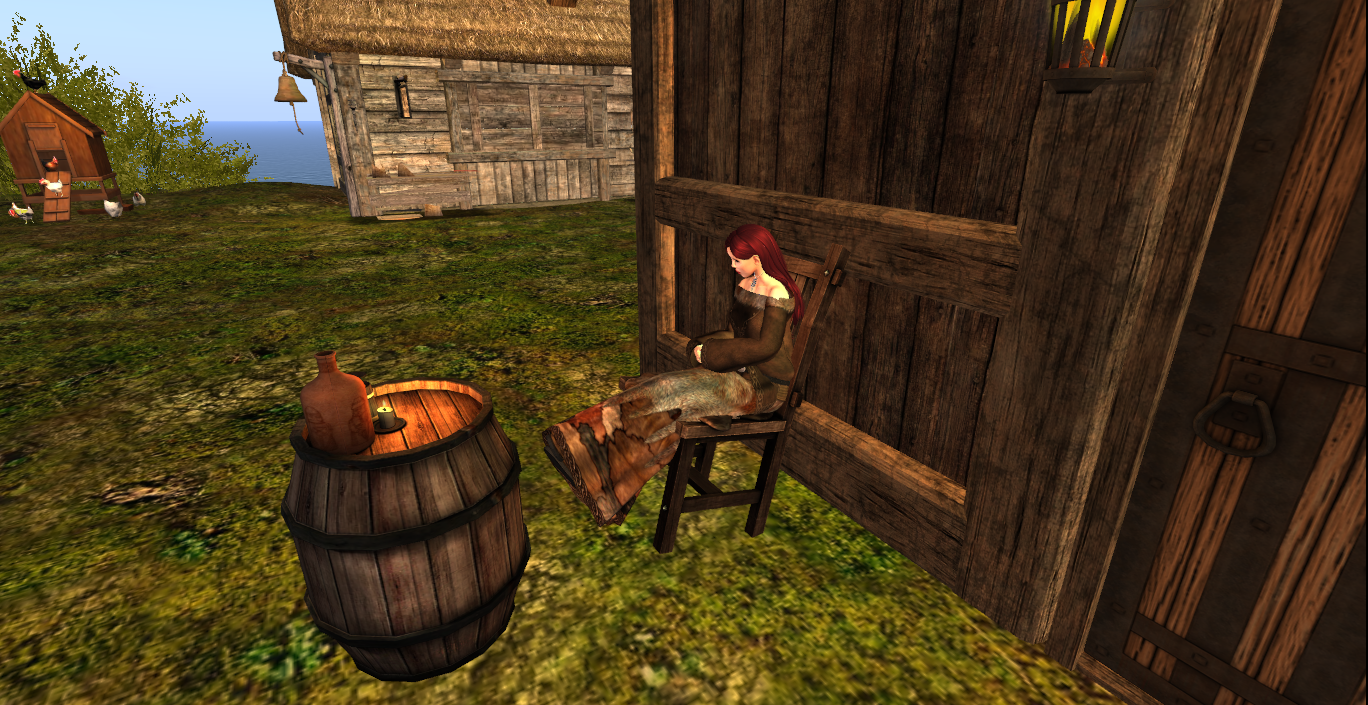 This last week I decided to revisit some of my old friends in SL Gor.

It has been almost two years since the Tavern Fire storyline that preceded my departure from the Gor RP community, but I hadn’t cut ties completely. I’d kept a few good friends on my list and remained in a small number of inworld groups on mute.

The events described happened over the space of roughly a week but have been re-arranged and summarised for easier reading.

As a brief recap, I had left one community where I had run a large tavern, which accidentally burnt down one night.

I moved to different forest location where I took up residence in an outpost hill fort,from where I became a roaming trader. This got extremely hard work and just not fun anymore, so just stopped going there or any other SL Gor places.

My story resumes with my return not immediately to the fort, but to the nearby camp of my old friend, Dani.

I was, as expected, welcomed with open arms by Dani who was glad to see me after such a long time.

We sat and talked of old times and what I might do now. I would have been welcome there, but I prefer a proper bed and walls when I sleep these days, plus my complete ineptitude with weapons would make me a liability if the camp was attacked.

So I met with Sir Courgan who offered me a choice of two homes in the fort, being aware of my character history suggested maybe I could mind their local drinking establishment. 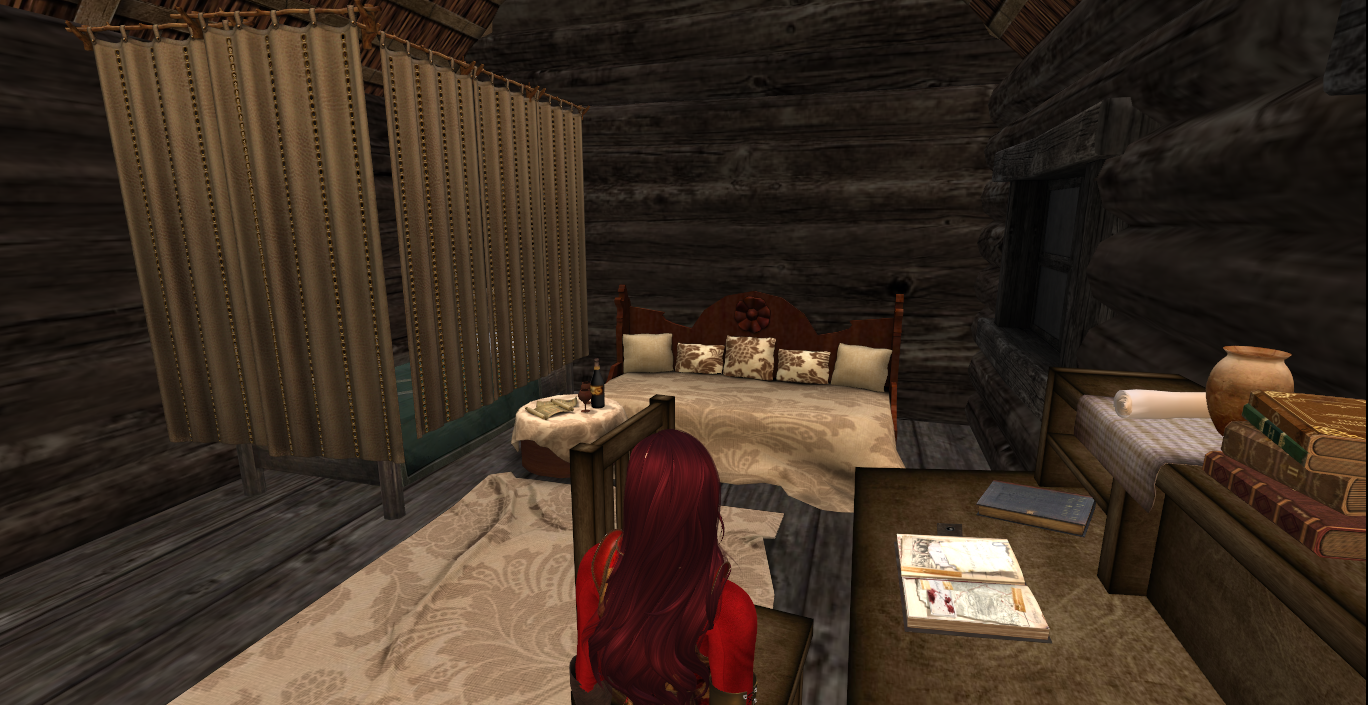 Once I was settled into my new home I decided I needed to begin tracking down my old friends and acquaintances ICly.

(Meaning while I could look them up in SL and see from profiles which bands or affiliations they were now part of, in RP terms my Character didn’t know these things, so I needed to find out.)

I thought a starting point would be to ask Dani what she could tell me, so another trip into the woods was required.

When I was leaving the fort I found an unusual scene at the bottom of the hill, a group of Dani’s huntresses gathered around a man on the floor. I recognised the man as a former acquaintance by the name of Castor. (I really wish I’d remembered to get a snapshot of this amusing scene, but alas no.)

I thought he might appreciate my aid and be of use to have around if running the tavern so I bartered for him, a cheap bottle of ka-la-na wine and he was mine. I left him at my hut in the fort an continued on my way.

On my arrival I was met by rather agitated Dani.
She informed me that one of the women was “going a little nuts and hearing voices”.  I admitted this was well beyond my rudimentary first aid skills, but I had seen a well-known healer by the name of Sigmond in the area and said I would mention it if I saw him.

I then had a pleasant chat with Dani while another huntress listened drinking her morning cup of black wine (gorean coffee). However Dani didn’t have much information for me and the visit was cut short by an intruder in the forest and I was safely escorted back to the village none the wiser about the location of any of my old friends.

I met up with the physician, Sigmond, a couple of times over the following days

I told him of the sick panther girl as I told Dani I would, one of the huntresses even dared to enter the village to give him some more detailed information, although she claimed to have been hunting and following her prey.

Towards the end of the week the girl that was with Sir Courgan when I met him,by the name of Ame visited the Tavern. Keeping it clean and tidy is among her regular tasks apparently. While she was there a local warrior by the name of Sorin paid a brief visit long enough to make introductions.

In my further attempts to reconnect storylines with old friends I paid a visit to the Ikeri tribe that were my neighbors when I had my old tavern.

Their leader,Sky, my friend was not there at the time, but I met a pair of twins who assured me they would inform her of my visit.

Well those were the events of the week, which were fun to rp, I think there will be a bit more to come!

I heard from some of my older friends that I have yet to reunite with IC that things have changed a bit in my absence. Apparently the concept of IC info (like my character knowing where her friends are now) are concepts not often followed and not many are interested in long-running storylines. I hope this is a misconception or an exception, because I love a good story that runs for a while.

I’m going to stay around a little while longer and see how things play out. I hope roleplay here isn’t as dead as some are suggesting, but from what I’ve seen this week I’d say it’s still got a pulse!

If you want to read about my previous Gor history click HERE to read from the beginning.