Ava arrived at the venue for the Glitter & Gore festival she planned to attend, to find that the only accommodation left in the area was a very rundown hotel. Having checked in with the rather creepy desk clerk she follows the directions to deadliesther room, deciding it was best she not find out what was making the odd noises in the rooms she passed on the way. She notices the somewhat dubious condition of the fireplace but it’s too cold in the room without it lit, so she sleeps.

She is woken all too soon by the fire having apparently been in worse condition than she thought and was surrounded by flames, she opens the room door and exits the building via a window.

Cranky at having had too few hours daylight sleep and the nature of her waking, she looks up at the burning building. She notices her car has also caught light, but simply shrugs now she won’t have to torch the rust bucket herself for the insurance. Seeing a green light around the corner of the building she heads for it muttering “that is Not normal”.

She follows the light uphill into the woods behind the building 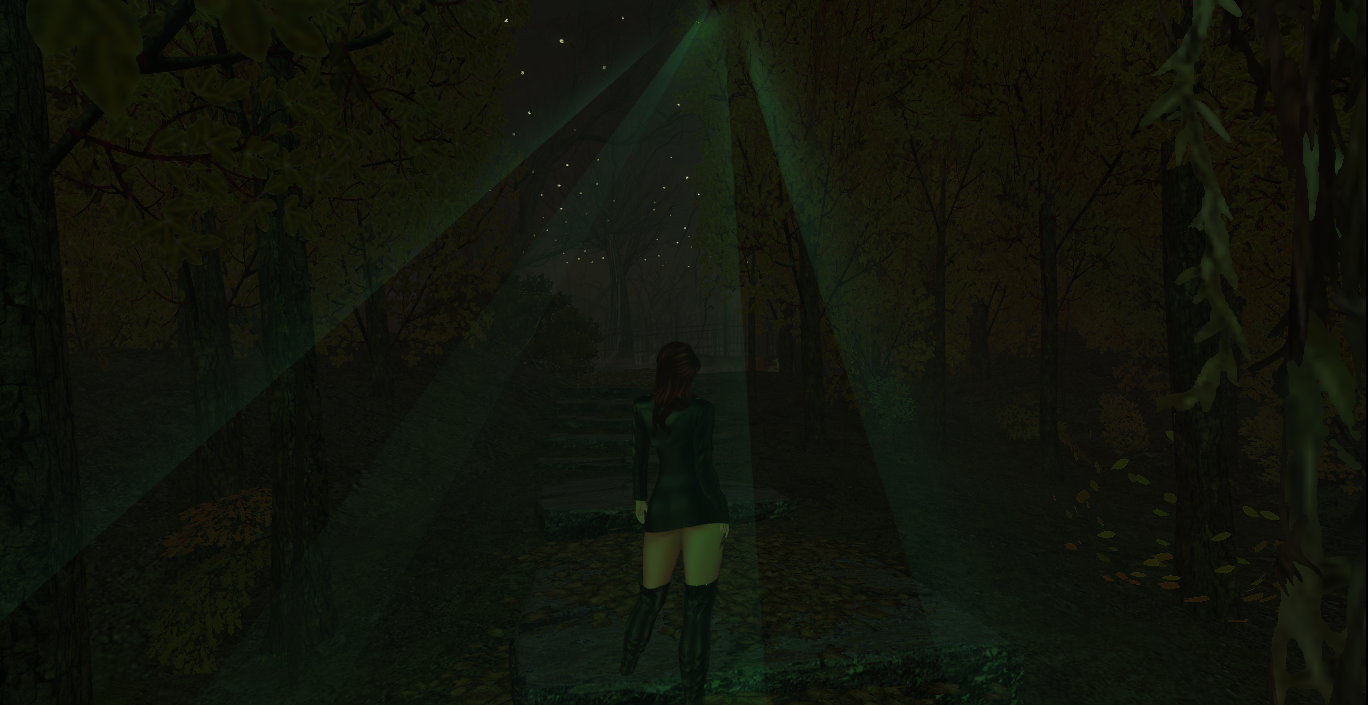 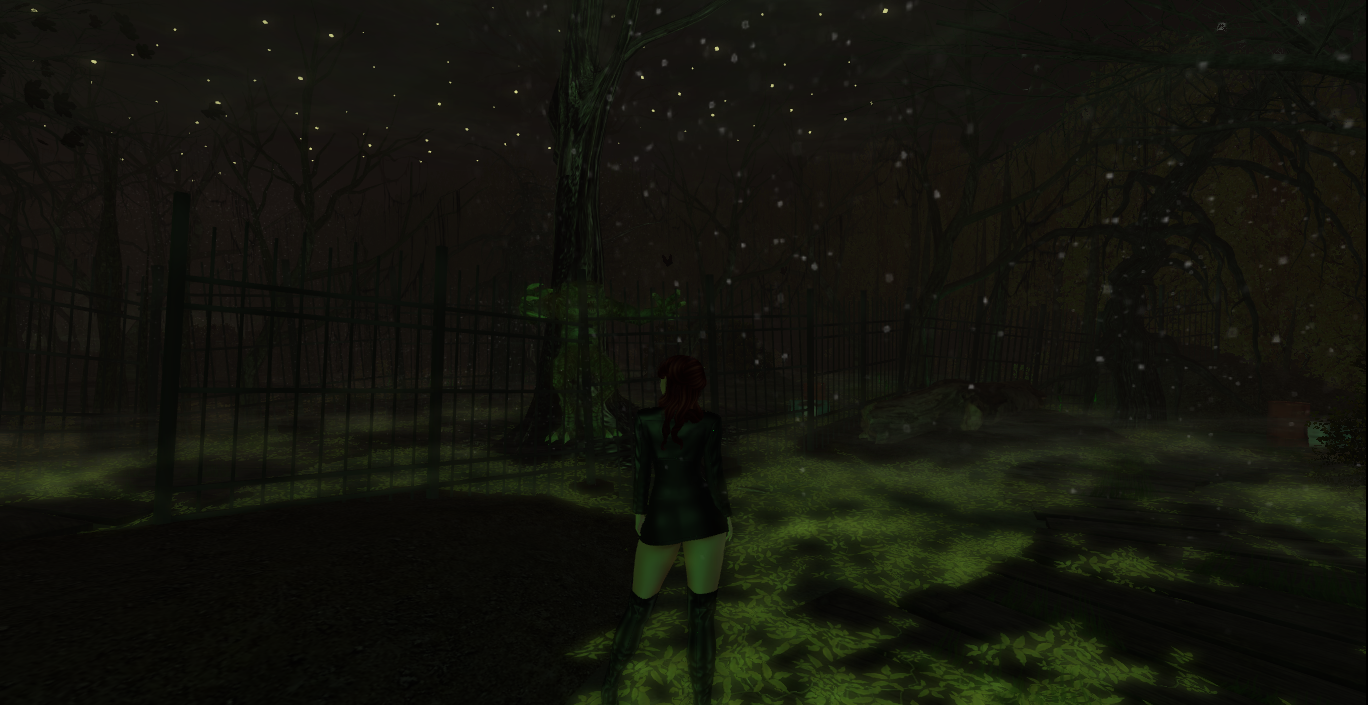 and follows the path and the light till she sees a graveyard. 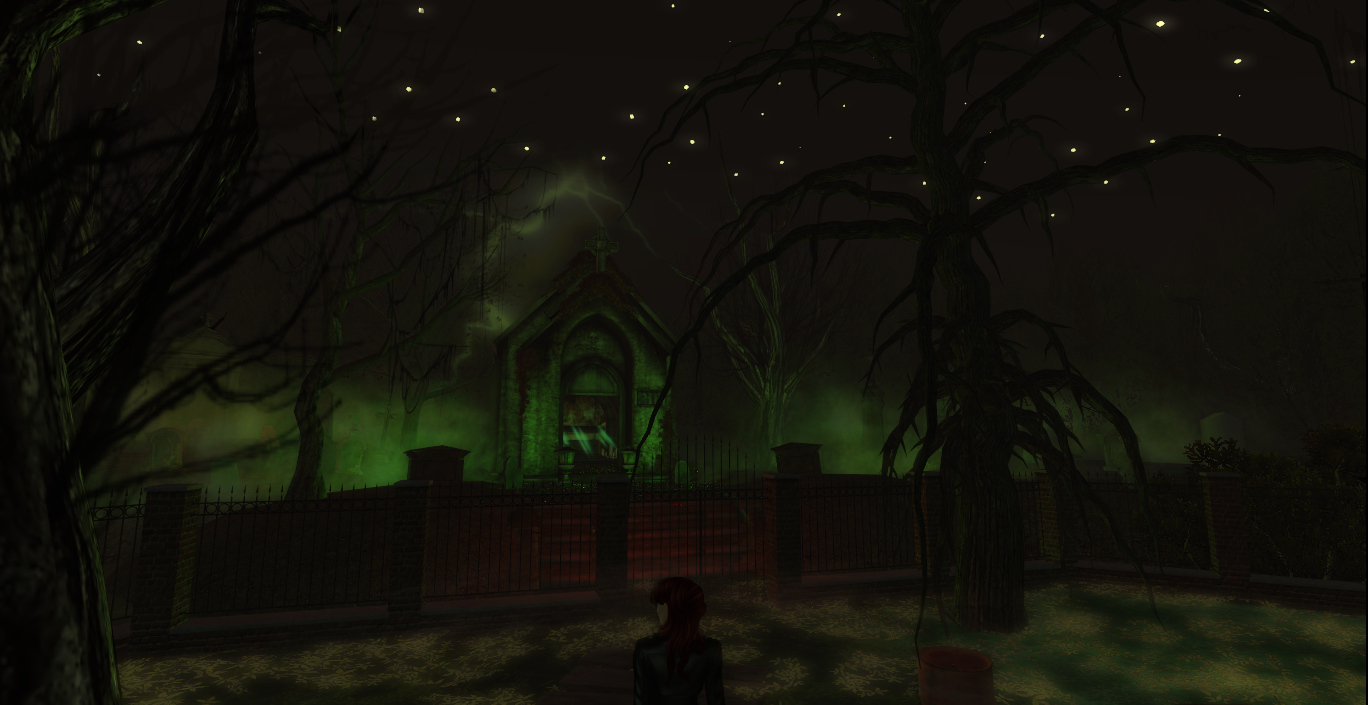 Something large and furry lunges out of the dark towards her and into her path.

She raises a hand planting it on it’s chest and pushing it away, thinking it best not to harm the local denizens when not on her own territory. She flashes her fangs in it’s direction and continues on into the graveyard.

Ava is well aware that she is in fact the deadliest thing on the prowl tonight.

Entering the crypt in the graveyard she finds herself in a maze of tunnels,seeing again the green light Ava follows it to a room full of hanging cages.

Here the tunnels divide and she must explore them all to fin the way out, where she comes across several specters haunting the tunnels. 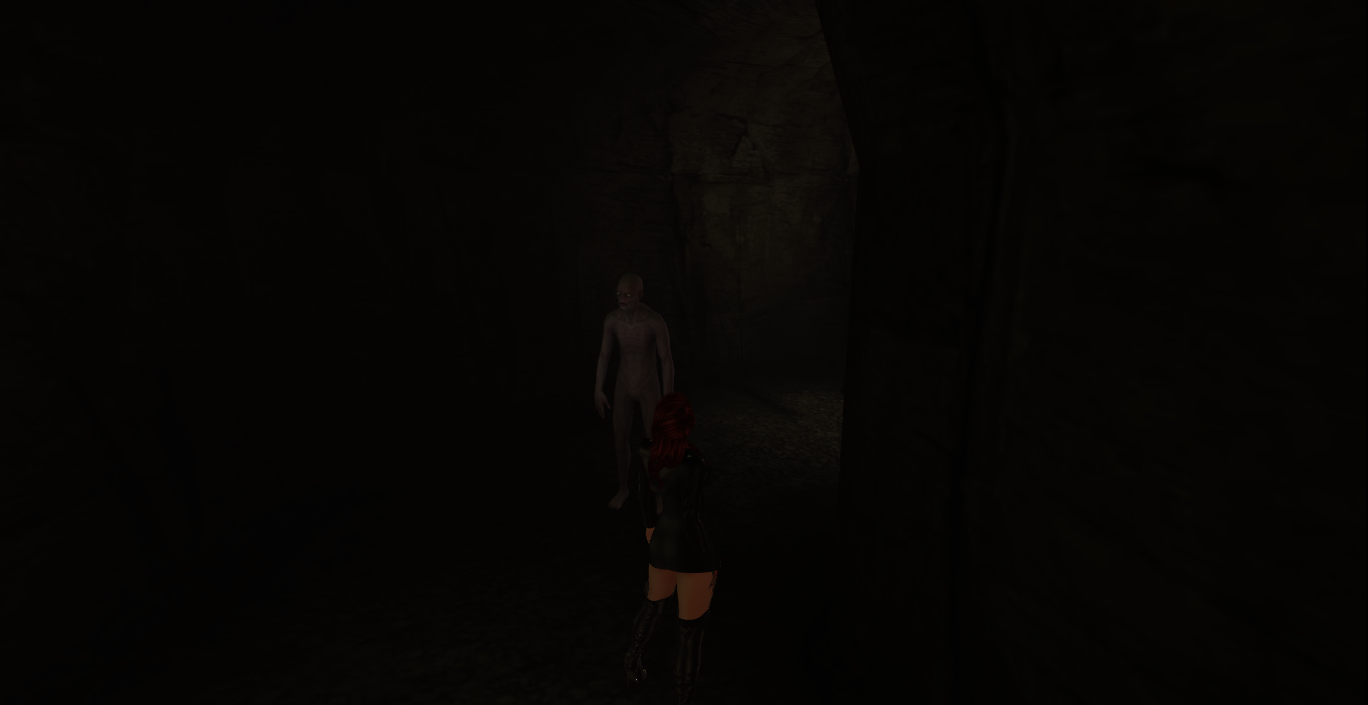 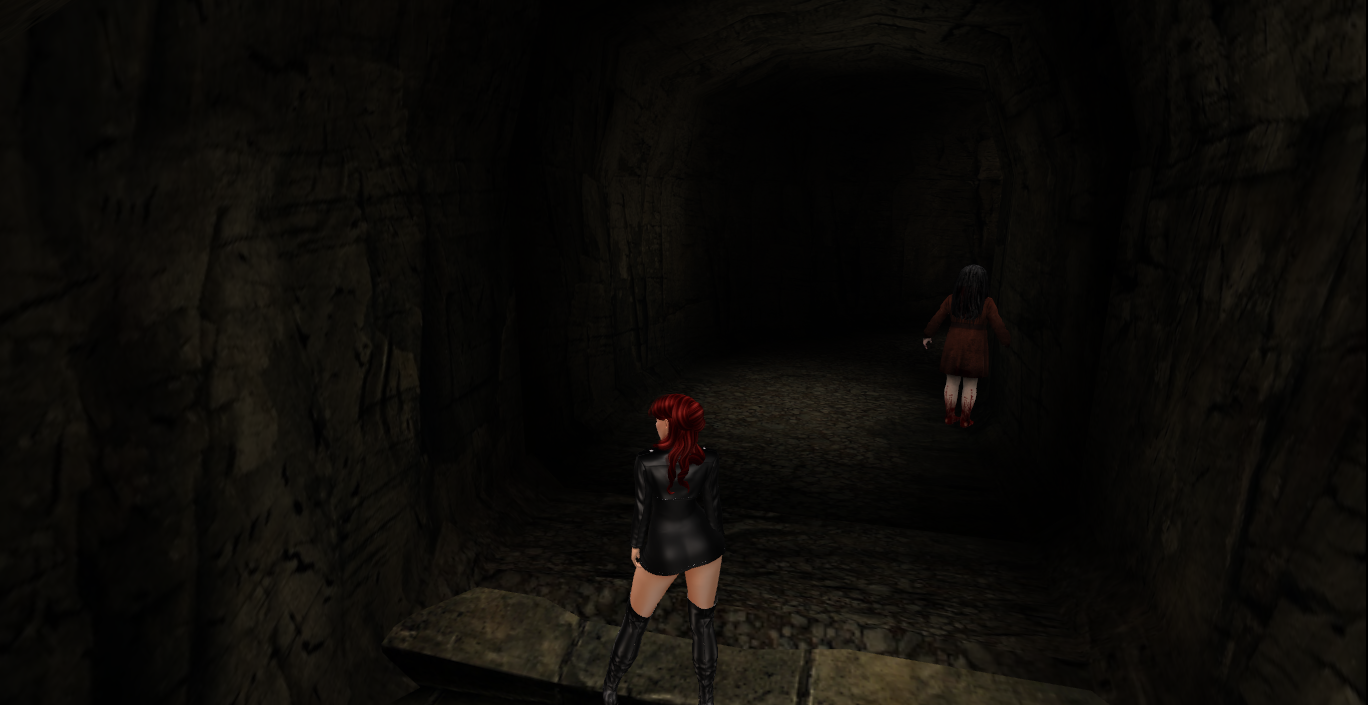 She also encounters one very large living inhabitant of the cave, a large spider

Ava retraces her steps and in the process finds what must have evidently  been the former residence of the spider, clearly some had tried to keep it locked up.

Having found nothing but dead ends, Ava surmises that perhaps the spider is hiding or guarding something, which may include a way out. She returns to it’s cavern looking for a way past it and finds one, passing through a a very gory room, but the lack of cobwebs makes her think it’s not the spiders work. 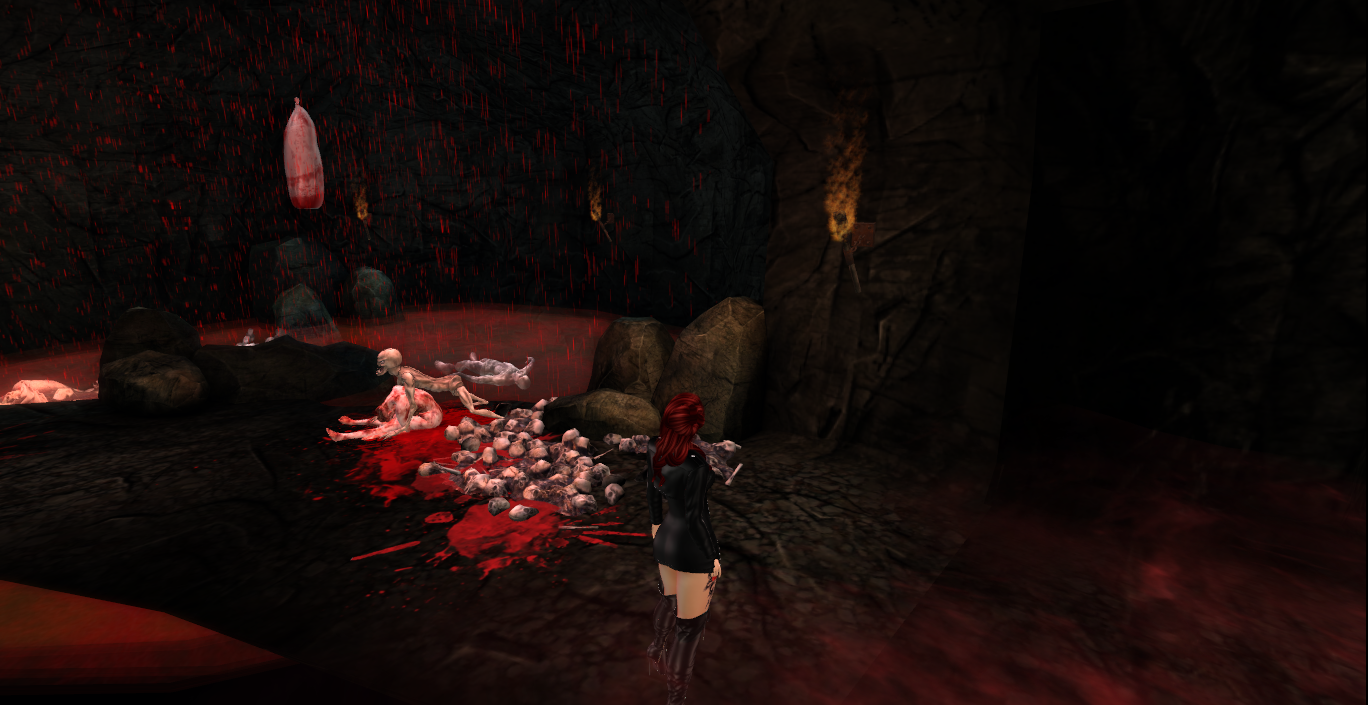 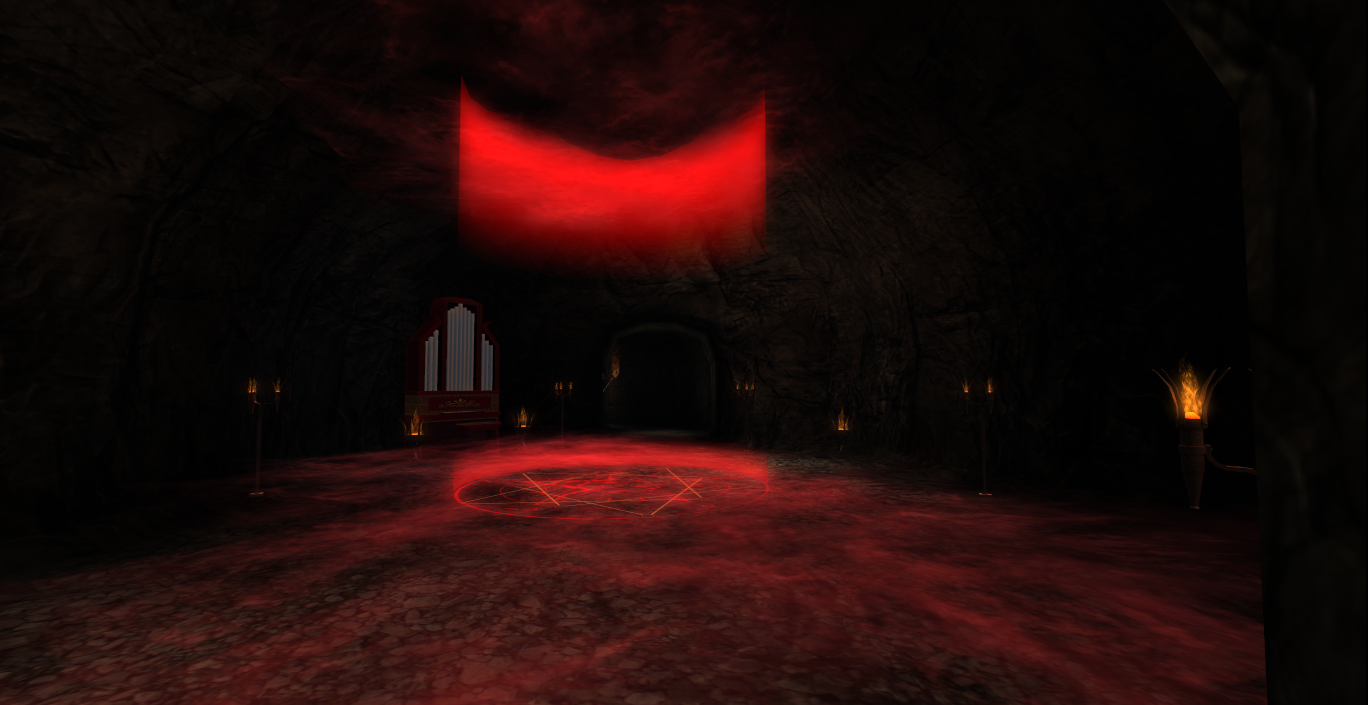 Beyond it she notices another phenomenon, presumably what the spell was used to create, a glowing portal. 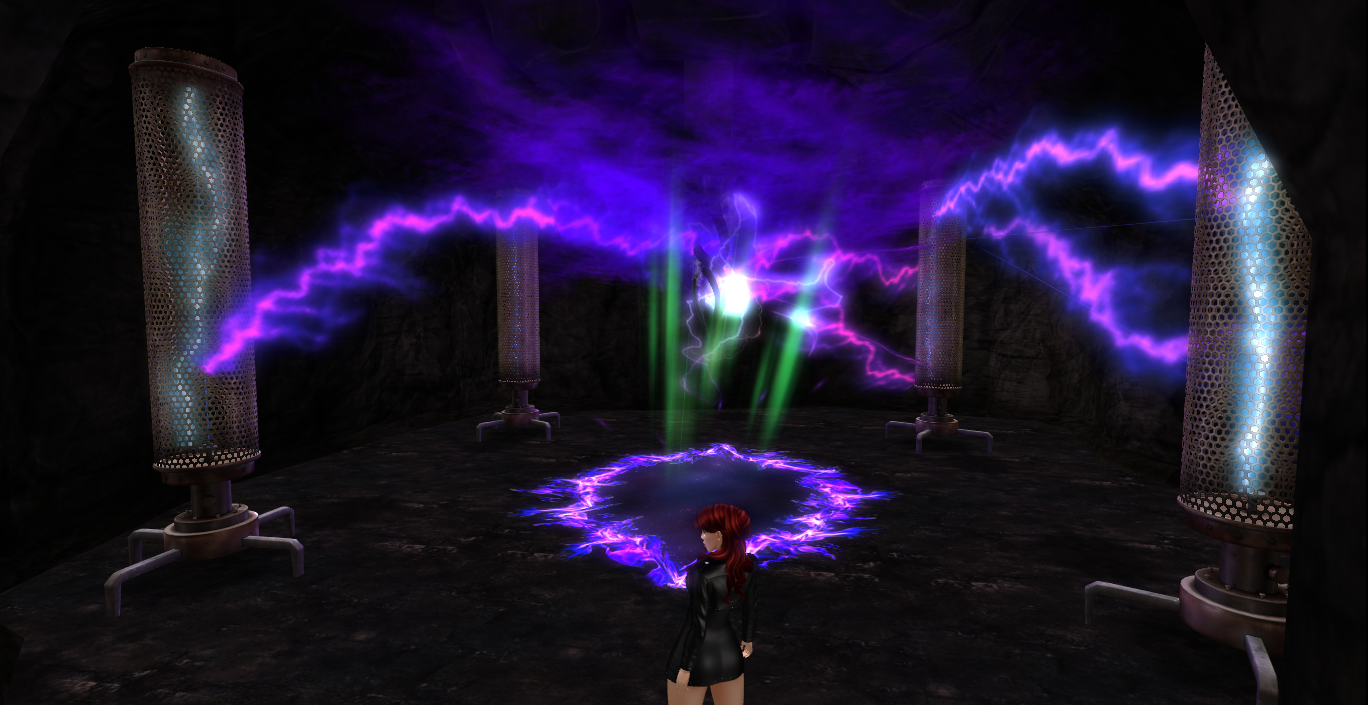 Since she has run out of options for where else to go, she takes a breath and steps in. 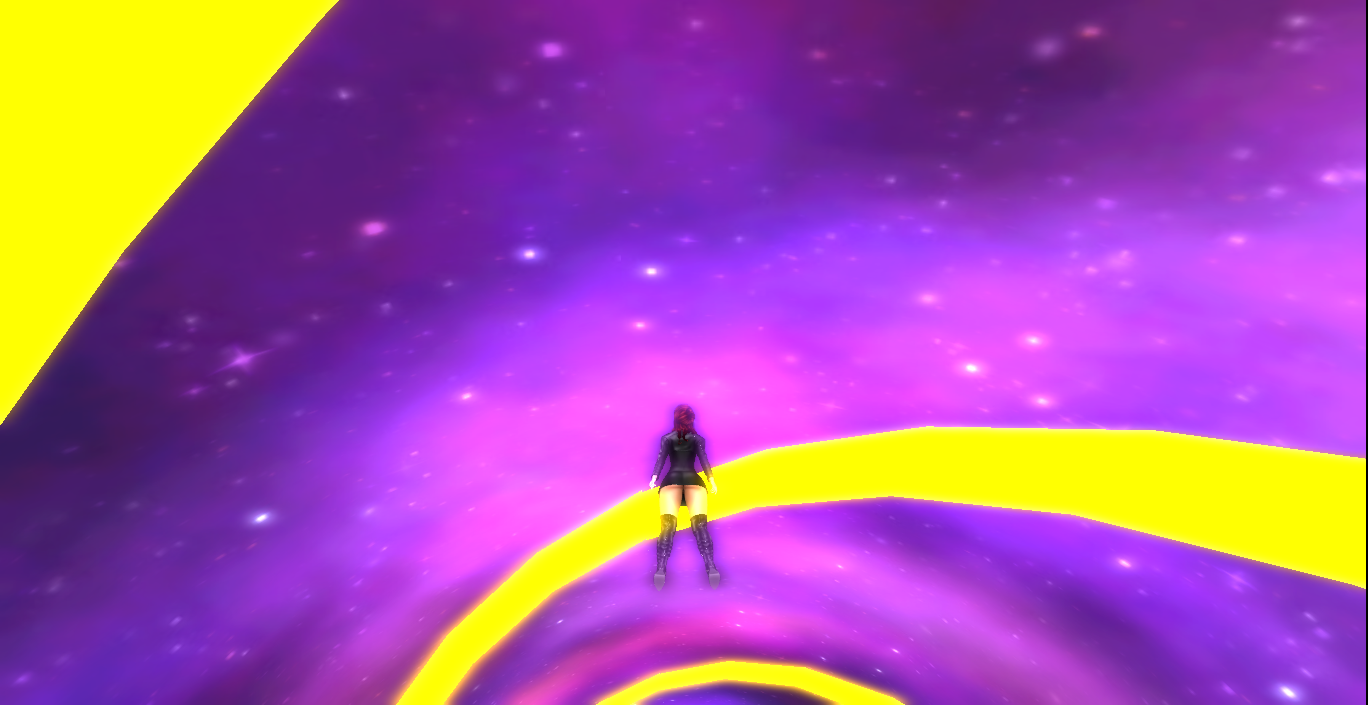 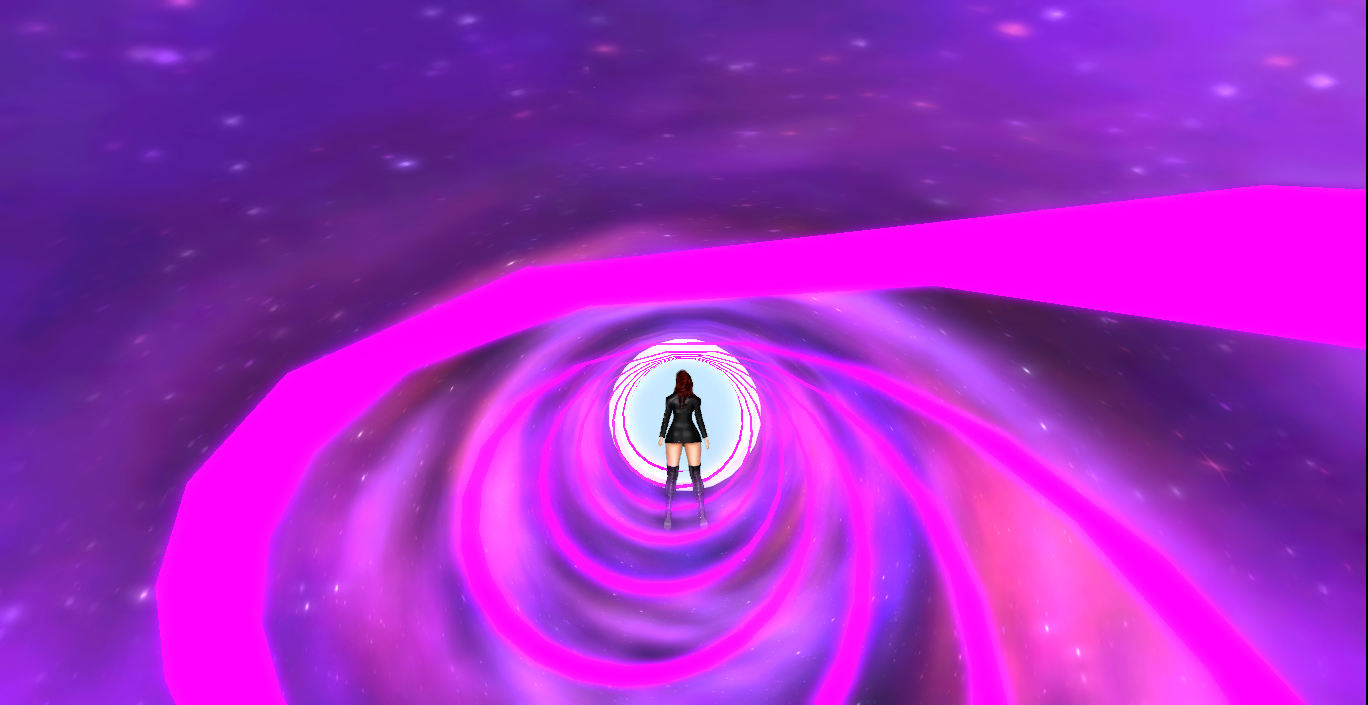 After what feels like an eternity of falling, Ava lands in the middle of a cornfield, an unexpected place for such a means of transport would deliver someone,but at least she was out of the tunnels.

She wanders the different paths, finding various sights on the way 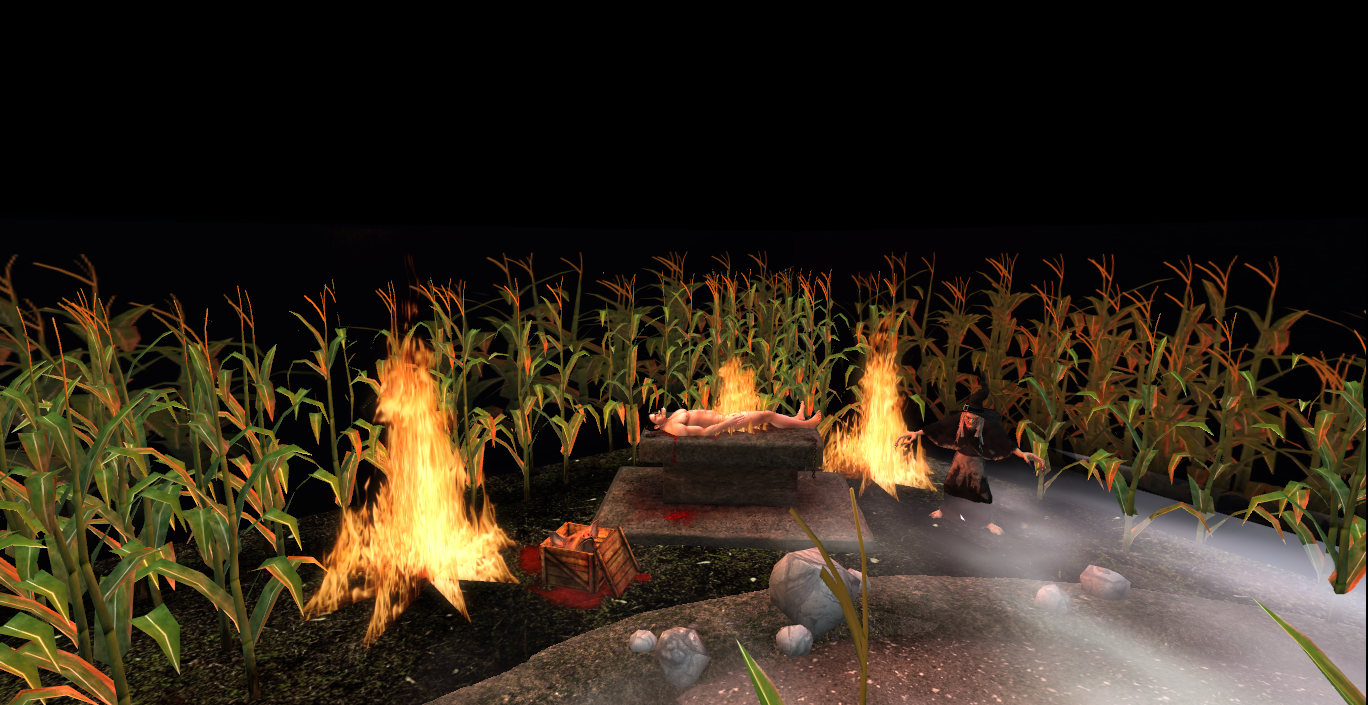 Finally one of the paths does not end with a confrontation with something un-dead or un-human and she finds a familiar face and a way out. (I’m not going to spoil it all!)

For more information about the Haunted Motel, read the blog by my dear friend Sheree Honeyflower HERE.