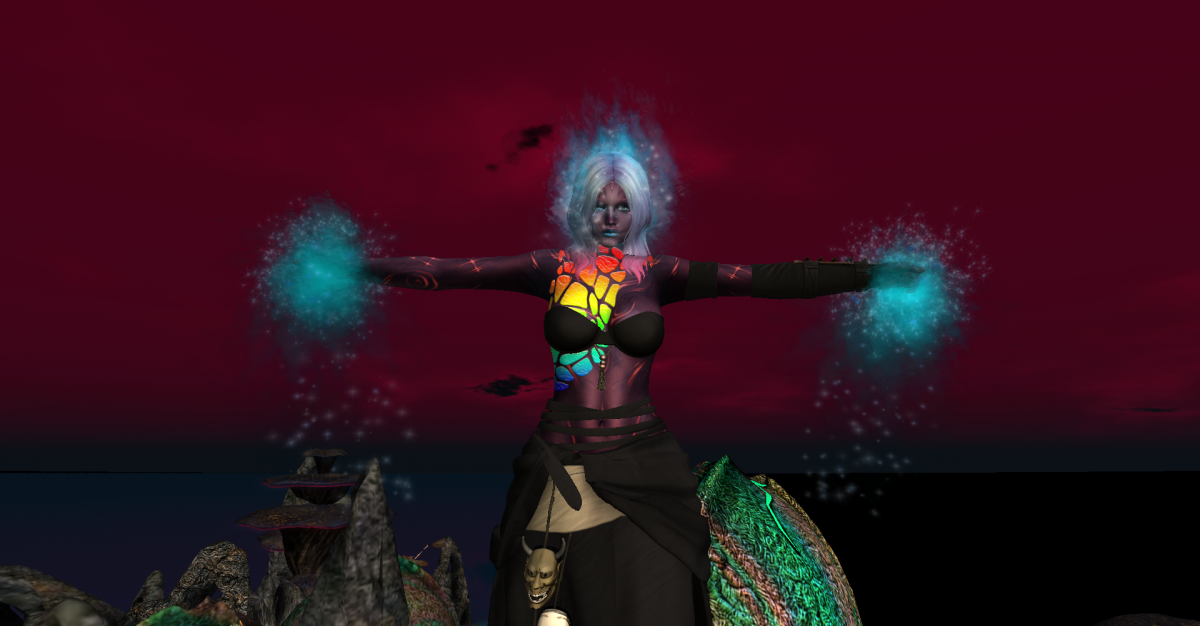 A year has passed since the spectacular explosion among the stars that was the self destruction of our sister planet, Cassiopeia (a Faire Folk story I wrote last year) by its remaining inhabitants. We mourn their loss but they had let the memories of our origins be forgotten. They had stopped performing the rituals that kept the subterranean beasts of our twin planets where they belonged, underground.

They had become shallow lip service festivals instead of a nescesity for survival. These rituals reinforced the spells of magical confinement enforced on the reptilian beasts that would consume us all.

The responsibility for this fell to the descendants of the original spell casters, that were marked by brightly coloured patches on their skin. It was a pale remnant of ancestors whose bodies were covered in such and could weave great magic. Strangely this didn’t always follow in families, sometimes an unrelated child may be born with the marks, the dormant powers floating around in the population gene pool to surface randomly. Some saw it as blessing others as a curse, but regardless, all knew the child would have to seek us out and be trained for the sake of our races survival.

Most of the time we wore long hooded robes and kept to ourselves, some among the population resented the power we could wield, even if it was much diminished from our ancestors. But twice a year at the Solsices we emerge and perform the required ritual to reinforce the magical barriers that keep us all safe.