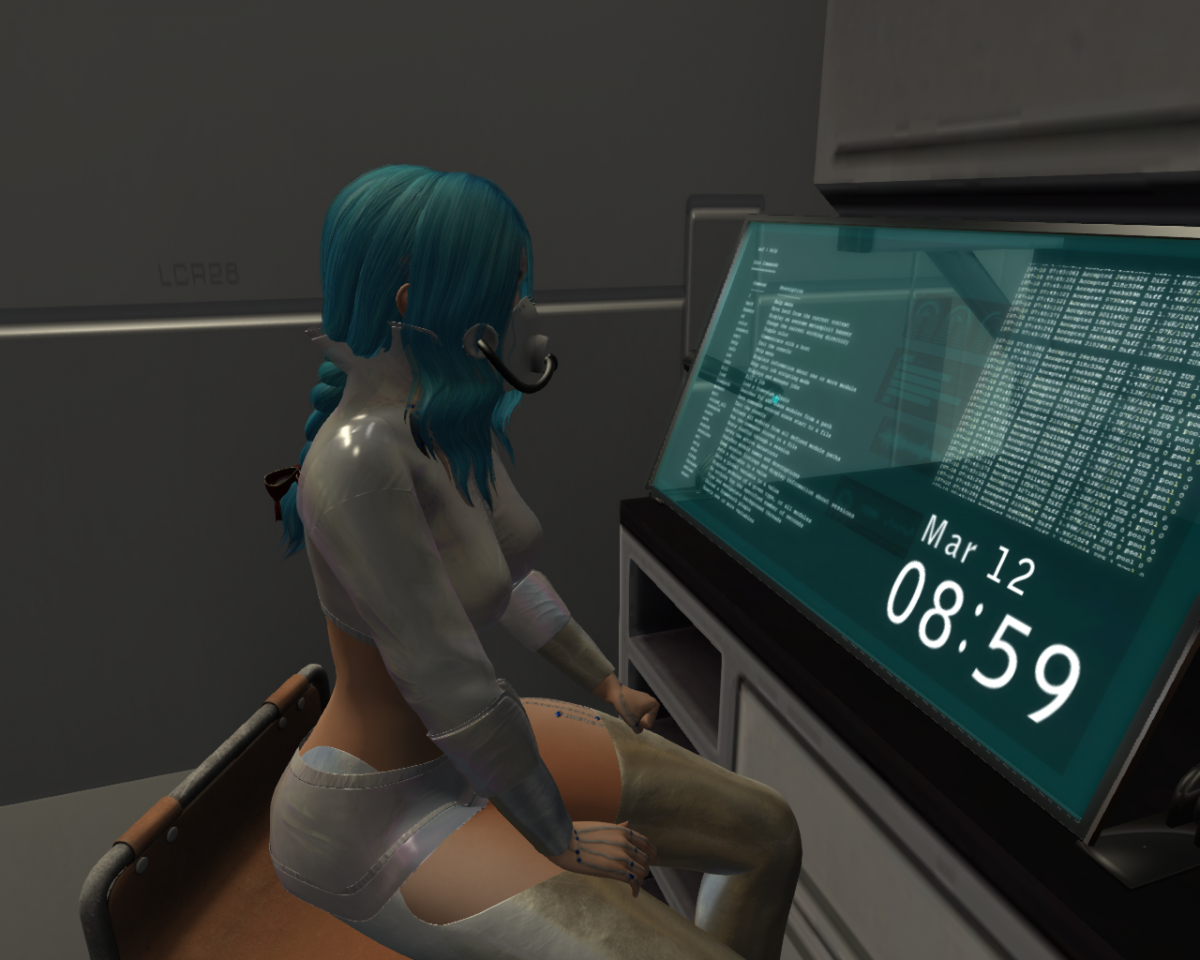 Ava creeps around the lab looking for anything potentiality valuable she might be able to steal and sell at whatever place they all end up at after the evacuation. She finds an assortment of vials that look interesting and stuffs it into her bag. She had worn white in the absence of a lab coat so at first-glance she might be overlooked and the sheerness of it might distract those that gave a Second-look, that would give her at least a moment to escape.

Why she had bothered she wasn’t sure, everyone else will be in too much of a panic to care about a pilfering Scav.

She tries to be careful as she goes round, not to knock over any of the test tubes and vials on the work benches, since there had been protective masks hung outside which she’d donned out of self-preservation sense.

On the way out a terminal that has been left unlocked catches her eye. She looks around for a flash drive in one of the desks and finding one she sits and waits as a large directory labelled “Classified Projects” downloads.