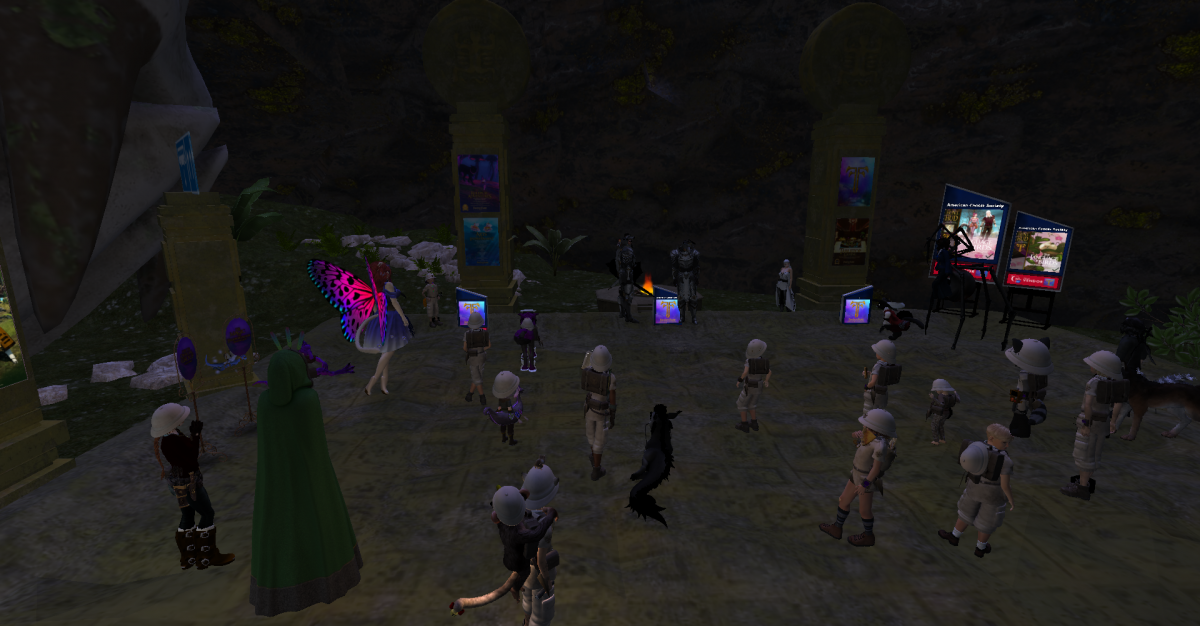 The children of SEE attend the auction to bid against the Rift Knights for the Horn. In the preceeding discussions and during the auction, things get particularly tense and friction rises between all present.

The Rift Knights said they would listen to the Childrens evidence about the Fractal creature, but ONLY if they handed over the horn at the auction, otherwise they would no longer be allies and they would consider the Children theives for bidding against them for the stolen horn.

The Children countered that they would hand over the horn if they won,ONLY once the Knights had listend to the Fractal creature and their evidence.

So a stalemate. When the Children won the auction the Knights still pleaded with them, like sore losers, to hand over the horn claiming it was a simple matter of Right and Wrong. The Childrens point was how can it be Right to destroy a creature they believed was an emodiment of the Knights ancestors.

The Knights departed with threats that the ritual to destroy the Fractal creature would go ahead swiftly with no delay.