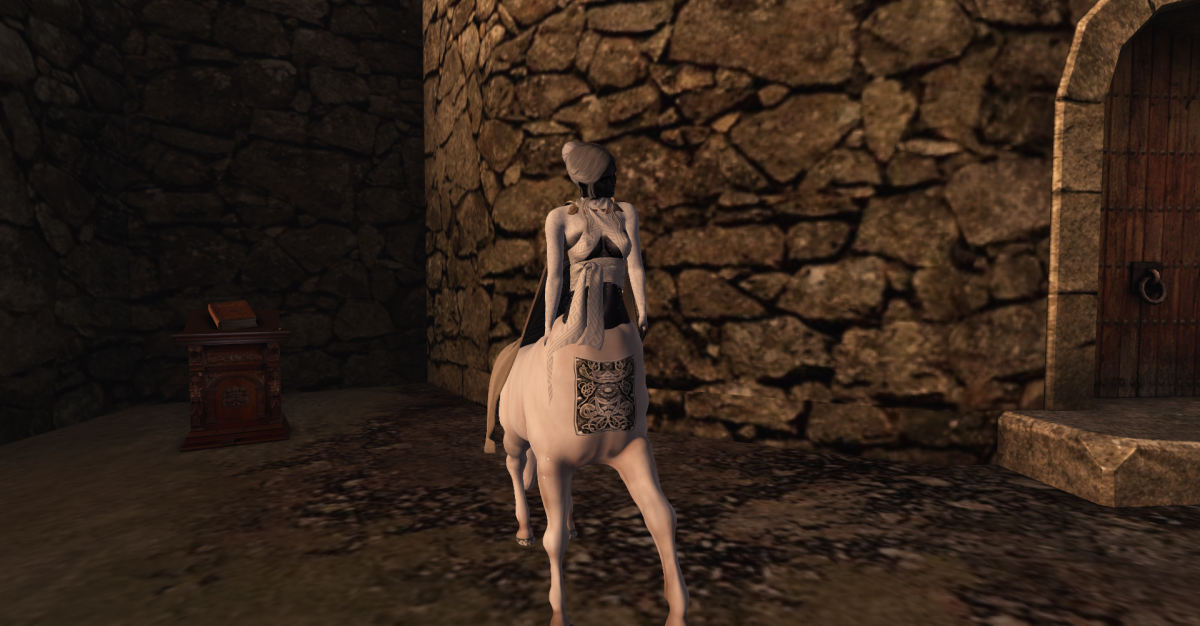 Last night I attended an introduction to Roleplay at Ancient Order of Centaurs (AoC). I’ve written about this place before, most recently covering a couple of their Fantasy Faire events.

This intro was about the type of RP they do there, both formal and informal, along with an introduction to their roleplay HUD based on the Unity system.

They have lots of different races at AoC, but mostly all are variant of “taur” which is usually a mix of human upper body and animal lower body.

We had a chat to begin with about who had what kind of roleplay exerience as well as about the different races and houses that you can be a part of at Centauria. Next we were taken to collect AoC Roleplay HUDs, based on the Unity Maxim system.

If you can just about read the text above my avatars head, I chose for now to be Merchant Class, but we shall see if a story develops along that line or not, but it’s easily changed.

The system allows the use of items and currency that we can exchange and use in Roleplay, this is currenty what I have after yesterdays induction:

Featured on SecondLife Community Blog on 20th May 2022