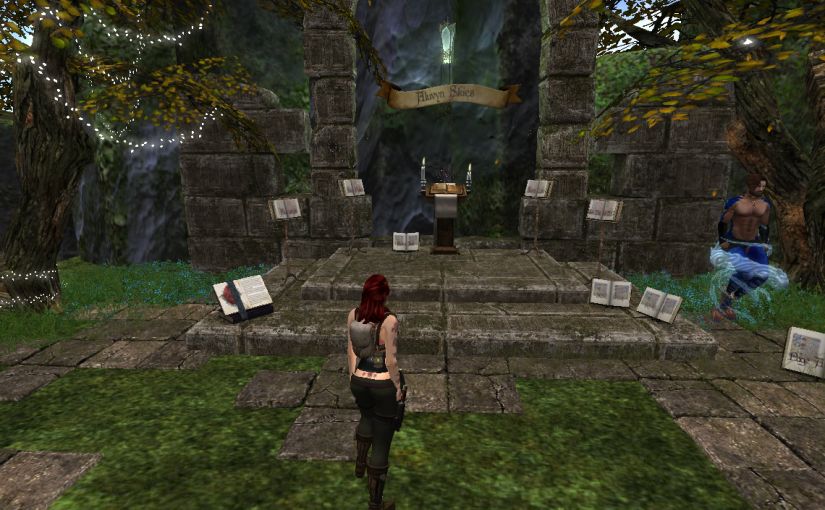 This interesting place I came across via a Discord Server called “Seeking Roleplay” where people can chat about roleplay and related topics as well as advertise locations. This is the description given:

Aluvyn Skies… In a world where everything hovers over an ancient Abyss, and one mis-step can mean death… or worse… how will you choose to find your fate? The floating isles of Aluvyn are home to a host of creatures, some familiar, some fantastic, but all are an integral part of the story, and we’re looking for you to join it! Come join us in this unique medieval fantasy world, and see where you fit in – or not… Perhaps it’s your time to make a difference instead of just ‘get along’… Both dark and light creatures fill this universe, and each has their own allure, but you won’t know where your place is unless you try.

It certainly sounded alluring so I went to visit. It’s divided up into a number of different areas, with intriguing names.

Usually I’d insert my images in-between those quotes of local chat, relating to each specific area. However since several times the messages weren’t always triggering when I landed but when I was leaving by the nearest TP arch, it wasn’t always clear which was which. So rather than wrongly organize the images, I’ve made a gallery of all the snaps I took. Of course doing it this way should also be more incentive for you to go explore for yourself.