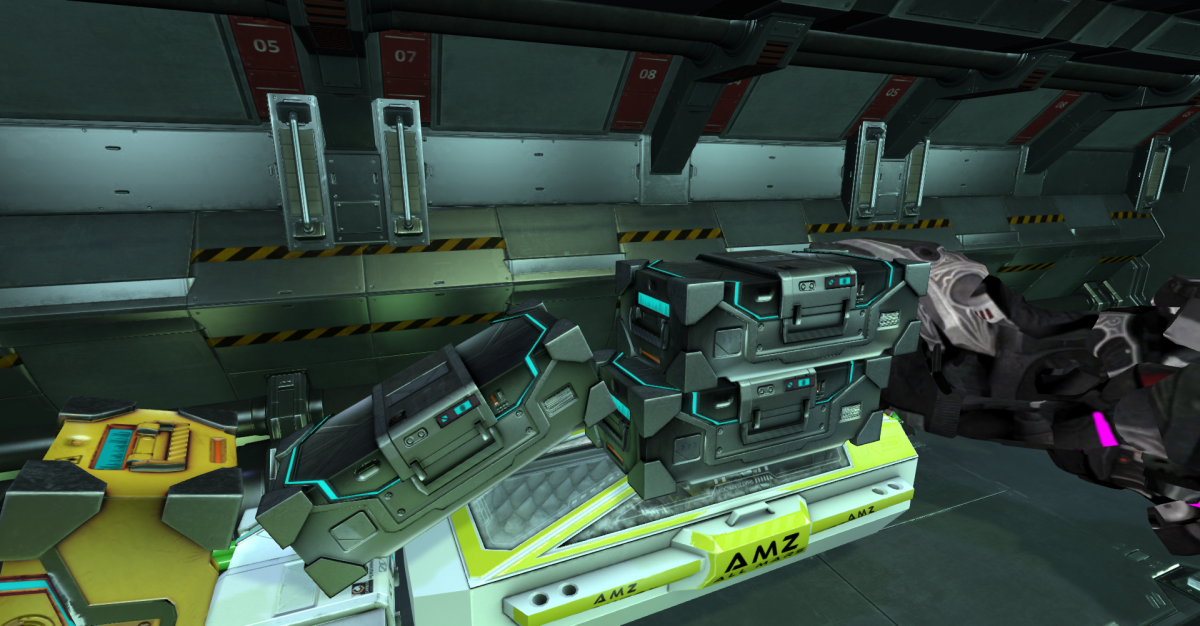 Ava wakes in darkness. Reaching forward her hand hits the inside of the capsule and the control panel lights up in front of her. She activates the exterior cameras to see where she ended up..Wall, crate,slightly further away wall..and a purple detailed hover bike that can only belong to her friend Vic! She’s in the right ship at least. She mentally catalogs her gear of use. If Vic is on board, tools will be more useful than weapons to her so Ava snags the compact kit that’s standard issue in the capsule along with her weapons; 2 company-issue handguns with spare clips and a tazer, not fatal to a human but in Vics hands very Terminal to bots.

She presses the hatch release of the capsule, there’s a hiss of seals then a clunk and nothing happens. She looks straight up out the capsules window and sighs, the goons have stacked a heavy crate on top of her. Looks like she might need to call the office. She reluctantly activates the capsule emergency beacon then brings up the communications menu on the control panel and starts preparing her report for Head Office.

Ava transmits the report and reactivates stasis mode, all too aware of the time it may take the message to arrive, depending on current location and rotation of plantets. Hopefully there’s an AMZ drone or company craft nearby that will relay the emergency beacon signal faster.