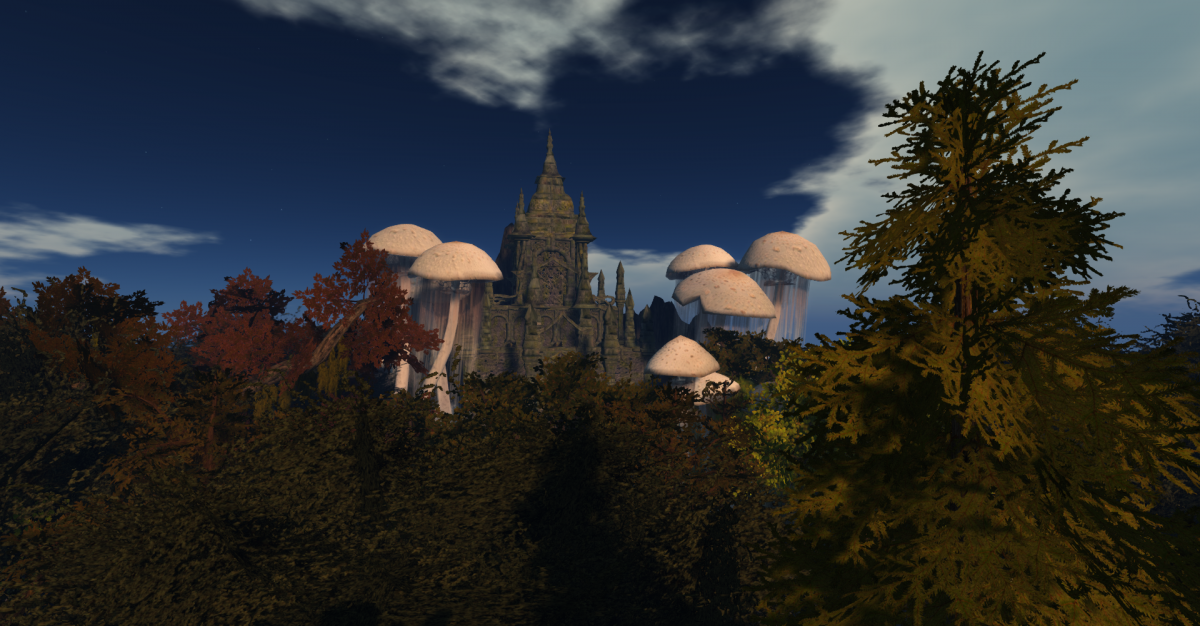 In Part 1 of this post I covered the Central Market and brief snaps of The Surface and the Aurora ship. Now I’m going to expand on those, first the Aurora. When you arrive on the scaffold it feels very dark, but I didn’t realise why straightaway. I headed down the steps towards the lights of a tent. The place is surrounded by hydroponics capsules for growing food and wind turbines for generating power. Inside the tent loks like field equipent, like they just arrived.

If you look upwards you can see why the place is so dark, the massive looming form of The Aurora above you. 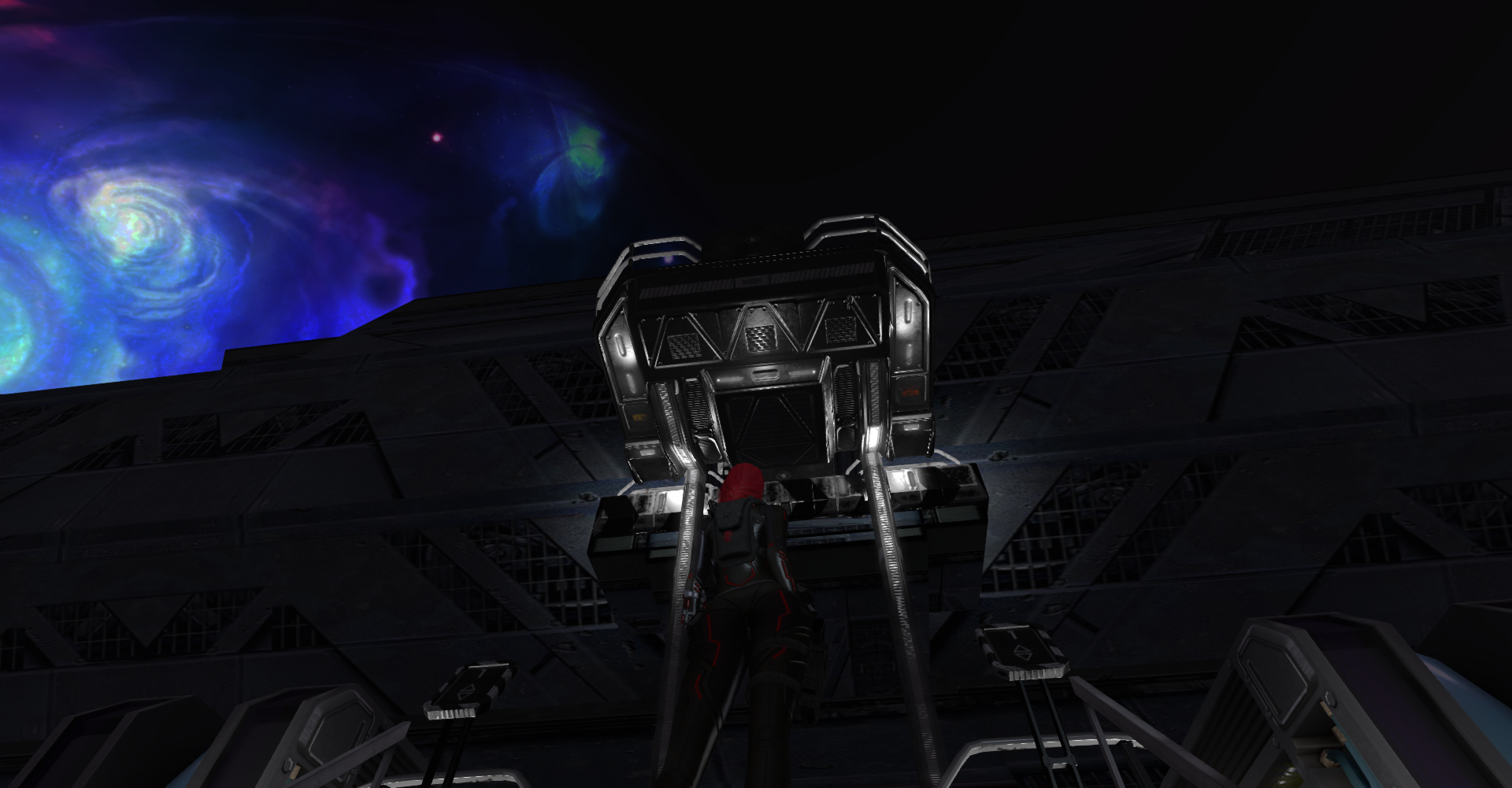 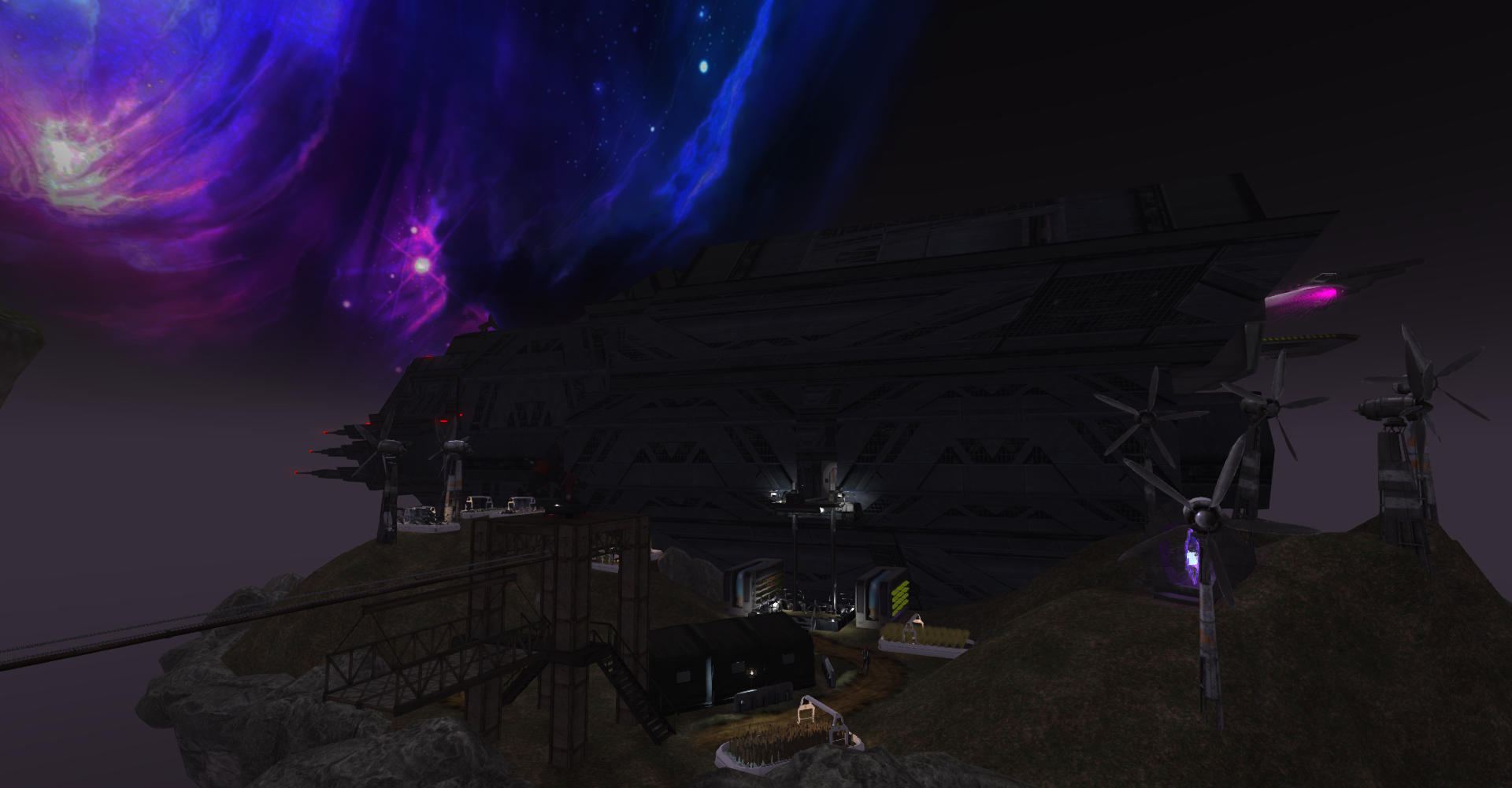 You can see here the sheer scale of it is pretty impressive! Taking the lift at ground level takes you up into the ship and the entrance to a massive complex maze of corridors.

I’m not going to do a step-by-step tour here, the place is just too big. Here’s a few of the highights.

Now to head back down to the Market and from there, the Surface. The lift drops you above a wooden palisade wall which made me think of a Gorean panther girl camp, but don’t worry it’s not. Just old RP memories on my part, the metal staircase dispels that thought rightaway. 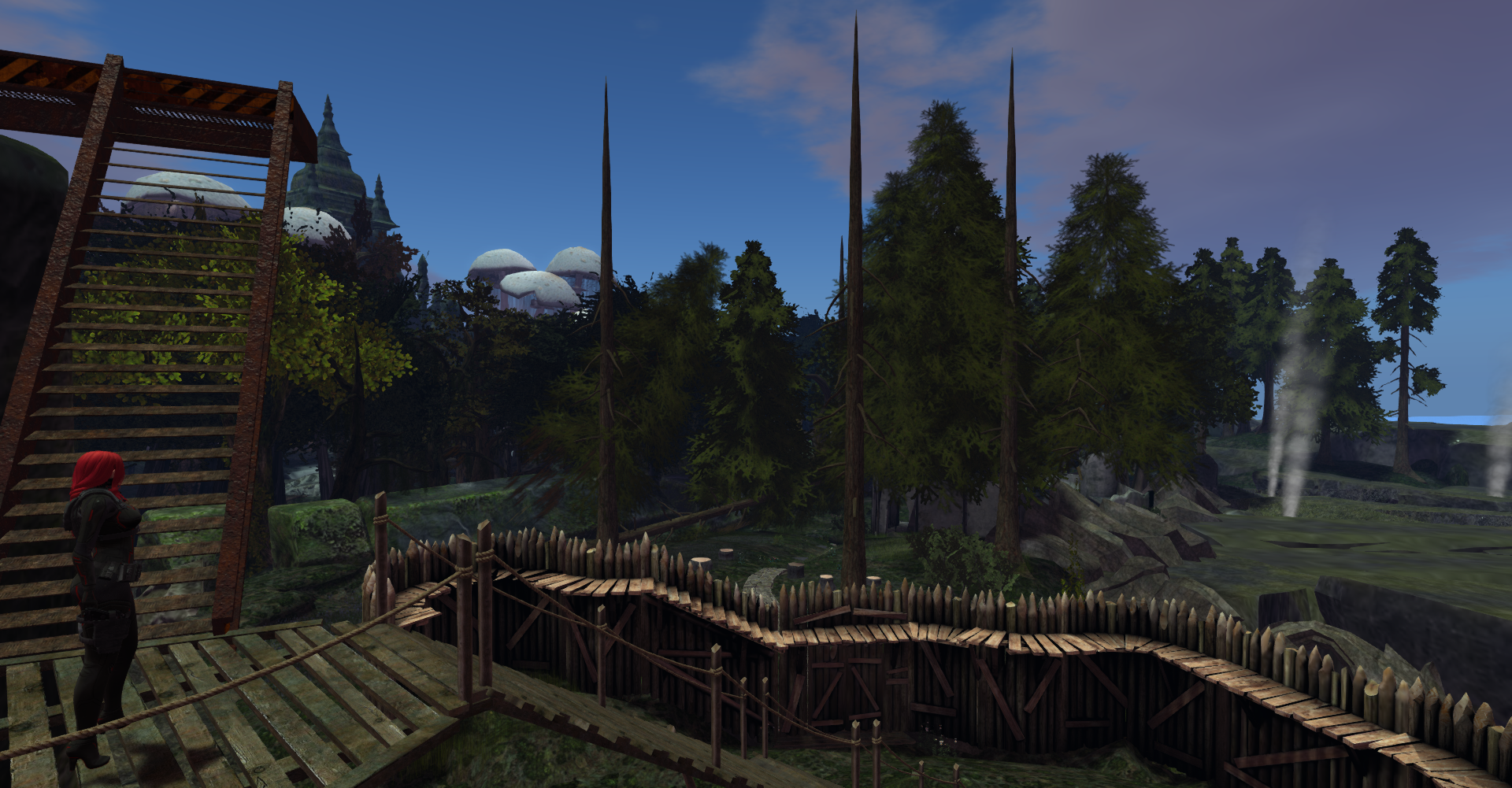 Down the wooden ramp and out the gate is a path through partly cleared forest. 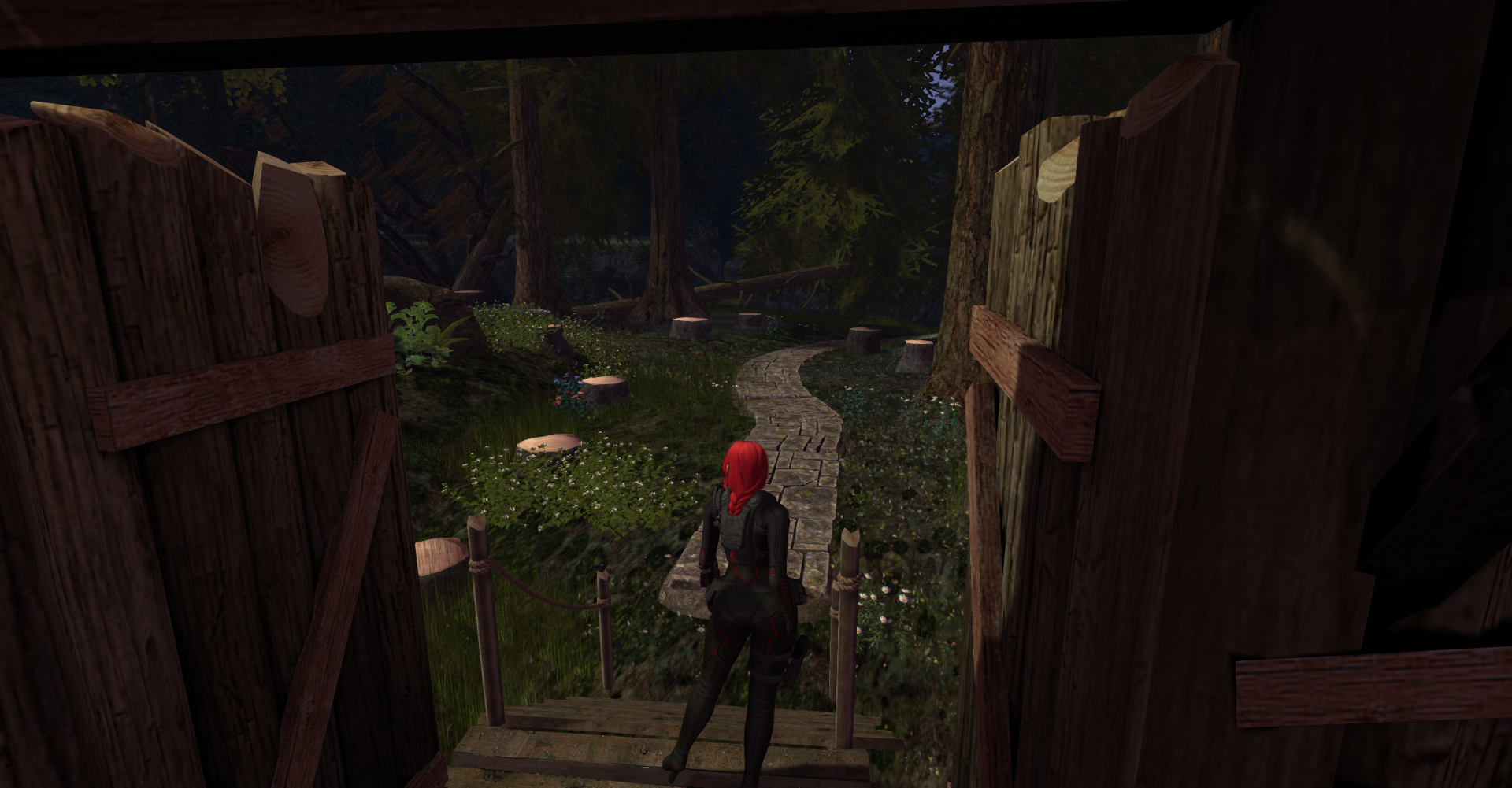 Not so unusual until we take a look around whats on either side.

Heading first to the steam vents I can see the extend quite some way, but it’s what’s causing the steam that’s more worrying.

Next I enterthe woods and investigate the stone ruins, the tower proves quite interesting..

Having seen that beautiful building in the distance I just had to have a closer peek, which involves going through a swamp though. 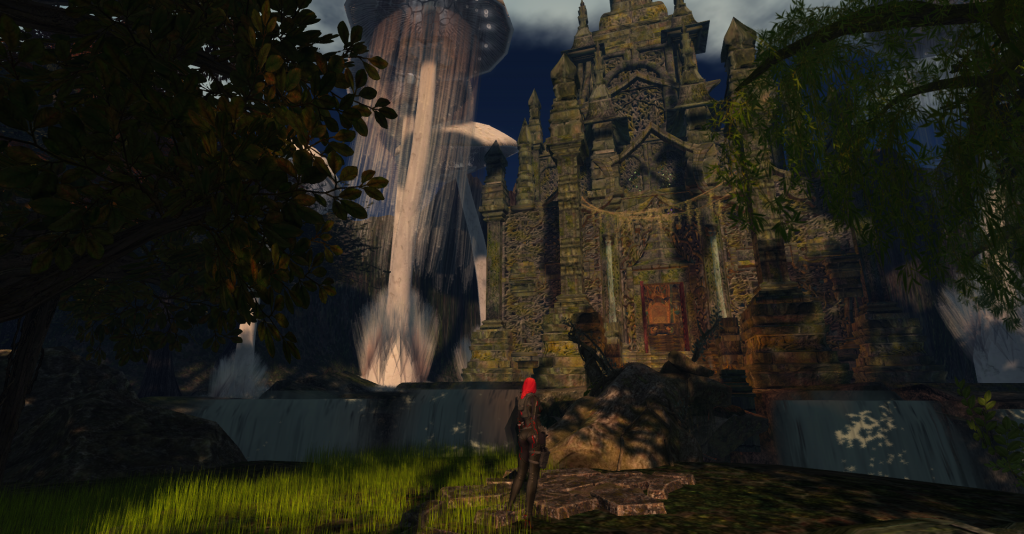 I’ll leave you to explore the inside. While I was exploring, one of the community asked if I’d found the ice cave yet. I hadn’t so they showed me. It’s down underwater so you’d have to know it was there to find it I suspect. There’s an NPC down there too.

As you can see this place is huge with lots of locations to roleplay. One thing though had me and possibly you wondering..where’s the Lust? There’s quite a few kinky toys about the place, but not really Lusty as such. However it doesn’t take too much imagination to think that maybe the portal pictured below (that can be found near the ship Aurora) is perhaps said Vortex of Lust.. 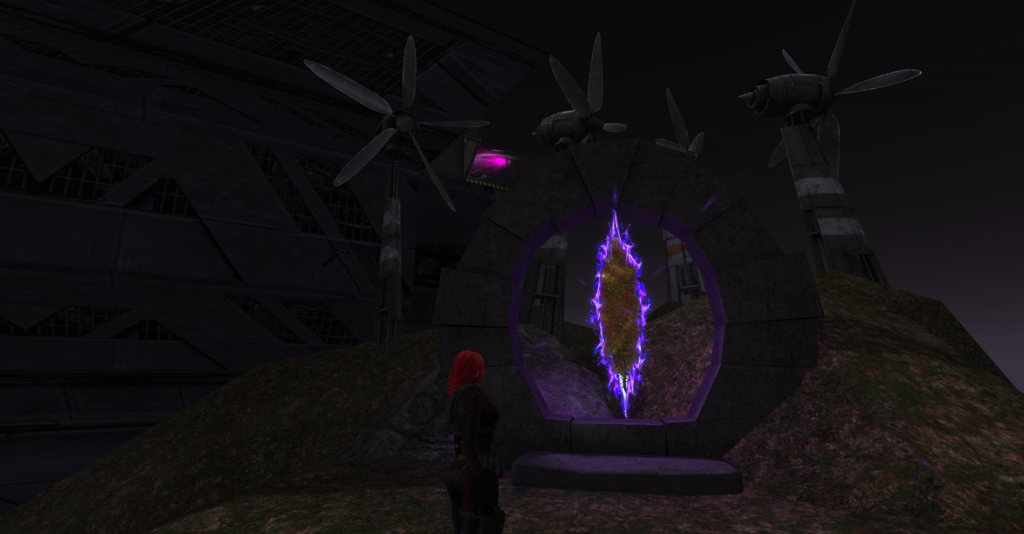 Even less imagination required from the other side, which has a beautiful fantasy landscape you should defiitely come and explore.

One thought on “Vortex of Lust – Part 2”