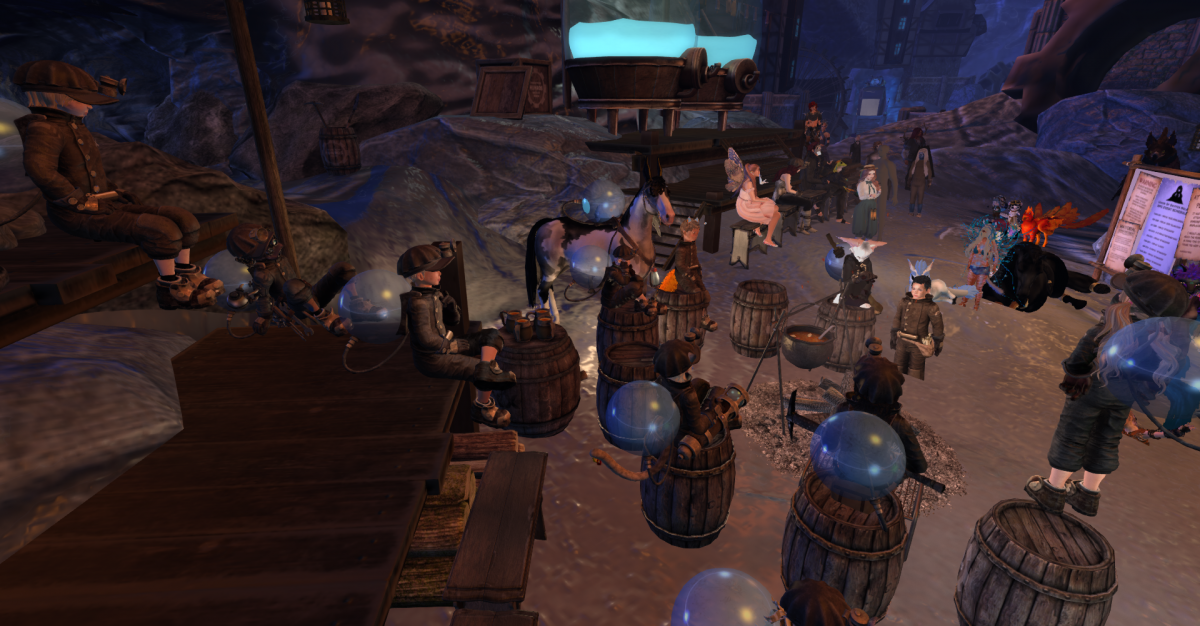 Each time the Fairelands return, the Childeren of Stories gather to solve a mystery and save the Fairelands from the agents of The Unweaver once again. This year it revolves around Huntros Mine. In tonights beginning of the story, Tepic, Star, Niki, Taylor, Freya, Winter, Lillith and others told stories of the historic founding and myths of the mine, as well as it’s Union of Sniffers (Magic miners). The stories also told of children having dream-like memories of other places and the Guardians of the Fairelands (references to previous roleplays), including talk of the Unweaver and it’s helpers, the Shadows.

The storytelling came to a close and the Children and onlookers moved to the town square where the Mayor of Hunros was going to make an announcement.

The news was not good. The Mayor told everyone that they would no longer be mining magic using Sniffers to find it, but with machines to mine directly from the source. The Sniffers would be “Re-educated” to use the machines when they were constructed. Obviously this didn’t go down well with the miners! Re-education begins tomorrow at 1pm SLT, so make sure you come along to see what happens next!

Of course you can’t do any kind of exploring without the proper equipment, so you can get your own at the camp:

One thought on “Childeren of Stories Part 1”