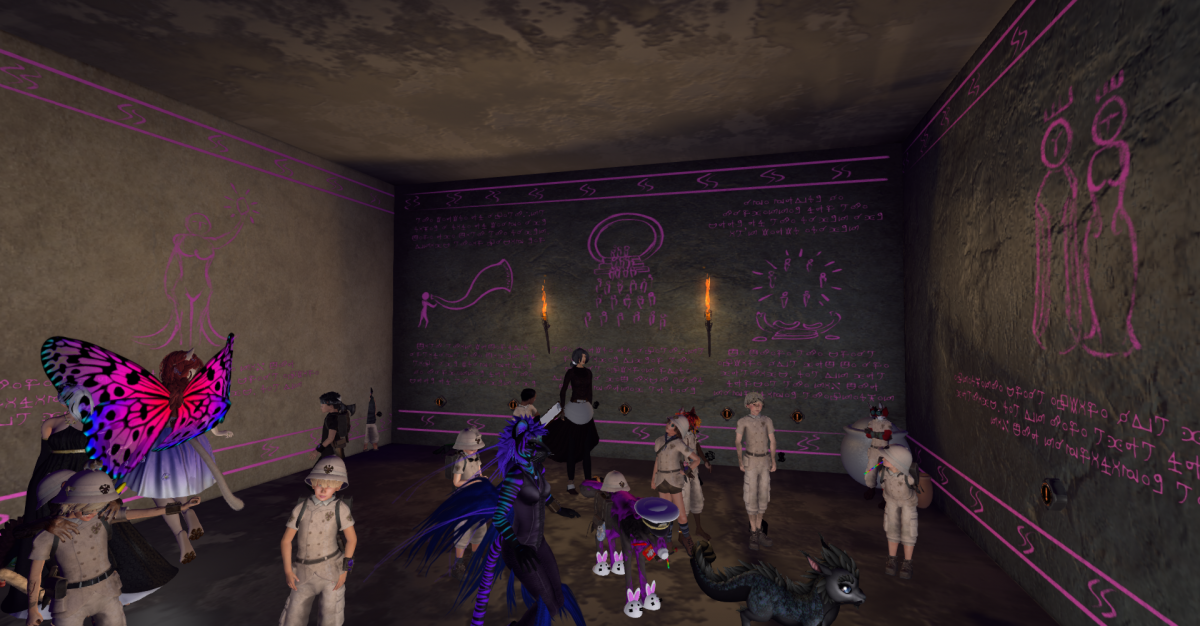 The children experienced a series of loud noises and flashes of light while at their camp, similar to those near the Fractal rift creature that they had captured. Worried that perhaps it was escaping the went to check it was still contained.

The cobbled together trap seemed to be straining a little, but was holding the creature, for now. 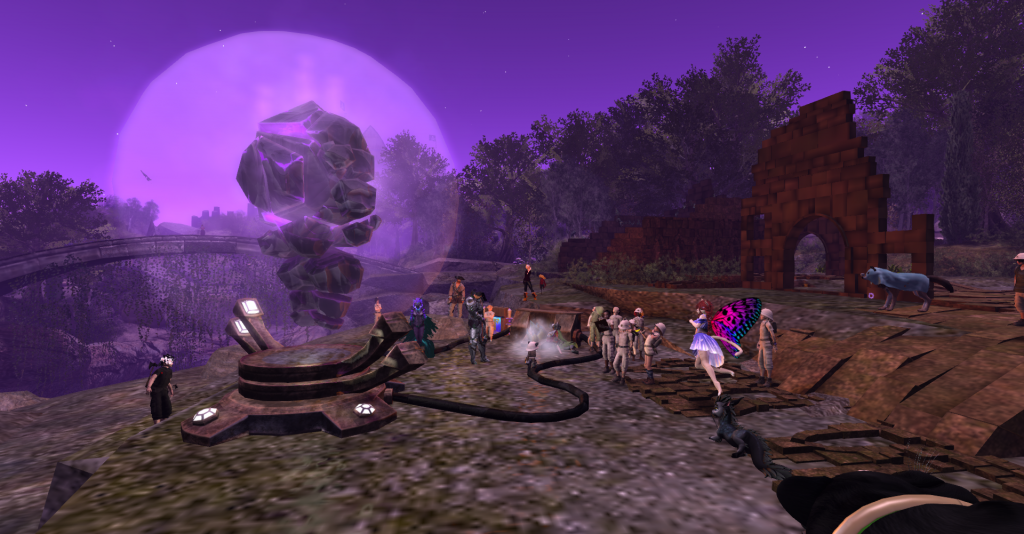 To everyones surprise it started communicating with them, with halting, slightly confusing speech it gave them some clues to find the missing Professsor. It also seemed to thank them for capturing it, although it was difficult to tell why that was.

The children took the references to tombs, statues and books and worked out where the professor may well be found.

A dark cave at the top of a steep set of stairs is the entrance to a dark passageway leading to a tomb.

Sure enough the professor was found among some very strange carvings on the walks. The professor tells how he had not been kidnaped but instead ran away and hid in this tomb, when he was attacked at the camp.

He reveals that this tomb is what he had intended to show the children. The inscritions on walls talk of peices of a horn scattered across the rift, that when assembled, opened a portal for the previous inhabitants of the Rift Valley to escape a great evil. The portal was destroyed after they departed to prevent them being followed.

The Tomb of Truth: The Goddess stands holding justice high and looks out towards the resting place of truth.

The People of the Smethyst lived a life of peace and were with thelands. Using their magic derived from the mystical lines in the earth the Amethyst people creat the Horn of Azibo.

With this power artifact the winds of time and place could be harnessed for the good of the lands and it’s people.

The people of the Amethyst remained under the ***** until a new High Jahl was ******. The High Jahl executed a plan to use the Empires Rift Gate to lead the people to escape.

And once the last of the Amethyst people was safely through the Rift Gate the HOrn of Azibo was destroyed standing ******** . All but one pece of the Azibo Horn were found and are not hidden across the Amethyst waiting for the day when our sins will be forgiven.

The Tomb or Contrite: The High Jahl and his queen stood tall and proud. These two figures watch over us all.

The Tomb of Sin: Where darkness dwells and hatred grows, in it’s centre the sins fester in sorrow.

Everyone returns to camp to compare the information the found at the tomb with the Professors notes.