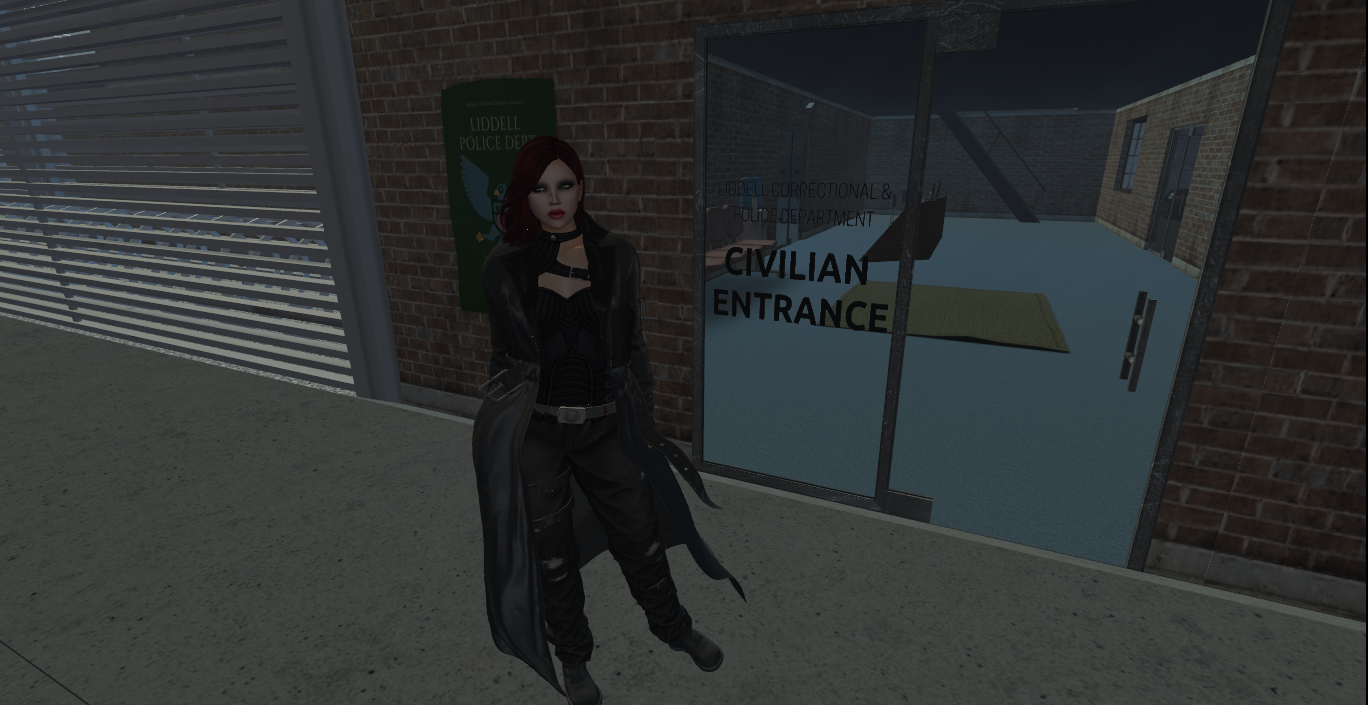 Back in 2014 as part of a project exploring roleplay (RP) in SecondLife I visited a prison sim. I spent a little time there IC to get the feel of the place but didn’t like it much!

However I did make friends with one of the guards and we’ve remained friends since.

Recently we were catching up and she came up with a suggestion that I come and RP at the place she now does, Liddell Correctional Facility. The idea was that I might act as a freelance bounty-hunter, brought in to help bring back escapees. So we did an intro rp.

However before I could begin rp’ing there I first needed to put in an application to the Admin team. Part of which required writing an RP scenario for my chosen character role. I thought it would make a nice blog post, so here we go.

First here is part of the intro RP to set the scene:

[03:05:26] Ava Delaney opens the door and steps in confidently
[03:06:12] Megan Sandalwood-Sommers looks at the woman and smiles, politely “Ms Delaney?”
[03:08:08] Ava Delaney nods “yes, that’s me” smile slightly at her friends formality
[03:08:31] Megan Sandalwood-Sommers nods her head and says “Megan Sommers, I’m the Corrections Sergeant who the Warden might have mentioned when you spoke with her on the phone. I thought we might go somewhere more…informal”
[03:09:55] Ava Delaney: Yes, that would be preferrable I’m sure.
[03:10:31] Ava Delaney pats her bulging hip “I’m guessing you’ll want to take this?”
[03:11:48] Ava Delaney opens the jacket slightly to show the pistol handle and a badge that’s hard to identify with a glance
[03:14:42] Megan Sandalwood-Sommers : “I thought we could head across the road, the Warden confirmed to me it would be fine…somewhere discreet…I’l you’ll allow me”. She moves to the door and opens it
((we moved across to the club building opposite))
[03:16:32] Ava Delaney sits and stretches her legs out putting her feet up on the table

And now my RP for the application:

Having received the file on the latest escapee I head across to the bar to sit and read through it. Having a habit of always wanting to know where the rear entrances of places are, I detour to glance down the alley at the side of the building and see it’s ajar. Either a member of staff wanting a smoke has left it open or someone wanted to try and enter unobserved.

I head down the alley to the door and glance through and notice it’s darker than it should be, someone has put out the lights at the back of the bar, so I draw my weapon and step through. There’s a door that must open next to the rear tables where I’d had my meeting with Sgt Sommers a few days previously.

So I slowly step up onto the end of the stage behind the curtains, a glance tells me the the main club is empty of civilians except a waiter and nudge the curtain just enough with my weapon to see into the corner, sure enough there’s someone in a jumpsuit stood in corner and the lights on the wall and nearest table are out. From their posture they’re watching the main room, not the rear, obviously taking a breather before making their next move, if they’ve even planned one. 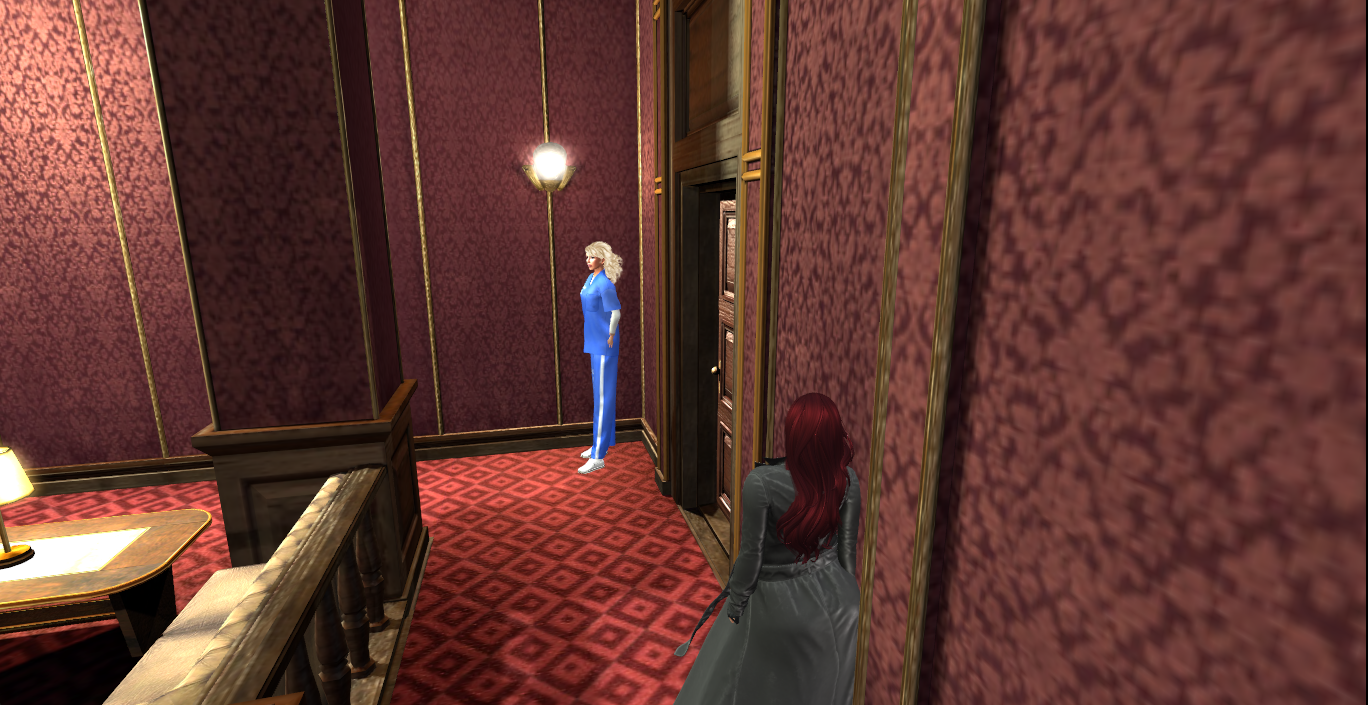 They move to open the door next to them and find it stuck on a bag of garbage I’d put in front of it from the alley. I shoot at the already damaged light next to their head.

“I said STAY STILL!” I say louder.
“Hey!” they yell “you can’t just shoot at me without warning!”
I reply “why not?” as I fire again finishing off the remnants of the lamp to keep them nervous as I walk swiftly towards them 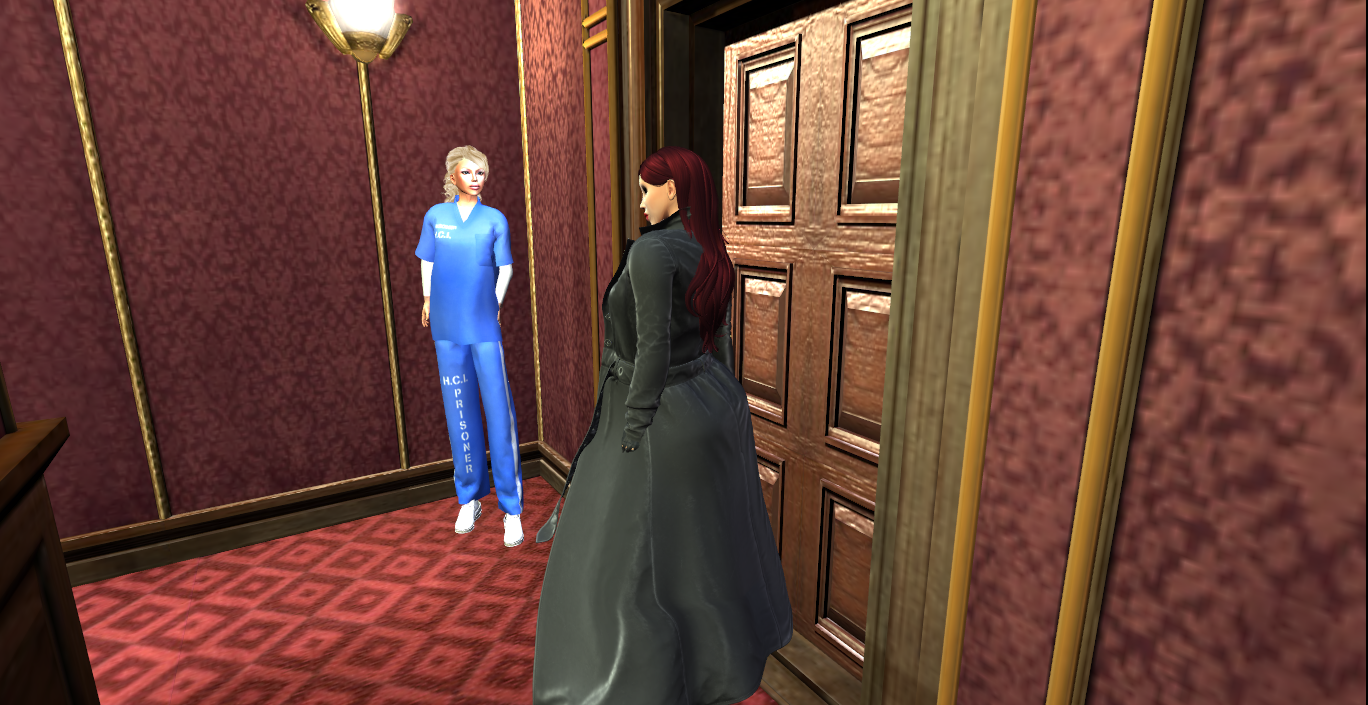 “You’re the law, you have to obey rules” they say with a smug expression, which fades very quickly as I take the last steps to bring me face to face with them and put warm barrel of my gun against their forehead.

“Wrong guess” I say as I bring my knee up into their stomach and bring the butt of my gun against the side of their head as they fold and I step back and aim my gun at them in case they’d not gone out completely.

I glance over my shoulder as the main doors burst open and the real cops arrive. Clearly the waiter had been smart enough to call them rather than intervene. I raise my other hand holding up the warrant card the warden had issued me with and say to them “Ava Delaney, Department of Corrections deputy. Looks like I found some of your lost property.”

One of the officers shouts “Lower the gun Ma’am, I don’t know you”. I look at him and reply ” Someone point a gun at that piece of trash and I will”

Another officer has moved around by the tables and already done so “I am” they say. 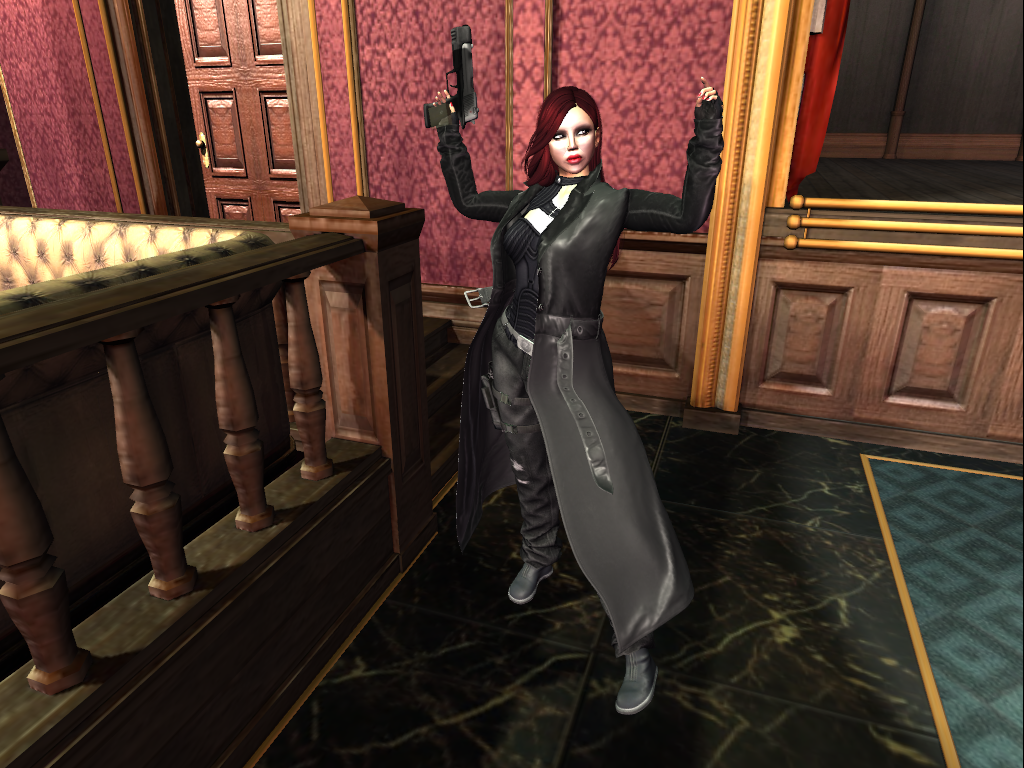 I move my gun away from the escapee, pointing it at the ceiling and click the safety on so the officer can see me doing so and lower it and pass them the warrant for inspection. “It seems they hit their head while trying to open that door to escape”

I turn away from them holstering my gun and take a seat at a table and call over to the bar “Waiter! Tea for one, please!”

Note: At the time of publication I’m still waiting to hear from the Admin staff about my application(submitted mid November). However a number of inmates have actually escaped, on the day of publication. The timing was astonishingly coincidental.